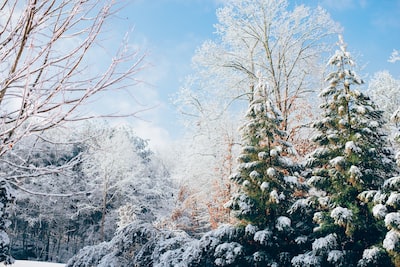 This Christmas 2020 promises to be more decaffeinated than ever for health reasons, but there is something that COVID-19 can never take away from us: our legitimate (and I would dare say tacky) right to wear a jumper with Christmas motifs with a geek twist on special occasions that take place these weeks. Welcome and welcome one more year to our traditional Ugly Christmas Sweater post.

The Star Wars saga goes a long way, not only in the movies, but also in terms of ugly Christmas sweaters, where we have dedicated its own section for obvious reasons: there are a lot of models, so it is difficult not to find one that will give us the eye.

Darth Vader is an iconic and timeless character to get it right for sure. If you also bet everything on burgundy and white, you will have a Christmas sweater with a fun and moderately combinable message. For 42.99 euros on Amazon

With the endearing R2-D2 as the protagonist, this dark but bright jumper to enhance your Christmas spirit and freaky at the same time. For 45.99 euros on Amazon

For the most daring, carefree and willing to give something to talk about, this Chewbacca Christmas jumper that lives up to its category: it is truly ugly. From 43 euros on Amazon

Very striking this Original Stormtrooper in blue, black and white that, in addition to a geek touch and the essential Christmas print, has a badass point. Available in various sizes at EMV for 59.99 euros

Ugly Christmas sweaters are in fashion and good proof of this is that the mainstream Pull & Bear has in its catalog this model with Baby Yoda from The Mandalorian on the chest, which according to the store itself is among its top sales. The sizes are running out. For 29.99 euros.

Also from ‘The Mandalorian’ but with a much more generic print, this version from Amazon so as not to go unnoticed. From 29 euros on Amazon

Marvel and DC Comics give us decades of entertainment in the form of superheroes and supervillains in comics, the big screen and the most varied merchandising. If the aesthetics of the characters is already striking, seasoned with Christmas motifs, it results in a unique garment.

This is the option for first timers and first timers in this ugly sweater who do not want to risk too much. It has the touch of the Marvel logos and the name itself on the chest, but for an ugly sweater, it is quite discreet and wearable. For 41.99 euros on Amazon

If you want to risk a little more, read on because here you have the first candidate, the Captain America jersey. Who was going to tell us that its iconic star fit so well with the silhouette of the pines? For 49.99 euros.

We got to my favorite sweater, a unisex Superman garment with bright colors so as not to go unnoticed. From 46 euros, available in various sizes.

Gold is one of the typical colors of Christmas, but this “ugly sweater” swaps it for the distinctive yellow hue of the Wolverine. Original is a while. From 37 euros.

One thing is clear in fashion: black goes with everything. So if you prefer to put aside those bright colors that we have seen in favor of more discreet hues, your hero is Batman and this sweater is a great candidate. From 27 euros.

Another option where black predominates, quite sober, successful and even elegant (to be an ugly sweater), at the same time that you wink at Black Panter is this one from Merchoid, for 52.99 euros, available for men and women.

This ‘The Avengers’ jumper has it all – it’s Christmas, colorful, and cute. It is also very low in Zavvi up to 19.99 euros

Another of the sagas that has given more material for merchandising in recent times is Harry Potter. The work of JK Rowling is a benchmark for millennials and also that British touch suits clothes very well … although there is everything.

We start with something understated in burgundy and white for the more conservative, this officially licensed cotton jumper and the Hogwarts insignia. For 39.90 euros.

This is without a doubt one of my favorite ungraceful Christmas sweaters because it is quite eye-catching and at the same time pretty thanks to the print and color scheme. Unisex, from 38 euros on Amazon

With the same color combination but another pattern that has Hedwig as the protagonist, another good option to highlight this Christmas. From 42 euros, with official license.

Hedwig again but in a much more discreet version with a blue background and red details. For 39 euros in EMV, there are very few units left.

If you read SamaGame, it is highly likely that you have grown up playing video games and that names like Sega Megadrive or Game Boy (or Commodore 64) are part of your fondest childhood and youth memories. In this section we are going to find Christmas sweaters with some of the most iconic characters of the last decades and also of rabid actuality.

Precisely current is this Fortnite jersey, which in addition to the combination of colors makes it at the same time striking but beautiful. Out of stock, but you can always wishlist it and keep your fingers crossed.

Also featuring one of the most iconic characters of the last decade in a less striking print, this Pokèmon jumper with Pikachu in bright yellow. For 31.99 euros on Amazon, for boys and girls.

A classic game with a very successful print that will make even the most veteran of the place know the name. Pac-Man jersey with official license from 64.99 euros in Merchoid, available in men’s and women’s versions.

Another current classic is ‘Doom’. If you’ve grown up with this shooter, this sweater is surprisingly quite wearable despite combining the Christmas motifs with skulls. For 49.99 euros in EMP

Officially licensed by Nintendo, it stars a lesser-known character than the usual Luigi and Mario. In a not discreet green, this Bowser sweater for 49.99 euros at EMP.

For lovers of science fiction in series and movies, they will find sweaters with their favorite characters from childhood or the moment.

We’ve seen a lot of good examples of ugly Star Wars Christmas sweaters, but it’s not the only space saga – here’s a Star Trek alternative. For 59.99 euros in EMV

This silhouette needs no introduction. Breaking Bad earned a place on our televisions and in our hearts so why not in our closet? Heisenberg, the periodic table and snowflakes for 59 euros in EMV.

With Rick & Morty as protagonists dressed in Santa hats to give more Christmas spirit to the matter, another very successful low cost option from Pull & Bear for less than 30 euros.

An ugly Christmas sweater to keep everyone who comes across the pickle from ‘Rick & Morty’ as a star. Ugly ugly. We love! For 65.99 euros in EMV

Truth be told, it does not have the pull of previous years but there are many of us who continue to say ‘Winter is coming’ and we continue to expect more from the world of George RR Martin. Wintery gray and white and the distinctive wolf of the Stark family. For 59 euros in EMV

After a long collection of heroes and villains, the antihero of ‘Deadpool’ arrives in a Christmas version, combining pizza pieces with fir trees and snowflakes. For 65.99 euros in EMV.

We go back a few years to a Christmas classic from the 90s: ‘The Nightmare Before Christmas’ by Tim Burton. Its peculiar aesthetic has given a lot of merchandising and for sample, this EMV gray sweater for 59.99 euros.

We ended up being scary with my childhood nightmare, Freddy Krueger from A Nightmare on Elm Street. And it is that if Santa Claus or the Magi leave your gifts while you are in bed resting peacefully, Krueger shares that ability to know when you sleep, although with different intentions. For 59.99 euros in EMV

Nap selection of Christmas jumpers with a geek twist has left you wanting more, here you can see the edition of ugly christmas sweater of 2019 and the 31 ugly sweaters of 2018.

In SamaGame Selección we publish the best offers in technology, computing and electronics from the main internet businesses. Prices and availability may vary after publication