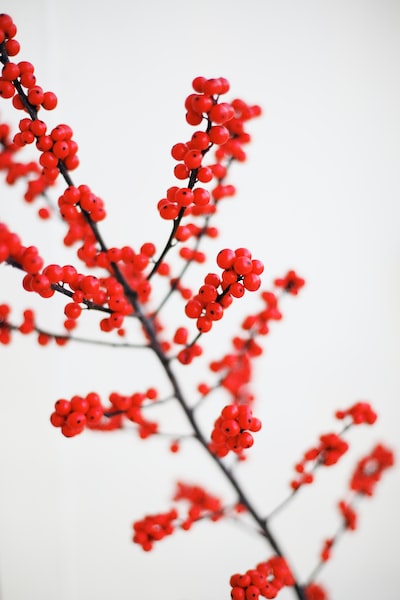 It’s practically Christmas already: cold weather, gifts, copious dinners and meals, time with our loved ones … and Christmas sweaters. From the Ugly Christmas Sweater from the United States to simply a jumper with Christmas motifs. But this is SamaGame, so in addition to snowflakes and elk, we propose some Christmas jumpers with a geek knit. To be the most original at the next business lunch or Christmas Eve dinner.

Star Wars and its cinematographic saga is one of the most prolific sources of inspiration when it comes to stamping, embroidering or screen printing a sweater. Here are some examples.

Unfortunately there is not much Baby Yoda merchandising yet, but we will always have the Yoda of a lifetime. That curious way of speaking inverting the words and a Santa Claus hat make this Yoda sweater a clear exponent to wear on these dates. It is an official product and is available in 8 sizes. At Amazon for 44.99 euros.

Another mythical and much loved character is Princess Leia, played by the great Carrie Fisher. Coming from official merchandising, it is available in eight sizes. At Amazon for 44.99 euros.

Much more sober is this sweater from the X-Wing ship. In fact, it is so discreet that only fans of the series will recognize the scene of the battle of Endor on the chest. From 34.38 euros on Amazon.

Again the Tie Fighter and X-Wing ships in an equally sober and attractive design, spiced with snowflakes and in blue and gray tones. For 44.99 euros on Amazon

It is no longer a sweater, but a sweatshirt, but with the classic gingerbread men typical of Anglo-Saxon countries in the shape of Star Wars characters. In Zavvi for 19.99 euros (+ shipping costs).

Not only are Marvel and DC Comics a prolific source for science fiction comics and movies, they also have a wide range of superheroes and villains to their credit that look great on a Christmas jumper.

One of the films of the year could not be left out. This Joker hoodie belongs to the official DC Comics merchandising and is made of cotton and polyester. On Amazon for 33.89 euros

We have to wait until June for the next and promising delivery of ‘Wonder Woman’, but we can liven up these months with one of the most attractive sweaters of our selection. Officially licensed by DC, in Zavvi for 29.99 euros (+ shipping costs) and available in various sizes.

And if you prefer not to opt for a particular hero or villain and opt for a more coral sweater, this one from Avengers (42.20 euros) with a Christmas touch made of acrylic is a good alternative.

Spiderman is a classic that continues to enjoy great popularity, not only because of the arrival in theaters of ‘Spider-Man: Far From Home’, but also because of the game. Available in various sizes and made of cotton, on Amazon from 59.99 euros.

Christmas and a legendary duel, that of Batman vs Joker in a sweater of the most daring in terms of colors and design. Made not to go unnoticed, it is available in various sizes for 59.99 euros on Amazon.

The literary (and later film) saga of JK Rowling also has a good collection of sweaters with Christmas motifs. In addition, they have a British touch that makes them stylish and original garments.

Moose, crows, snowflakes and the protagonists in drawing format combined with grace and a fairly successful color choice. On Amazon for 39.99 euros.

One of the most original and at the same time “wearable” sweaters is this one that refers to the platform from where the Hogwarts Express departs. Available at Zavvi in ​​various sizes for 41.99 euros (+ shipping costs).

We continue with the railway references – this time less subtle – with this sweater with the Hogwarts Express printed on the chest. Available on Amazon in various sizes for 44.99 euros.

Sober and very beautiful sweater from Harry Potter with Hogwarts castle as the protagonist. To wear it at Christmas but also on any cold day. For 49.99 euros on Amazon, available in various sizes.

If you prefer something less discreet but equally beautiful, thanks to the print and the mustard colors are in fashion this season, this one from Hufflepuff is officially licensed and is available in various sizes on Amazon for 49.99 euros.

We conclude our review of ‘Harry Potter’ Christmas sweaters with a model with a classic pattern that has changed the traditional borders for the coats of arms of the houses, in addition to other winks such as the protagonist’s glasses or the aforementioned platform. From 54.99 euros on Amazon, available in various sizes.

The animated series ‘Rick and Morty’ serves as inspiration for rather casual and original Christmas sweaters, capable of provoking a laugh … exactly like the series.

Fluorescent prints that mix Christmas with the protagonists on a dark blue sweater giving it a lot of personality. In Zavvi for 29.99 euros (+ shipping costs) in various sizes.

Again a dark sweater serves as the basis to “vomit” a colorful scene from the series, neither more nor less than Morty vomiting a rainbow. It is not discreet, but there is nothing wrong. Officially licensed and available in various sizes on Amazon for 44.99 euros.

Rick Sánchez in a Santa hat. Only with a Santa hat. Plus, flying kittens, psychedelic backgrounds, and snowflakes because it’s Christmas time. At Amazon for 44.99 euros, available in various sizes.

And since we are seeing people naked but dressed in Santa’s hats, why not see “Santa” himself in the same situation? Officially licensed and available in various sizes, for 68.02 euros on Amazon.

Many series, movies and science fiction literature have sweaters and sweatshirts that combine Christmas motifs with their most mythical characters or scenes and here we review some of the most interesting and iconic models.

Game of Thrones, ‘let it Snow’

Word game for Game of Thrones fans, combining a popular Christmas carol that we have heard lately from Michael Bublé with the b*****d (excuse me) Jon Snow. From the UK, available in various sizes and colors on eBay from 16.94 euros.

Return to the future

A mythical 80s movie that created great expectations for the future for many of us … like smart shoes that tied themselves … for better or for worse, any resemblance to reality is purely coincidental. In Zavvi this sweatshirt with a very attractive screen printing is available from 17.99 euros (+ shipping costs).

We continue in Zavvi reviewing the great cinema successes of the last decades with ‘Jaws’, another film that marked many … especially when it came to getting into the sea. For 17.99 euros, available in various sizes and colors.

From the fearsome ‘Jaws’ to the endearing ET with this hoodie that combines one of the most iconic scenes from the film with the alien’s head in a mosaic, achieving a surprisingly attractive effect. In Zavvi for 17.99 euros (+ shipping costs) in various sizes and colors.

We return to another of the most terrifying hits, this time from the 90s, with ‘Jurassic Park’. Who knew that a tyrannosaurus rex and the fern would go so well with the snowflakes? In Zavvi in ​​various sizes and colors for 29.99 euros (+ shipping costs). Officially licensed.

We are before Christmas and this movie is precisely about these but with a dark but tolerable touch. This acrylic black and white jumper is moderately understated and officially licensed. On Amazon from 34.12 euros.

Most of the Christmas jumpers are usually dark and this one is an exception: the Adventure Time jumper is understated (as far as it fits) and is designed mainly in white and blue tones. Officially licensed and available in various sizes from € 30.99 on Amazon.

A sweater to celebrate Christmas, remember this science fiction franchise (the sequel will arrive in 2020) and give the cante. Available in various sizes from 44.99 euros on Amazon.

Although Rocky is not science fiction, his official Christmas sweater is very geeky. Snow, his silhouette doing push-ups and celebrating the great victory. At Amazon for 54.99 euros in various sizes.

Gremlins mutated into terrifying beings when they came into contact with water and this sweater is almost equally terrifying: how shiny, what pattern … But it’s fun, warm and original. In Amazon for 59.99 euros in various sizes.

Games, characters and platforms of the last decades are mixed with more or less success with different Christmas motifs. Who was going to say that the Microsoft console was so good?

This model has many ballots to become the most used garment in winter: the classic format and color of a mottled gray sweatshirt and a character as iconic as Mario. Watch out for the snowflakes and coins prints. Official Nintendo merchandising, in Zavvi for 17.99 euros in various sizes.

For lovers of Christmas and retro, this officially licensed Atari jumper. With the Atari logo and very casual and geeky tones. At Amazon from 24.09 euros, available in various sizes.

Under the simplicity of Pac Man hides not only a classic game, but also some characters that tend to be very well screen-printed anywhere: underwear, bed covers and yes, also sweaters. Officially licensed and available in various colors, from € 44.99 on Amazon.

A sober and bicolor touch for this official ‘Skyrim: The Elder Scrolls V’ jersey made of cotton and available in various sizes. On Amazon from 48.86 euros

Dedicate a Christmas sweater to a console? Yes, and in what way. This Xbox sweater makes the black in the background, the corporate green of the console and motifs such as the buttons, the logo or the remote control all together a geek and attractive garment. At Amazon for 59.99 euros, available in various sizes.

In SamaGame Selección we publish the best offers in technology, computing and electronics from the main internet businesses. Prices and availability may vary after publication