SamaGame > LATEST > a twist on the Ubi sandbox 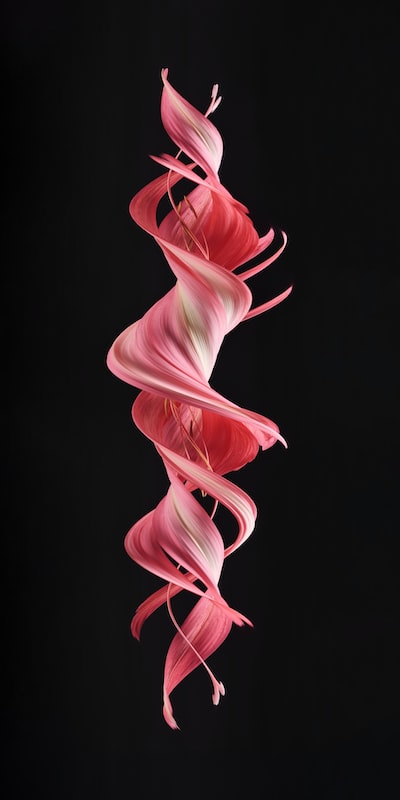 a twist on the Ubi sandbox

a twist on the Ubi sandbox

A cursory approach to ‘Immortals Fenyx Rising’ can give the wrong impression: that it is a mild clone of the ‘Assassin’s Creed’ style. Many of the elements of the most popular Ubi Soft saga are here, starting with that curious unification that many of the company’s sandbox format games are undergoing, which share aspects in menu designs, an approach to the internal rhythms of the genre and even ways of approaching marketing aspects – to name very distant points on the spectrum of creating a game.

However, as soon as one enters the game, the differences appear. The first of them is in the clear irreverence that the title transpires around a theme, Greek mythology, which in a certain sense ‘Assassin’s Creed’ already approached in a very different way in ‘Odyssey’. As Jeffrey Yohalem, head of narrative design, told us in the game’s presentation, “mythology is an incredibly fun thing to do, and in the past this has been downgraded in search of something much more serious. We have given it a fresher view since, as you know, there are not too many comedy video games. ”

And as the game progresses, and often for the better, the differences are marking more and more the distances with the sandboxes to use, often somewhat leaden and paid for themselves. The humor that permeates the dialogues from the first moment is transformed into a lightness that deprives the action of gravity. and the challenges: ‘Immortals Fenyx Rising’ finds its identity, precisely, in knowing itself an adventure of firm and forceful springs, of deep gameplay but of a colorful and apparently banal approach.

Thierry Dansereau, artistic director, emphasized this, citing the classics: “there is a certain nostalgia in the game for the mechanics of the early 2000s, games like Jak and Daxter that were open world but with a lot of different elements, where you have puzzles, platforming, and combat, and we wanted to get back to it. “This hodgepodge, which often throws games where missions involve days of work, or push players too far away from the main storylines, is better focused on ‘Immortals Fenyx Rising’, and that’s thanks to the fact that absolutely everything that happens is focused on a few pillars: exploration, puzzles and combat.

‘Immortals Fenyx Rising’ tells the story of Fenyx, a human or human (appearance, s*x and other cosmetic characteristics that do not influence the adventure are left to the player’s choice) who he has to put all his ingenuity and skill at the service of the gods of Greek mythology. The monstrous Typhoon has transformed these into creatures that do not remember their past as majestic leaders of Greece, and the player’s task is to find them, restore their powers, and annihilate Typhon.

To do this, you will have to discover portions of the map, each one assigned to a god, climbing on titanic giant statues that represent them, from where you will have a bird’s eye view of different tests and challenges that will allow you to progress through the story. He will be able to occasionally return to the Residence of the Gods, where he will improve his characteristics and powers. to take on increasingly powerful contaminated enemies and heroes. And he will go down to Tartarus to solve tests of ingenuity that will allow him to access the rays of Zeus with which to defeat Typhon.

All this will be solved, as we have said, by scanning the scene in search of secondary missions (rather small challenges that can be combat arenas, challenges of ingenuity or ability to open new areas -Normally large constructions- or doors to Tartarus, where the aforementioned puzzles are found with which, among other things, rays of Zeus are obtained). Sometimes these missions will be intertwined with the main story, which often follows a common structure in the territory of each liberated God.

This is, and although the order is not absolutely rigid: Fenyx climbs a statue from where he scans the entire terrain, locates the transformed god, fulfills some mission or group missions (often searching for objects or solving puzzles) and face a hero turned villain, such as Hercules or Achilles. And start all over again until all the gods are reunited and face the final stretch of the adventure.

‘Immortals Fenyx Rising’ does not complicate this main scheme, although sometimes you have to manage to pass tests that surpass us, in the purest sandbox style. For example, sometimes you have to postpone the confrontation with the heroes until we acquire enough strength, and that It is only achieved by solving secondary tests, farming a spark and going to the divine machinery of the Home of the Gods to level up, in a nice, affordable and fast format of the RPG mechanics, also very much in the vein of the latest Ubi sandboxes.

This apparent simplicity actually hides very well studied aesthetic and mechanical registers to turn ‘Immortals Fenyx Rising’ into an adventure where the mechanical registers and aesthetic findings are surprisingly well balanced (surprising for its apparent lack of ambition). For example, exploration can often be carried out by gliding with the wings of Icarus, launching from high ground, which is a welcome twist on the typical Assassin’s mechanic of climbing a tall structure to conquer an area.

Us Yohalem says that “it is a way of pairing mythology with a form of transversal movement that we wanted to focus on”. And it is true, flight is one of those surprising discoveries where aesthetics and mechanics fit perfectly: it transmits the grandiose air of a mythological story, which allows a bird’s eye view of an evocative setting and with dozens of attractive places to visit (open from the first moment). And at the same time it gives meaning to the exploration, that despite the fact that there are no vehicles (yes mounts, which can be trained in the course of the adventure) it never becomes slow or heavy.

This is because the map is not extraordinarily long, but also because the exploration is more thoughtful than in other games: the endurance meter is just as important as the health meter, and Before facing a climb or trying to avoid an area, we must take into account our equipment, resistance, etc., again connecting with a simple and intuitive way to understand the RPG genre and its inventory management. As Yohalem rightly observes, exploration “changes how you look at the world, and brings a lot of new elements to exploration.”

This exploration is closely linked to the puzzles, which ‘Immortals Fenyx Rising’ has in abundance, much more than in two ‘Assassin’s’ like ‘Syndicate’ or ‘Odyssey’, which already came with quite a few. There are all kinds (skill, pure reasoning, platforms, perspectives, physics and blocks) and all the difficulties, and they end up becoming the true nucleus of the adventure, above the fighting. They are fun and challenging, and although sometimes Tartarus, where most of them are set, is a repetitive scenario, it always finds a way to challenge the player.

Finally, the fighting. Based on dodging and defeating enemies with ingenuity and agility, they are based on a simple system of strong / slow and weak / fast hits, on the handling of the block, and little else. Of course, new combos and weapons can be unlocked, and there are very well integrated ideas (handling the bow and throwing objects), although in general in conventional combat it is the least lucid and most repetitive part of the game. The confrontations with bosses are another story, quite hard and that require patience and ingenuity.

All of this is seasoned with the aforementioned sense of humor that comes, above all, from the narrators of the story, Zeus and Prometheus, a traditional comic couple with certainly brilliant humorous strokes and very often based on anachronism and irreverence. But also in deep knowledge of Greek mythology: although it is not necessary to enjoy the game, those who are aware of the crazy, crazy adventures of the gods and heroes of Ancient Greece will receive a good portion of winks and comments with bad grape about the protagonists of the legends.

This is a nice extra that rounds out a game that is a considerable relief from the more leaden and serious ‘Watch Dogs: Legion’ (which also had humor, but buried under the exhausting mechanics of always) and ‘Assassin’s Creed’. Here everything is part of a jocularly youthful and immature adventure, which luckily It also infects some mechanics that have you unlocking areas, getting equipment by doing puzzles and defeating monsters as soon as you start.

A surprise, then, and a nice respite from Ubi Soft’s sandbox mechanics. With the welcome appeal of puzzles, which transports us to simpler and more colorful playable times, ‘Immortals Fenyx Rising’ is a powerful alternative to the self-imposed seriousness of games that, among dramas and stories of very long-suffering people, have forgotten what constitutes real fun.