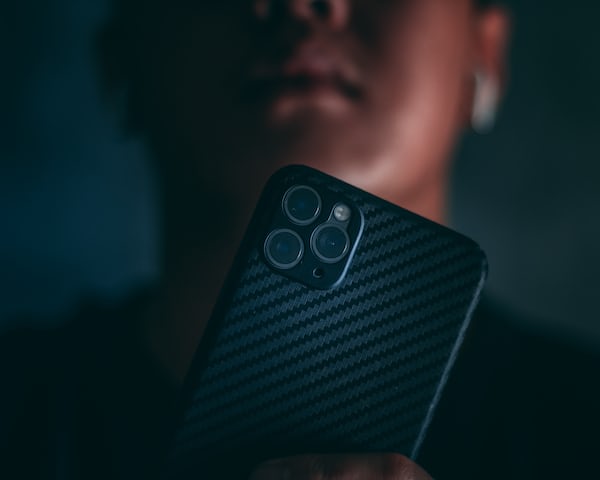 If you need an external hard drive to store your large files, know that Amazon offers the 5 TB WD Elements model under 105 euros thanks to a 31% reduction.

For this good plan associated with the summer period, Amazon almost melts the price of a portable external hard drive. Indeed, the e-commerce giant offers the WD Elements with a storage capacity of 5 TB at a price of 104.99 euros instead of 152.99 euros; an immediate discount of almost 50 euros from Amazon.

For your information, this is an external hard drive eligible for free home delivery and free installment payment (but only for Prime members).

Offered in a black color and compatible on PC, the WD Elements external hard drive from Western Digital can be taken anywhere thanks to its dimensions of 11 x 8.2 x 2.1 centimeters and its weight of nearly 236 grams. Very easy to use, the portable storage solution has USB 3.0 and USB 2.0 compatibility and features a data transfer rate of up to 130 MB per second. Powered by a USB 3.0 cable, the external hard drive is recognized by most Windows operating systems.

Western Digital sells not one, but three models of 22TB hard drives

If it no longer has the favors of industrialists who prefer the SSDthe hard drive still has a few advantages to show.

Chance of the calendar, a few days after the publication of a study on the inexorable decline of the hard disk market, Western Digital announces the release of models with extraordinary capacities, 22 TB.

Last May, Western Digital marketed, as it had promised, a first 22 TB hard drive model with the Ultrastar DC H570 and the DC HC670 variant. These two versions are now supplemented by arrivals in its major ranges with, always, the use of ePMR technology.

the technique still employs a classic magnetic recording and avoids the “overlay” of tracks (SMR) not necessarily to everyone’s taste. Western Digital drives also use helium and have three-stage actuators.

This set of techniques allow the brand to further improve the capacities of its hard drives and to keep a clear advantage over its long-standing competitor, Seagate.

Western Digital’s 22 TB hard drives are therefore entering the main ranges of the American manufacturer’s catalog, with WD Gold, WD Red Pro and WD Purple Pro versions. Each time, we can count on a fairly similar mechanism with 10 platters of 2.2 TB each and a 7,200 rpm motor.

The memory cache is also the same on the three variants (512 MB), but some optimizations allow the Gold version to ensure significantly higher sustained speeds (291 MB/s, against 265 MB/s for the other two).

Finally, it should be noted that availability is announced for the next 3 or 4 weeks with pricing that mainly targets these models for the business world. The three versions are announced on the official website of the American at 599.99 dollars which should lead to 650-700 euros on our side of the Atlantic.

We presented them to you last May, Western Digital’s CMR (Conventional Magnetic Recording) hard drives with a capacity of 22 TB are now on the market. The three available models Red Pro, Purple Pro and Gold Pro are designed for servers and storage arrays (NAS and others). To deliver this capability, they are helium sealed (HelioSeal) to reduce platter vibration and improve reliability, and leverage ePMR (electrical Perpendicular Magnetic Recording) technologies to reduce power consumption and OptiNAND to increase capacity useful. This flash memory with a UFS interface stores metadata related to files to optimize the movement of read and write heads. This metadata, previously kept on the platters, also frees up space on the hard disks. In addition, OptiNAND is compatible with ArmorCache technology, for data security, which boosts performance and write cache protection.

Note that each version of these hard drives is aimed at a particular segment. Thus, the Purple Pro model is intended for video surveillance and supports up to 64 video streams. It incorporates an MTBF of up to 2.5 million hours as well as AllFrame AI technology which makes it possible to analyze and reduce the number of frames lost during video recordings. This model is available in capacities ranging from 8 to 22 TB. The Red Pro variant is intended for NAS with a storage capacity ranging from 2 to 22 TB. Finally, the Gold Pro model is intended for data centers, SMBs and other IT companies , its capacity ranges from 1 TB to 22 TB.

Western Digital’s senior vice president of product management and marketing, Ravi Pendekanti, said of the release of these models, “We are excited to reach this milestone because hard drives are complex and sophisticated. They play an essential role in storing, protecting, capturing and analyzing data”.

These helium-sealed drives feature a 10-platter 3.5-inch design, a density of 2.2TB per platter, and are based on energy-assisted perpendicular magnetic recording (ePMR) technology. They also embed NAND flash memory and benefit from OptiNAND technology. As we explained in a previous news, as the capacities of mechanical hard drives increase, they need to store gigabytes of metadata relating to RRO (repeatable runout) as well as interference between adjacent tracks ( ATI for adjacent track interference); OptiNAND hard drives store them on the iNAND flash drive rather than the spinning racks. This frees up space on them, reduces latency and the number of read/write operations. In addition, iNAND technology allows data to be retained in the event of an emergency shutdown.

After breaking a capacity record with its 26TB Ultrastar DC HC670, Western Digital is capitalizing on its technological innovations with three new 3.5-inch 22TB models. The WD Gold is aimed at businesses, while the WD Purple Pro is aimed at CCTV. The WD Red Pro is reserved for NAS users.

These new models use energy-assisted PMR (perpendicular recording) (ePMR) technology to store 2.2 TB per platter. An additional magnetic field is generated throughout the write operation by applying an electric current to the main pole of the write head. The disc is also equipped with arms with triple articulation (triple-stage actuator), helium filling (HelioSeal) and OptiNAND technology. Control metadata is stored in flash memory, which frees up space on the platters. Thus, Western Digital offers a storage capacity of 22 TB while maintaining a conventional magnetic recording process (CMR), more efficient than SMR technology where the read/write head works on several tracks at the same time. The three models have a Sata interface, a 512 MB cache memory and platters rotating at 7200 rpm.

Aimed at businesses, the WD Gold drive features ArmorCache technology, which combines the performance of write cache enabled mode with the data protection of disabled mode. In the event of a power outage, the contents of the cache stored in RAM is automatically transferred to flash memory to prevent data loss. The WD drive offers a high level of reliability (up to 2.5 million hours on average before failure), vibration protection technology and low energy consumption thanks to the use of helium gas. instead of air.

The WD Purple Pro 22TB hard drive meets video surveillance storage needs. This model is specially designed for video analytics servers, as well as AI and deep learning systems. The drive features Western Digital’s AllFrame AI technology that allows 32 streams to be managed for AI analysis, reducing frame loss. It is designed to support up to 64 HD cameras. The WD Purple Pro can operate in a 24/7 environment (24/7) and has an MTBF (mean time between failures) of up to 2.5 million hours.

The WD Red Pro hard drive can potentially be used by the general public in network-attached storage (NAS) systems, up to 24 bays. It is optimized for 24/7 multi-user environments and can handle intensive loads. On the other hand, its MTBF is only one million hours. The three types of hard drives are guaranteed for 5 years.