Analysis of Assassin’s Creed Origins: Curse of the Pharaohs 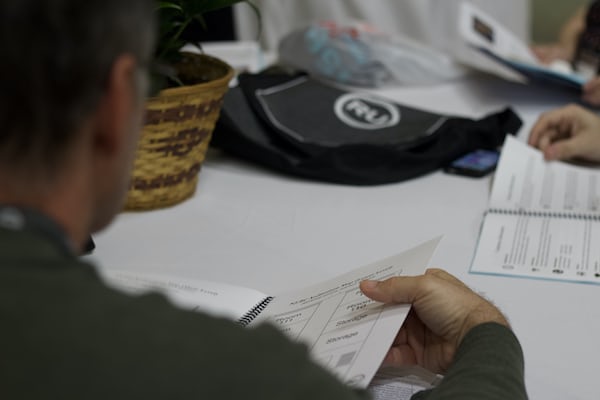 Analysis of Assassin’s Creed Origins: Curse of the Pharaohs

Overwhelming in terms of content and even more visually, this second great DLC does not transfer all that ambition to its way of planning missions.

One of the most memorable scenes in The Curse of the Pharaohs takes place hundreds of meters above the ground, on the polished rock surface that forms the face of a great sphinx outlined against the vastness of the desert. The ascent, one of the oldest tricks in the Assassin’s Creed book, has been brief but immensely satisfying: Bayek, a resourceful fellow, snakes from ledge to ledge with astonishing agility, and each new handhold, each meter gained from the regal figure. , is a new opportunity to tinker with the camera and marvel at what Ubisoft has rebuilt here. The game knows, always has, and the coronation once again presents us with a ceremonial panorama that reveals twin statues, and bandit caravans, and a seemingly endless battlefield carpeted with split spears and rusty shields that reflect the evening light. . Technically the picture is undeniable, overwhelming, but it also shows a kind of sensitivity that goes beyond numbers and mere graphic muscle: before anything else Ubi knows how to paint landscapes, and playing with the beyond is the perfect excuse to sign a few masterpieces.

We won’t be able to enjoy it much, however. Before we know it, a group of Anubis minions materialize overhead, swords blasting through the air. The combat is resolved in a sigh: a pair of figures dance on the nose of the statue, a third plunges into the void, our ax hits with force on an animal-like mask and Bayek descends back into the desert landing gracefully on a heap of hay strategically arranged. The saga has played this card hundreds, thousands of times, and that is why it is surprising that it continues to work with the force with which it does. What really raises questions, though, is that this entire episode is nothing more than an anecdote, a prank, a simple optional detour. A small insubordination of the player before an argument that insists on asking him to go to inspect mangers.

I suppose that in a way it makes sense, because part of that magic and that sensitivity that I praised before comes from a huge game that still goes out of its way to portray the small. Assassin’s Creed Origins is a blockbuster, Elizabeth Taylor’s Cleopatra, but her Egypt owes as much to the big cities and the barges that cross the Nile as it does to the locals who work the wheat fields. The Curse of the Pharaohs nailed all this again, and the work at the level of geographical reconstruction is as spectacular as could be expected: Thebes is a labyrinth of alleys that makes obelisks, temples and avenues full of banners in the wind coexist with small huts and stalls of fishermen, its surroundings alternate the most fertile lands and the small urban centers with desert places where it is not strange to be devoured by a lion, and on the other side of the river the rock formations that surround the Valley of the Kings give this resting place eternal an ominous, ancient and indecipherable aspect, adding scale to a civilization in which we have presented ourselves to desserts. A ten in setting, as always, and that is why it especially hurts that all that life does not materialize in anything, and that the saga continues to have so much work to generate authentic situations. This is especially true in a DLC that ignores the earthly, and in a story whose kingdom is not of this world: after all the dead have risen, and that should mean some license to imagine.

But, let us start at the beginning. The Curse of the Pharaohs tells exactly that, a story that jumps from grave to grave and that takes advantage of its vast territory to not leave a single stone unturned in search of a relic that someone has stolen from the death chambers, and it is not necessary be Professor Jones to know that these people used to be quite picky about their baggage for the afterlife. It is also a decidedly fantastic story in tone and execution, and a total immersion in myths and creeds of the Egyptian world that places characters like the god Amon or the mummy of Nefertiti in the star roles and does not doubt for a second their unearthly powers. . It is not a bad starting point for throwing the rulebook out the window, but for some reason the studio has decided to do it only sometimes, on excursions to the Duat, the Egyptian underworld, which the game manages wisely despite being without a doubt its strong point. Thus, the true core structure of the narrative is structured by the investigations, the petty thieves, that relic that is always one step ahead of Bayek and a rosary of not especially inspired secondary characters who, spoilers aside, enter and leave the scene in somewhat different ways. implausible. Despite the fact that there is a certain narrative pulse and some other noteworthy plot twist (especially in terms of its resolution) the story never seems to take off, and the sacred orb ends up functioning as a simple McGuffin whose true divine power is to take the player from here to there.

That is why it is fortunate that you want to keep track of it, because each new location is a sensory feast that is hard to put down. It’s really hard to beat Origins when it comes to breadth, detail and raw beauty, but perhaps that overconfidence in the audiovisual is a double-edged sword: mechanically, Curse of the Pharaohs is too conservative too often, a pretty face and a whirlwind attack that floods his world with a gross amount of content (elusive concept this one) that would put some full games to shame, but he doesn’t seem to care too much about what’s really in it. The chain of main quests, a hydra that branches and mutates constantly, would already impress without being accompanied by literally dozens of secondary ones, but with the sandals on the ground it all results too many times in a jack horse and king based on summoning Senu, identifying a couple of objectives, sneak through the back door and fill a research bar by rummaging through scrolls. There are five clues to be identified, or four hostages to be rescued, or two jewels to be found, or four statues of the wrong deity to be destroyed, and the motives and why’s are often the least of it. Fortunately, there are also certain moments of inspiration, generally related to the way these missions connect: I think, for example, of a desecrated corpse and a grieving sister at the bloody fate that awaits her in the afterlife, and a new commission that opens when we finally step on the land of the dead and can talk to him.

It’s these moments that allow the DLC to get oil out of its premise. That is why it is strange that he does not focus on them more decisively, although fortunately when he does, he does so with all its consequences: the general map, that of the living, is of a dizzying extent, but perhaps the biggest surprise that The Curse contains. of the Pharaohs arrives by crossing the first tomb and coming face to face with that first alternate world in which new cities and new towns are erected, in which scorpions the size of a person roam an infinite field and boats without oars sail to through the wheat. The second comes a few hours later, when you discover it was just the first. I will not speak of the total number because it would be ugly to surprise anyone, but suffice it to say that for this occasion Ubisoft had reserved the jar of essences, and that in all there is a certain thematic component: there is a world consecrated to the sun, and also a perpetual desert that throws constant sandstorms over us. Each one of them is ruled by the shadow of a pharaoh, a sort of end-of-level bosses who have their echo in the world of the living and who tend to drop from time to time through squares and planting lands to pass to knife to a few passers-by if we don’t stop it. Despite their royal lineage, they are not the toughest opponents that the game reserves for us, and with patience and a clear strategy it is not difficult to make them bite the dust: the bullies of level 55 (the maximum that the package allows, by the way) that They roam the entire map on our heels, they are the real enemy to beat.

One more reason to prolong our stay in these little worlds outside the world, without a doubt the pinnacle of creativity and also an excellent summary of what this adventure brings to the table: incredible views, disheveled production values, a way of understanding the content that sees what others have to offer and doubles the ante with a smug smile, but also a certain prudence when embarking on experiments that go beyond aesthetics. And it might be the perfect occasion to try it, although it is difficult to make certain things ugly to such a mammoth job. As a DLC, as a content package, an adventure that can approach twenty hours for completists and that fills all that time with forcefulness sounds like a difficult offer to refuse, and whoever approaches it looking for more Assassin’s Creed will find it at tons. Perhaps sometimes falling into the formula, yes, but it is what dynasties have: the revolution was made by Origins, and it is natural that their lineage wants to be buried with all that riches and live on the income forever and ever.