Analysis of The Pathless – Walking into a more collected open world 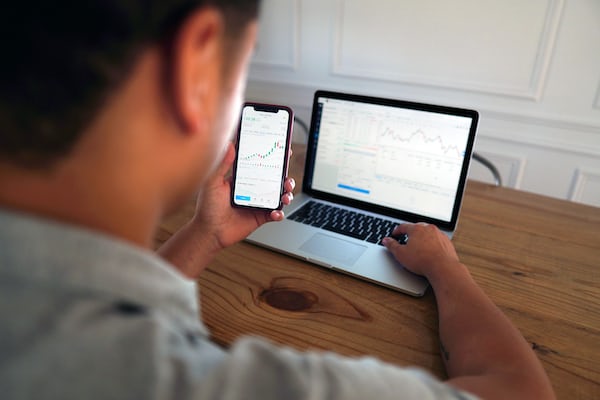 Analysis of The Pathless – Walking into a more collected open world

The Pathless condenses the experience of an open world into a tight duration, focused on movement and puzzles.

The abundance of open-world video games in recent years has left us with a multitude of gems in which exploration and discovery are the engine of progress, but also games overloaded with icons where we follow a yellow line from one point to another while we look on the minimap. The game at hand knows how to pick up the influences of the titles that have given us the most interesting ideas in recent times, from the fascination for detail in Breath of the Wild to the way Death Stranding puts the game at the center of the experience. own displacement as a mechanics around which the rest of the systems are supported.

The Pathless tells the story of the last Huntress, who travels to an island to discover the cause of the curse that threatens to consume the world; for this we will have to free a series of spirits. On the way we come across an eagle that will accompany us on our way, helping us thanks to its great strength that allows it to carry loads and even get up in the air and plan.

The new Giant Squid game turns the act of moving around the island itself into one of its main mechanics by introducing talismans. When we travel cross country we will see floating rhombuses that we can shoot with the bow, filling in a bar that allows us to continue running without stopping. There is a certain element of risk-reward, since although we can get it right by holding the bow button until the bar is filled, we can try to fill it only halfway, generating a small explosion that fills the bar more and gives us a boost. extra.

The result is that the simple act of running around the game’s meadows is a real joy; the displacement between A and B is not an excuse to artificially lengthen the duration but rather the center of the experience. There is no minimap and the talismans are raised above us because the game does not want us to take our attention away from their world at any time. Although we have a kind of “detective mode” to detect points of importance from a distance, in reality the very design of the world leads us quite clearly through its landmarks; they could have removed it and nothing would have happened.

When we get to one of these prominent places, we will find a puzzle room that by size and complexity reminds us of the sanctuaries of The Legends of Zelda: Breath of the Wild. Almost all play with similar parameters (spread fire with arrows, press switches, use detective mode to eliminate obstacles) but The Pathless does a good job turning them around so that they never get tired, taking advantage of the particular environment of each area in their favor . The game is packed with even smaller puzzles and quizzes that reward the prying eye, much like the kolog presence in Breath of the Wild. Almost any detail that catches the eye, be it some strangely shaped stones or butterflies fluttering in unison, will become a challenge with which to get a few experience points to improve the ability to soar of the eagle.

Those points, by the way, can be lost if we are not careful. The spirits of each zone generate around them a zone of high temperature that can be distinguished from afar as a huge red whirlpool that can move slowly but surely. If we are trapped inside we will have to overcome a small phase of stealth, dodging the arc of vision of the spirit to meet the eagle and escape. When leaving the whirlpool we will have to stop to take care of the eagle, cleaning its feathers of soot. Much of the strength of the emotional moments is due to the soundtrack by Austin Wintory (Journey, The Banner Saga), which he repeats with Giant Squid after Abzu’s experience. She knows how to be subtle and intriguing when we make our way through ruins, lively and exotic when we sprint across the green plateaus, and dramatic when it comes time to face the spirits in direct combat.

On the final bosses themselves, we find that they are not a total break with the systems that we have been playing with so far. Each fight begins with a chase in which knowing how to instinctively perform special arrow launches will allow us to take advantage of the rival and hit him on the sides, before moving to an arena where we have to dodge attacks; this last phase is sometimes interspersed with small puzzles or stealth sequences like those we find in the ordinary world. They are not particularly difficult fights (I would say that it is impossible to die, or at least very complicated), but they know how to keep us glued to the seat with a skillful use of rhythm, progressively increasing the intensity until the final outbreak with which each match ends.

To get to the bosses it is not necessary to complete each and every one of the challenges that each area presents us; in fact we soon found that many of the challenges are optional, so if we get stuck in a test we have plenty to choose from. This point helps mitigate the one piece that may not fit as much: the rigidity of its structure. Each zone is divided into three towers, and each of them requires two symbols to activate (except the first two, only one symbol), going directly to the final boss. The repetition is not too heavy for him because in 5-6 hours we can finish the story and dedicate ourselves to freely exploring the world to solve all its riddles; in fact, the game obviously invites you to spend some extra time on the island and complete everything it offers.

The Pathless presents us with a miniaturized, contained and condensed version of what other open world games offer. It is a title with a great affection for the nature that it represents and an enormous passion for exploration; She knows that it is not easy to achieve the genius of her references, but she finds her own charm and identity by placing movement at the center of the experience. Both the movement and the rest of the mechanics develop little by little throughout the game, culminating in final bosses that perfectly fulfill the role of skill test to put the icing on each section to finish rounding the whole.