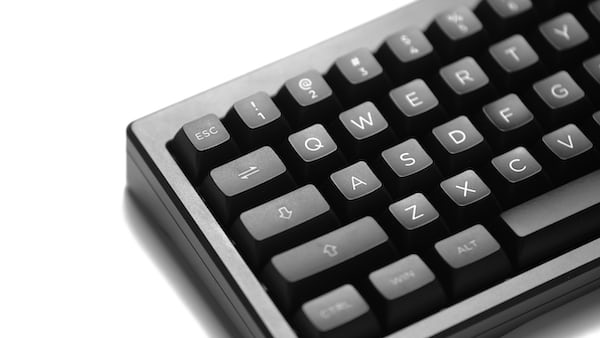 In the end it’s always about the money, or rather that Sternis. Is in Animal Crossing: New Horizons no different, because if you want this chic facility and want your island exactly the way you want it, you need sternis and lots of them. There are a couple of great ways to get around to get sternis quickly, there is even one Money tree and a little glitch, which you can call a cheat and with which you can double items. That saves sternis and you can certainly earn a few with it.

We’ll give you all good ways here how to earn Sternis quickly in Animal Crossing: New Horizons to introduce. As soon as we have something new, we add it here, so keep checking back.

During your island adventure in Animal Crossing: New Horizons you will be a lot money – here Sternis called – need to achieve your goals.

They are required, for example, to buy items in the shop, to expand your house and to expand the infrastructure of your virtual island.

And all of this is by no means cheap, you have to collect a lot of Sternis to get it all. If you look at some of the prices, you ask yourself at the beginning how you should manage it properly.

But: There are some good sources of income in the game …

What are the ways to get more Sternis in Animal Crossing: New Horizons?

There are several ways to get more Sternis in Animal Crossing: New Horizons.

Here’s our list so far (as we have more tips we’ll update it):

You can put the sternis or the money in Animal Crossing: New Horizons literally grow on trees with the right trick! And then earn a lot of money.

Yes, you can actually grow trees that will later have star sacks hanging on them!

But how does it work? How do you get one Money tree?

How to plant a money tree in Animal Crossing: New Horizons?

You remember doing one every day on your island in Animal Crossing: New Horizons luminous place find where you can dig up a sterni-sack?

Good, because you need that. Do everything as usual, find this place and dig out the sterni-sack.

But: instead of putting the money in your own pocket, buried you put the Sterni-Sack back into the hole from which you got it, whereupon a new tree grows there.

When the money grows on trees.

When do I get sternis from my money tree in Animal Crossing: New Horizons?

After you’ve planted the money tree in Animal Crossing: New Horizons, like any other tree, you have to wait a few days for it to grow.

You can tell that it is fully grown by the fact that three sterni sacks are hanging on the tree. Then just shake it and collect it on the floor. Unfortunately, such a tree only throws unique Sterni bags off.

But: If you bury the Sterni-Sack on your island every day, from a certain point in time you have a money tree every day and thus your daily income has increased from 1,000 to 3,000 Sternis!

You can then either cut the tree down or dig up if it gets in your way.

If you do it cleverly, you can grow a lot of money on trees in Animal Crossing: New Horizons.

Usually when digging out the glowing hole you will find a sack with 1,000 sternis. But think about it for a moment: Balloons sometimes give you bags with far more sternis, which are then in your bag. Or if you sell a lot of things, the money will pile up in your pocket with sacks containing up to 99,000 sternis.

However, the whole thing has one hook: If you bury a sack of 99,000 sternis, you are not guaranteed to get back three sacks of 99,000 sternis each. It may well be that there are only three bags of 10,000 sternis. In that case, you’ve lost money.

For example, this money tree dropped three sacks of 10,000 sternis each.

In the meantime, Nintendo has removed this glitch from the game with a patch. So it only works, if at all, on an unpatched 1.1.0 or older physical version. If you have one, you can still try it out.

On Glitch in Animal Crossing: New Horizons currently enables you Clone itemsthat you can sell for Sternis. In theory, you can organize an infinite number of sternis.

The bug was discovered in the recently released version 1.1.0, but has probably existed since the release. Of course, the “duping” of items in the fan base is causing some excitement, because such a money cheat more or less ruins the game. There is also the question of how long the glitch can still be exploited before the developers respond with a fix. They shouldn’t like that either.

It is not yet clear whether players who have exploited the glitch can be identified and then face the consequences. So be warned and think about whether you want to go this route or the player would rather gamble as it is intended.

This is how the glitch for item duping works

If you want to try the glitch for yourself, you don’t need an internet connection, but two user accounts on the Nintendo Switch console. Say: Two human inhabitants on your island.

If you’re wondering why the supporter should turn the table and the leader collect the item: If a supporter grabs the item, it automatically ends up in the island’s odds and ends, which makes the whole thing a bit cumbersome.

More on the materials, tools, and Animal Crossing: New Horizons

Back to the overview: Animal Crossing: New Horizons – Solution, Tips and Tricks

Back to the topic page: Animal Crossing: New Horizons – Get materials and tools