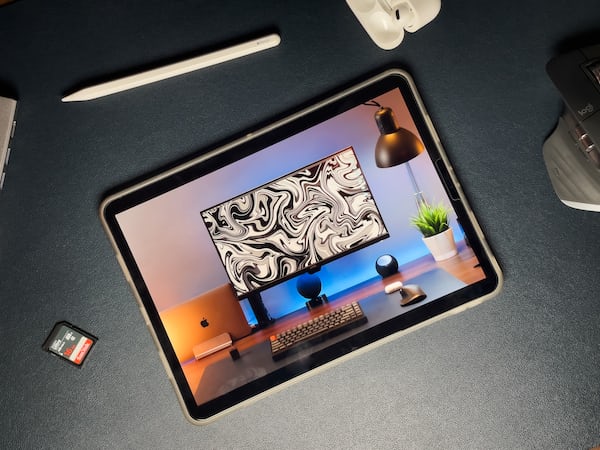 Gripping Anno part. Feels very classic and captivates with its production chains. Sleep? You don’t have to. There are expeditions.

What am i tired. The same three words spin in my head forever, namely “sleep indefinitely”. The reason for this is undoubtedly Anno 1800, because I put a lot more time into this game than I ever wanted to. Of course, it’s not my addiction-prone head to blame, but the game. Because Anno 1800 is fun, so much so that in the end there is no question of whether you want to sleep or play through the night. There is always something new that you want to do next. Finally building sewing machines, for example, because they make your craftsmen happy. Or import coffee from the new world. The new world? Yes, there are too – instead of the moon.

Because, as the name suggests, Anno 1800 is a return to the classic parts of the series. No more future and science fiction, over to the futuristic buildings, of which you have no idea what they are going to do now. Anno 1800 is again about wood, stones, sausage and schnapps. This not only feels wonderfully down-to-earth, it also means that you can internalize and understand the transport chains much more easily.

Can’t the butcher make sausage, what’s missing? Pork of course. Can’t the bakery bake bread? There may be a problem with growing grain. I like this simplicity, especially since Anno 1800 takes an enormous amount of time to improve it. At the beginning, a production chain is really just a combination of two buildings. Woodcutters and joiners, for example. Later you will need whole tree diagrams at various workshops and industrial companies in order to end up producing even one pair of glasses.

By the way, you need glasses for your engineers, the fourth stage of development of your population. You decide for yourself when a block of flats will develop, this is one of the great innovations of Anno 1800. In earlier parts, the farmer himself became a worker as soon as certain conditions were met, now you have to trigger it with a click. And there is a reason for this: farmers are still needed when the chimneys of industrialization are already smoking. You still need pigs, grain, sheep’s wool and cattle.

One of the central challenges in Anno 1800 is therefore to let the population grow evenly. If you develop too many farmers into workers, it can happen that you lack agriculture. So you always have to do what I like to call “adding firewood”. New farmers are always needed. Interestingly, this leads to a fairly organic growth on your island. Because you can only develop your population further if certain needs are met. For example, farmers want a marketplace, fish and work clothes. Later in the game it can happen that the outskirts of your settlement are no longer completely supplied with these resources – so they remain farmers. In the course of the game, a real city center develops, which I find very fascinating. Because I build it, not because the game builds it.

As for the war, the developer has reduced the gameplay significantly compared to early series parts. There is no longer any fighting on land, instead you only build armed ships. Islands can be conquered by simply blasting the harbor into the ground – but it takes time. War is by no means a necessity in Anno 1800, more of a bonus. You can do it, you don’t have to.

The combat system of Anno 1800 remains rudimentary. And only related to sea combat. (Anno 1800 – test)

By the way, in Anno 1800 you can either start a free game or play a single player campaign. The latter is highly recommended, not so much because of the story, which is essentially a global political family drama. Rather because you inevitably get to know all the game mechanics. Unfortunately, this also includes various side tasks. You get them again and again from the inhabitants of your island and what they want from you is maximally undemanding. The game itself calls the task a hidden object game and that’s exactly what it is.

For example, there is the woman who has still not found a husband, so you click on men who are willing to marry. In the campaign there are also the Pyrphorians, a bizarre sect that does not want you any good and therefore constantly ignites your colony. The fire brigade put out the fires, but in order to stop them permanently, you have to find various people in the city walking around with a torch. You don’t have to like that. Of course, there is also an online multiplayer mode. If you play Anno for it: there you go, it works.

I found the expeditions very nice. At a certain point in the game, you can instruct individual ships to research certain things. On the one hand it can be the new world, but on the other hand you also conduct scientific expeditions. After previously undiscovered animals, for example. Interestingly, you can find certain objects or people that can be useful to you. For example, save a master butcher in the course of a mission: He’ll be useful later because you can use him in a union building and thus increase the production of all surrounding buildings.

In general, Anno 1800 is what idiots understand by quantum physics: Everything somehow has something to do with everything. Sometimes it seems a bit dull, because to earn money you mainly need one thing: residents. So if your balance is negative, despite the lack of jobs, you simply build residential buildings out of the ground, satisfy the needs in question and develop them further. There is no secret. A lot helps a lot – that is the maxim.

If you send a ship on an expedition, you will always receive an update on the current state of affairs. (Anno 1800 – test)

One of the new features of Anno 1800 is that the local newspaper regularly assesses how you are doing. The editor-in-chief will then dutifully contact you and present the sheet to you. You can either nod that if you are a friend of the free press. Or you can book a few of your own stories. But for that you need influence points. You get more the larger your sphere of influence is. And speaking of the area of ​​influence: In Anno 1800, it is not simply determined by distance, but by road network. So if you build a smart infrastructure, it’s not only worth it for your eyes, it also seriously means that your buildings have a better range.

And then there is the electricity. And the railroad. There are 1800 islands with oil deposits in Anno and if you have one, you shouldn’t give them up. Instead, you need them to build rails and electrify yourself later. You then have to complete certain transport routes by rail, which means that you have to build rails all at once through your city, which is already perceived as perfect. Of course there is no room for that, so to the dissatisfaction of your population you have to tear something down or move something. That is really hard, after all you have met some of their needs with great effort and now you tear everything down again? Berlin discussions about expropriations of large real estate companies seem like nonsense at this point. You are the ruler, you just tear off.

But of course there are a few factors that are not vital. She calls luxury needs in Anno 1800. These in turn are necessary so that your residents not only feel well looked after, but are also well entertained. For example, you can build a theater, that makes them pretty happy. Or you can build a zoo, which is even better, especially since you can fill it with animals that you have found on your expeditions. And so you play and you play and you play and someday it will be three o’clock in the night. And then you start to take care of the new world.

Because, as already said, there is not only this one world, as with the previous one, you also have an additional world available that you can colonize. In this case it is America: There, on the other hand, there are no longer workers and peasants but Jornaleros and Obreros and they too have certain needs. For example, you want tacos. Is that a stupid cliché? Yeah but hey who am I to judge?

In any case, in the new world you can produce certain fabrics that are only allowed here, such as cotton. But you need them for the production of coats in the Old World, so you set up appropriate trade routes. This is not a problem, because you can order ships to simply sail from the new to the old world all the time, taking certain raw materials with them.

I could talk about Anno 1800 forever. I just don’t want to, because you should actually play this yourself. Anno 1800 is captivating and very fast, the new manpower system works perfectly and even the expeditions are fun. Just make a few decisions, play your sausage stash against an aggressive opponent. Stock up on your sewing machine supplies, otherwise the engineers will jump on your head.

Anno 1800 is fun, so much so that you want to get back to it right after you sleep because your first thought when you wake up is building a new industry. A splendor of a building game! The side missions seem a little superfluous, but they can be ignored. It’s the old, well-known core gameplay of the Anno series that the game will still carry with ease in 2019. It’s just timeless. You want that! Play it!

We test PC games on Lenovo Legion PCs and laptops that were made available to us by Lenovo for this purpose. Here you can learn more about gaming laptops 2019 in general and here you can find the Lenovo Legion Gaming website.