Apple: CarPlay will offer you to pay your fill from the car’s dashboard 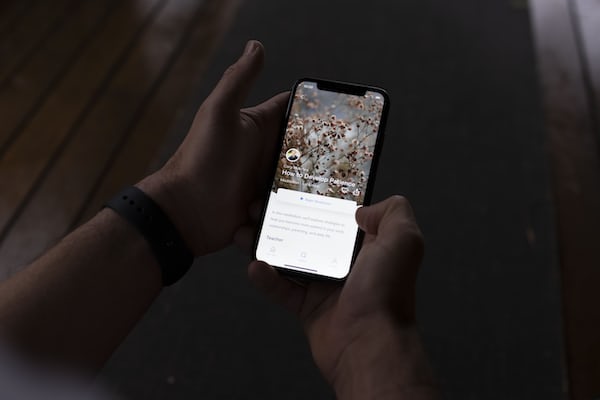 Apple: CarPlay will offer you to pay your fill from the car’s dashboard

Apple wants you to be able to pay for your fuel directly from the dashboard of your CarPlay-equipped car. An update that should arrive this fall.

Apple has presented its new update for CarPlay, its operating system dedicated to car dashboards. In particular, we find the possibility of pressing an application to buy fuel directly, thus avoiding the usual payment process during which you have to insert your bank card and enter your code.

Also interviewed Donald Frieden, CEO of P97 Networks, which manages the infrastructure for digital fuel payments. According to him, oil companies are ready to make their applications work with CarPlay, without naming names. He is very excited to see this feature in use:

“It’s a huge market and consumers really want to eliminate friction in the checkout process.”

To use this new feature, users will need to download a fuel supplier’s app to their iPhone and enter their payment information. Once the configuration is complete, it will then be possible to activate a pump and pay directly from the CarPlay interface of the dashboard of their car.

An interface to make life easier for drivers

Beyond navigation, Apple is enhancing the experience to help drivers perform certain tasks while they’re driving. This is particularly the case of voice commands with Siri, the location of parking spaces or the display of ChargePoint electric charging stations.

Apple would like to go even further by having access to certain vehicle settings to be able to adjust the seats and the air conditioning from CarPlay. But the Californian company must face the reluctance of car manufacturers who also have their own agendas.

Apple has just launched a solution that promises to change the way we behave at gas stations. Finally, those who own an iPhone. The tech giant will roll out a feature allowing drivers to pay for their gas tank directly from their vehicle. No need to insert your card into the pump and enter your code.

We are excited about the idea that consumers can navigate to a Sinclair station and purchase fuel from their vehicle’s navigation screen.

How Apple wants to change the way you fill up

This new feature still requires a bit of preparation. To use it, you must first have an iPhone. Users then need to install each oil company’s app. For each of them, you must then enter the payment information (credit card number).

When a driver arrives at the station, he launches the application, chooses the pump and pays directly from his vehicle. Thanks to Car Play, the whole operation can be carried out directly from the vehicle’s central screen.

If the oil companies are interested in this novelty, it is because Apple provides the service for free. The company charges no commission on transactions just as it provides Car Play to all builders for free.

Apple has presented a brand new version of Car Play, capable of spanning all the screens of a vehicle and, above all, of retrieving contextual information (speed, oil level, tire pressure, etc.) and to transcribe them in an interface of which Apple has the secret.

The new functionality to pay directly from the vehicle will land next fall in the United States. Apple has not communicated a deployment date for Europe. It is assumed that its arrival in our regions will depend on the interest shown in it by the oil companies.

On the Old Continent, the sale of thermal vehicles will be prohibited from 2035. It is therefore hoped that by then Apple will have found a comparable solution for electric vehicle charging stations.

When you see the price of gasoline these days, the checkout is not always the most pleasant. Fortunately (or not), the next new feature of Apple CarPlay will skip this step. Gasoline will always pay off — sorry for the false hope. On the other hand, everything can be done directly from your car, without having to go to the counter or take out your bank card at the pump.

Everything should thus happen on the dedicated application of the fuel supplier. Apple is currently in talks with several companies to let them offer their own application to drivers, which would therefore allow them to pay for their gasoline from their car and have access to assistance if needed.

WITH APPLE CARPLAY, PAY YOUR GAS WITH YOUR CAR

“We’re excited about the prospect of consumers being able to walk into a Sinclair station and purchase fuel from their vehicle screen,” said Jack Barger, the firm’s senior vice president of marketing. To use the feature, you will of course have to enter your bank details in the application beforehand. Once done, the driver will only have to select the desired pump on the screen and let the application do the rest.

Apple has not communicated on a possible launch of this feature. For the time being, given the progress of the thing, it is likely that it will arrive during this fall, on the occasion of the next major update of the operating system. Anyway, these announcements confirm Apple’s desire to make CarPlay a real car computer.

Pay for fuel without taking out your credit card with CarPlay

Apple would like you to be able to pay for your fuel directly from its infotainment system, CarPlay. Several US gas station chains are preparing for this new feature, which would save drivers the step of paying at the counter. More concretely, the tech giant would let the companies concerned develop their own applications so that users can pay and obtain assistance directly from the operating system of their car.

This will require an initial configuration, in particular to enter its bank details. Then simply select a pump on the navigation screen and you’re done, no need to take out the credit card. The rollout of this feature is likely to arrive with the big CarPlay update, expected later this year.

While waiting for its deep integration into cars, CarPlay continues to grow

Starting with iOS 16, apps specializing in fuels will be able to take advantage of CarPlay. For example, an app can guide you to a gas station to fill up with diesel or unleaded, and you can pay directly on the vehicle screen. These are features that were already available for electric cars since iOS 14 and which extend to thermal cars.

The CarPlay application is only part of the system, the car will also need to communicate with the petrol station to allow payment from the dashboard, which will certainly keep this novelty away from the European market for a while.

In addition, a new type of CarPlay application will be authorized on iOS 16, apps dedicated to “driving tasks”, i.e. those dedicated to the maintenance of the car, those which provide information on the state roads or even those that are useful at the start or end of driving. It will be, for example, a road safety app that will signal the driver to put the chains on his tires when snow is expected.