Apple crushes the competition in the headphones and earphones market 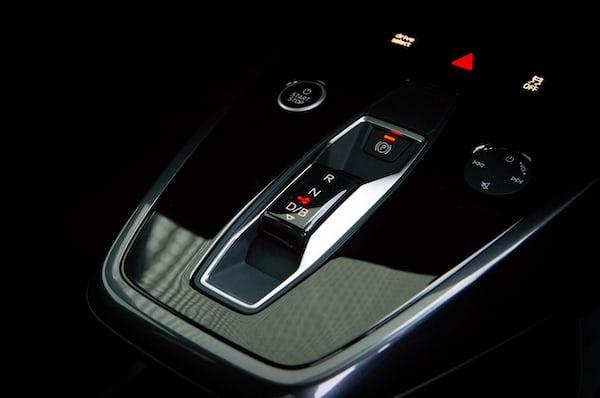 Apple crushes the competition in the headphones and earphones market

The success of the AirPods is undeniable and Apple has been able to cultivate it year after year. However, the bet was not won during the presentation in September 2016; after the iPhone 7 and 7 Plus. Five and a half years later, it is clear that Apple’s wireless headphones are enjoying great commercial success. The models are linked and the apple brand has imposed its style.

The latest study conducted by Statista confirms this trend in France and the United States. In our region, figures from the statistics specialist’s Global Consumer Survey indicate that Apple is by far the most popular brand of headphones and headsets. Of 1,112 adults aged 18 to 64 in France regarding the brands of headphones and headsets, 26% claim to use Apple AirPods. On the other hand, the survey does not specify the models of the range favored by French consumers.

Apple dominates in France, but Samsung resists thanks to JBL

The podium is completed by JBL which holds 17% and occupies second place, followed by Samsung (15%). It should be noted, however, that its two brands are linked, following the takeover of the Harman group by the South Korean giant. Since 2016, Samsung has owned brands like JBL or AKG.

Historical audio players such as Bose (14%), Sony (11%) or Philips (9%) are also on the lookout. Nevertheless, the apple brand can also be satisfied with the seventh place of the Beat by Dr Dre brand. Owned by Apple, it has a market share of 6%.

Apple + Beat by Dr Dre, a duo that sounds strong in the United States

The trend is even more marked on the American market; where Apple dominates its competitors head and shoulders. Across the Atlantic, nearly 50% of American consumers surveyed own either AirPods or a product from the Beats range. The Statistia study, relayed by AppleInsider, reveals that 34.4% of respondents have Apple headphones or headsets.

Even more impressively, the second place is occupied by Beats By Dre. The Apple brand represents 15.3% of the market and the duo allows Apple to flirt with 50% market share (49.7%). Tim Cook’s company is far ahead of Bose (12.5%), Samsung (12.2%) and JBL or Sony (11.4% each). The rest of the ranking highlights the presences of Skullcandy with 8.4% market share and LG Electronics at 7%.

After several months since their release, the 3rd generation AirPods are finally benefiting from a (small) promotion at certain specialized retailers. If the drop is not very significant, it is above all a sign that the AirPods 3 are finally starting to lower their price! So you can enjoy the best classic AirPods available today, while saving money.

Although they had been the center of many rumors for months, the AirPods 3 were only unveiled during the Keynote on September 18, 2021. This new version of the famous wireless headphones has several audio improvements in order to have an ever more advanced and realistic sound. We will note in particular the spatial audio, which makes it possible to have a more realistic sound and seem to move around you. Their design has also been revised and is closer to the previous AirPods Pro. Apple promises 6 hours of uninterrupted listening, which is therefore an hour more than on previous models. With its charging box included, you will havea total of 30 hours of listening at the autonomy level.

The new AirPods 3 are already available the Apple Store and specialty stores for €199. Unlike their predecessor, there is no different model with a wired charging box. Their release also allows the previous AirPods 2 to see their price drop. Feel free to scroll a little more this article to see the differences between different models.

What price for AirPods 3?

The new AirPods 3 come on the same price list as the previous generation. However, these are not available in two versions and you will have to count on 199 € for the AirPods 3. However, they allow the older generation to see its official price drop to €149.

What are the differences between AirPods 3 and AirPods Pro?

Although they are the latest Apple headphones to come out, the AirPods 3 are not necessarily the most powerful products when compared to the AirPods Pro! The latter still have several functions that the AirPods 3 do not have, such as noise reduction or transparency mode.

As a reminder, the active noise reduction technology (exclusive to AirPods Pro and Pro Max) consists of several microphones facing outwards from the ear cups. These identify ambient noise and then create what is called noise canceling so that only listening to your music or call is audible.

The transparency mode meanwhile ensures your safety. It analyzes sounds outside your headset and works with active noise reduction to still filter out ambient sounds that are important in your environment. You will therefore not be completely cut off from the world.

With its AirPods, accessories that have become famous all over the world, and the Beats range also in the bosom of Apple, the Cupertino company dominates the wireless headphones market head and shoulders.

A new study has just confirmed this leadership. It is in the United States that this is happening with a survey carried out by Statista among 4,220 adults aged 18 to 64. A clear winner emerges: 34.4% of respondents say they own AirPods.

A global success for Apple headphones

And the celebrations do not stop there for the Apple brand since its Beats by Dre products also carve out a non-negligible market share at 15.3%. This therefore represents more than one in two wireless headphones in the company’s fold.

In the end, this study does not surprise us that much in view of the previous results. We know, for example, that Apple sold 108.9 million Airpods and headphones from the Beats range in 2020 alone.

According to previous research carried out during the third quarter of 2021, the apple brand was in a leading position with 17.8 million pairs sold in three months. This time again, the company benefited from the combined success of its Airpods and Beats products.

True Wireless headphones are now a standard. Thanks to Apple. When the first AirPods hit the market, many people didn’t care. Since then, skeptics have had time to test, get used to, and understand why AirPods are a small revolution.

The very latest model, the AirPods 3 have more or less always been stable at their release price: 199€. Today, Amazon offers them for only €189! It’s not huge, but remember that the promotions on Apple brand products are never monstrous, so the deal is quite nice.

Even if the sound quality of the AirPods 1, 2 or 3 is very good (a non-audiophile ear would have trouble telling the difference with much more expensive headphones), the great strength of the product does not lie there. What makes the strength of the AirPods is also the hallmark of Apple: the use is simple and ultra intuitive.

The connection is almost instantaneous and ultra stable. You can switch from one Apple product to another with barely a second thought. The microphone is excellent for wireless headphones, and makes Siri present at your side even with the iPhone in your pocket. The AirPods do not cut you off from the world and are almost forgotten. The controls are simple and obvious (finger tapping…).