Apple draws macOS Monterey 12.5 to improve the performance and security of our Macs 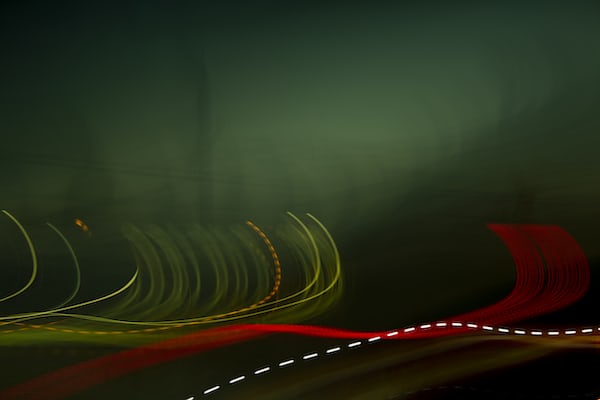 Apple draws macOS Monterey 12.5 to improve the performance and security of our Macs

After two months of beta, almost to the day, and no less than five revisions, macOS Monterey 12.5 is finally showing the end of its nose. The new version of the OS is indeed being deployed. You should therefore be able to install it on your Mac very soon… if you haven’t already.

This minor update of macOS allows Apple to slightly tweak the performance of its Macs in certain cases, and to improve security. Given the schedule, the arrival of this lesser update is logical: the next major new features will probably arrive with macOS Ventura.

A LITTLE POLISH WHILE WAITING FOR MACOS VENTURA

“macOS Monterey 12.5 brings security enhancements, fixes, and updates,” Apple says in its release notes for macOS 12.5, which is only 2.01 GB in size. however, adds that it has corrected a “problem that could cause Safari to return to a previous web page in a tab”.

Apple has also released macOS Big Sur 11.6.8 and macOS Catalina 10.15.7 to the public. Two new updates for older Apple systems, for machines that aren’t eligible for macOS Monterey. Unsurprisingly, these updates are mainly focused on the deployment of patches fixing a few potential security problems.

As usual, installing macOS Monterey 12.5 is done anyway by going through your Mac’s System Preferences and then going to the “Software Update” tab. On our side, the update has been available for a few hours, but its deployment being gradual, it is possible that some users will have to wait a little longer before having access to it.

Apple has taken the management of passwords head on, in order to facilitate their use across all its systems (while waiting for the end of passwords, which will never come quickly enough). macOS Monterey and iOS 15 were the occasion for a facelift, with the addition of new features.

Many secretly hoped that with iOS 16 and macOS Ventura, Apple would eventually launch a dedicated app. Unfortunately, nothing happened and the password manager is still somewhat hidden in the settings of iOS, in the system preferences on Mac or in the preferences of Safari.

However, there is a shortcut, developed by Ricky Mondello, Apple’s password manager. It allows you to open the safe for usernames and passwords with a click or a tap without having to delve into the depths of the settings. Available since last December, the shortcut has been updated to ensure compatibility with macOS Ventura.

The manager has been rewritten to take into account the new macOS Ventura system settings, which is also the reason why the shortcut no longer worked with the new OS.

For the rest, we find the same very practical functions, whether it is integration in the menu bar of the Mac, in the Services sub-menu of the main menu of each application, by means of a shortcut keyboard, or as a quick action in the Finder. It is even possible to drag the shortcut into the macOS dock, via a right click on the name of the shortcut > Add to dock (be careful, it only works for me with a macOS Ventura in English).

Two months after the release of macOS 12.4, it’s macOS 12.5’s turn to be released to the general public tonight. It’s a very small update with only two new features: the Apple TV app now allows you to watch a match from the start when it has already started, to pause it, or to rewind or fast forward, and this release fixes an issue in Safari where a tab could display an earlier page. Apple is also announcing “improvements, fixes and updates aimed at strengthening security. »

As usual, macOS 12.5 can be downloaded through System Preferences, under the “Software Update” section. Don’t forget that a backup of your data is always preferable before launching the installation. Note that macOS 11.6.8 is also available for Big Sur users and there is a security update for macOS 10.15 Catalina.

After the first release candidate (RC) beta version of macOS 12.5 released on July 12, Apple is back with the second and perhaps the last, as often in this kind of case. The number of this version is 21G72 and it is strongly recommended to install it if you have already downloaded the previous one, because the publisher may have taken advantage of it to correct a critical security flaw.

But a priori, no additional functionality major is in the game, which is not uncommon for Apple software anyway. Especially since macOS Ventura will soon take over, this time with dozens of additional options, the first tests of which are already very satisfactory.

The apple brand, however, specifies that with Monterey 12.5 , the Apple TV app now allows you to resume playback, pause, rewind, or speed up a live match that has already started. A bug on the side of the proprietary Safari browser has also been corrected: it happened that some tabs returned to the previously opened page. Finally, another technical problem this time with the Books platform which no longer opened has also been resolved.

Although Apple offers this beta to all its customers, it is not recommended to try it on your everyday hardware, let alone if it is your professional work environment. In effect, incidents can always occur with a beta. If you are an app creator, however, installing macOS 12.5 RC 2 can be useful in order to verify that your content is compatible with the latest changes implemented by Apple. But it is better to try the maneuver, there too, on a dedicated Mac.