Apple has a new microchip but still no virtual reality 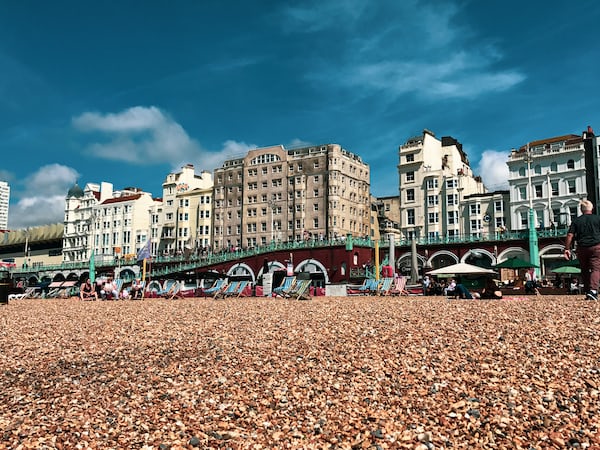 Apple has a new microchip but still no virtual reality

Apple opened its annual conference for developers on Monday without mentioning the two subjects on which the technology giant is expected at the turn: its platform for downloading mobile applications and augmented and virtual realities.

The inaugural presentation took place in the presence of hundreds of engineers and journalists on the group’s campus in Silicon Valley for the first time since the start of the pandemic.

Various product managers marched to unveil, among other things, a new home-made electronic chip, a customizable iPhone guard screen, a new payment system for merchants, the possibility of correcting or deleting messages, sophisticated tools based on artificial intelligence, a complete update of its operating system for cars (CarPlay) and a new MacBook Air.

Once is not custom, “Apple responds to the shopping list of users,” found Carolina Milanesi, analyst at Creative Strategies.

“They listen to what consumers are saying and they make changes. They have eliminated a lot of friction from their operating system”, she assures, an issue “essential when we spend more time online for work, entertainment, shopping etc since the health crisis”.

Some features feel like a catch-up, especially on Apple Maps, the mapping app that has long lagged behind the hugely popular Google Maps.

But for the expert, the star of the show is the M2 chip. At the end of 2020, the group launched a new range of laptops equipped with its own chip, the M1, instead of those of Intel, marking the start of a two-year transition.

“They mentioned a lot of things that they couldn’t do before (…) like really high quality video games,” she noted.

Not a word, however, about so-called “mixed” realities (augmented and virtual), pillars of the metaverse, this future of the internet that many digital companies have undertaken to build, from Meta (Facebook, Instagram) to Fortnite and Roblox on the side of video games.

Rumors have swelled for months around an Apple VR headset that would be in preparation for this year. At the end of January, boss Tim Cook said he saw “a lot of potential in this space” and that he was “investing accordingly”.

Apple also did not mention the App Store, its essential platform for downloading applications, which arouses the anger of many of its Californian neighbors because of its strict rules on confidentiality and payment of commissions.

It will be available on the MacBook Air and the 13-inch MacBook Pro.

Since 2020, Apple has gradually reduced its use of Intel chips in favor of its in-house chips built from Apple Silicon.

The M2’s system-on-chip (SoC) is designed using second-generation 5-nanometer technology. It consists of 20 billion transistors, an increase of 25% over the M1.

Compared to its predecessor, the M1 chip, the new M2 chip offers 18% higher multicore CPU performance. According to Apple, its processor even offers almost twice the performance of the latest laptop chip, at equal power.

Highlighting the energy efficiency of its own silicon, Apple says the M2 chip offers almost 90% of the maximum performance of the latest 12-core laptop chip while consuming only a quarter of its power.

The M2 also features Apple’s next-generation GPU, which now has up to 10 cores. Combined with a larger cache memory and wider memory bandwidth, the M2 GPU can significantly improve graphics performance. These are up to 25% higher at the same power level as the M1, and up to 35% higher at max.

Additionally, the M2 enables the maximum performance of the PC chip using only one-fifth of the power.

Getting started with the MacBook Air M2: the revival all in lightness and power

It’s not necessarily when we expected it, but it’s nevertheless good for WWDC 22, the annual developer conference, that Apple has decided to launch its brand new MacBook Air into the arena.

Nearly two years after the advent of the model boosted by the in-house M1 chip, the first of its name, it is its successor which in turn opens a new era by becoming the spokesperson for the M2 chip. Three months after presenting the super-powerful M1 Ultra chip, Apple is already launching its 4th chip into the arena in just over 18 months. But this time, if the Apple Silicon chip has been unveiled and dissected, it already has a framework for judging its performance.

DESIGN: ALL NEW, ALL BEAUTIFUL

And for the occasion the MacBook Air has decided to get a makeover. It retains its 100% recycled aluminum frame, but makes it more compact. Exit the slightly triangular aspect on the side, this time it is straighter and also thinner (1.13 cm thick closed, almost half a centimeter gained).

A finesse combined with a lighter weight to fall to 1.24 kg (barely less than before) which makes it completely justify its name of Air. And in hand, the weight well distributed over the entire surface is felt, almost better than for the M1 model while it sports almost the same dimensions (30.41 x 21.5 cm against 30.41 x 21.24 cm for version M1).

The design is particularly elegant. We admit a very big weakness for the new Midnight color, a mixture of dark and bluish hues which thus melt the keyboard as a whole, just like the very large trackpad which is always very practical with its Force Touch capacity to allow different levels of pressure and so different functions, multi-touch, etc.

The keyboard has definitely done away with the very divisive TouchBar to make way for the function bar at the top. The function keys are also now more square whereas they were rectangular on the MacBook Air M1. On the far right, we find the fingerprint reader on the power button. And it has been redesigned to reveal a circle to better signal the sensor.

The MacBook Air 2022 marks the return of the MagSafe socket for recharging, this magnetic socket which makes it possible to avoid tearing the cable if you ever have to trip over it. The magnet system is still strong and snaps on quickly. But he also knows how to detach himself without taking the computer on board if necessary. Small design touch: the charging cable now matches the color of the device (with the white USB-C side to match the mains adapter which remains standard).

Next to the MagSafe port on the left of the MacBook Air, there are two USB-C/Thunderbolt 4 ports, while the M1 model had two Thunderbolt 3 ports (USB 4 and USB 3.1), one of which was used to charge the computer. On the right, Apple has retained a jack unlike its iPhone and iPad. But on the other hand, no trace of an SD card port which remains the prerogative of the latest MacBook Pro.

In terms of connectivity, the MacBook Air M2 can obviously rely on its compatibility with Wifi 6 and Bluetooth 5.0.

It’s really the finesse and lightness of the new design that impresses. The MacBook Air gets a facelift without really upsetting the deal or breaking Apple codes. We have a product flocked with an apple on the back and which respects the aesthetic codes of the brand. New look for a new life in power especially.

The MacBook Air M2 has a 13.6-inch Liquid Retina screen in a chassis that therefore remains at or near the same dimensions. That’s more than the previous MacBook Air’s 13.3 inches and that’s thanks to thinner bezels.

And yet, the device has a little coquetry already seen on the MacBook Pro 14 and 16 inches: the notch. Don’t expect to use it for facial recognition, it still doesn’t host the iPhone’s TrueDepth system. But this time it relies on a 10 Mpex FaceTime HD camera to film you in 1080p. That’s twice as good as the previous model. Nevertheless, it is discreet with certain software by hiding in a black band if necessary.

Amazing little thing: while Apple is constantly touting its Center Frame feature that allows the camera to follow you to always leave you in the center of the image, this one isn’t advertised on the MacBook Air like it isn’t. didn’t exist on the latest MacBook Pros. It remains the prerogative of iPads, iMac M1s and the Studio Display.