Apple is in talks to buy Electronic Arts 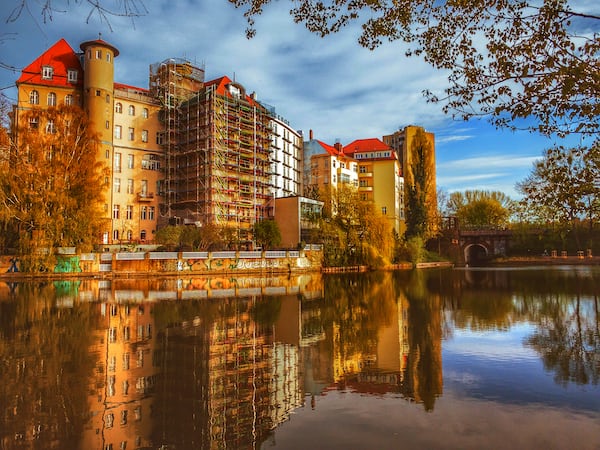 Apple is in talks to buy Electronic Arts

It’s time to consolidate! Electronic Arts, video game publisher to which we owe some excellent Star Wars titles, well-known sports licenses, the inescapable Sims or even the Need for Speed ​​license, which has experienced a few road trips, would be looking for a merger or of a buyer.

A market that concentrates

Since Microsoft bought Activision Blizzard last January for close to $69 billion, the video game world has been shuddering with the air of consolidation. The latest player to dance to this music would therefore be Electronic Arts, which is in active discussion with Apple.

If the Cupertino giant is in the running, it would not be alone, Disney and Amazon are or have also been in the loop, it seems. The Redwood City publisher, which is therefore only a few kilometers from Apple’s headquarters, would rather seek a merger, so that its current CEO, Andrew Wilson, takes the helm of the new entity. It is quite unlikely that this will be the case if his company is taken over by one of the three giants mentioned.

Nevertheless, the acquisition of Electronic Arts by Apple would not be implausible and devoid of interest. On the contrary, it would confirm the interest of the American giant for video games, and could also help it in the fights to come, in particular in that of virtual or augmented reality. Of course, it would also be very beneficial to its current ecosystem. Since the 2019 launch of its subscription video game service, Arcade, Apple has shown that it has ambition, but sometimes lacks known titles to attract players and retain them.

However, this could complicate the life of Electronic Arts, in its competitive relations, or even in its partnerships, with Disney in particular.

Moreover, the entertainment giant would have been the first player considered by EA. The publisher indeed works very closely with Disney since it has developed games set in the Star Wars universe for several years now. Three new titles in partnership with Lucasfilm Games were announced last January.

Nevertheless, Disney would not have shown any desire to acquire Electronic Arts, which could nevertheless have taken place, in one way or another, in an extended Disney + offer – like what Netflix is ​​starting to do with “little ones” games.

Amazon is also increasingly present in the field of video games. He has, over the years, built up a set of studios, with more or less success. The path followed by the e-commerce giant is more cloud-oriented, with Luna, its service presented in September 2020. Acquiring Electronic Arts would allow it to further consolidate its catalog.

EA seems relatively in a hurry to reach an agreement, so it is quite possible that we will hear again about this acquisition in the coming days or weeks. Meanwhile, the action of Electronic Arts gained 2.3% yesterday at the close of trading.

Electronic Arts soon to be acquired?

Consolidation continues in the JV universe. Bethesda, Activision Blizzard, Bungie… there are countless studios that have passed into the fold of another company in recent years. And the law of series should not stop there. After the recent takeover rumors around Ubisoft, it is now the giant Electronic Arts that could change dairy.

The studio behind FIFA has reportedly already approached NBCUniversal to discuss the merger. If these discussions have led to nothing, EA would still be actively looking for a buyer for a possible merger or acquisition. Among the contenders, no less than: Disney, Apple and Amazon. So far, none of the three firms have responded.

Electronic Arts is looking for a buyer: Apple, Disney and Amazon on the spot?

An open secret, the video game publisher Electronic Arts is currently looking for a buyer or a company with which to merge. The concentration of the video game market should therefore continue. There was a time when it mainly concerned smaller studios, bought by the ogres of which EA is a part. But today it is the tech giants that are absorbing the international firms in the sector. Among the latest outstanding examples, we necessarily think of the record takeovers of Activision Blizzard by Microsoft or Bungie by Sony. Operations that give ideas to Amazon, Apple and Disney, in which we lend a real interest to Electronic Arts.

Thus, if we are to believe the information gleaned by Puck, Apple has opened discussions with Electronic Arts for its acquisition. Similar negotiations have been opened with Amazon and Disney. To date, EA’s preference would be for a merger, in particular so that the company’s management can maintain the course it has taken in recent years with Andrew Wilson at the helm. A merger with Apple would be all the more historic as the two companies share some fundamentals. Trip Hawkins, who was director of strategy and marketing at Apple, left the firm in 1982 to start the Electronic Arts adventure.

Asked by the US press, neither Apple nor Electronic Arts wanted to comment on what they call “rumors and speculation”. “We are proud to be in a position of strength and growth, with a portfolio of incredible games, built around powerful licenses, made by talented teams, and a network of more than half a billion players. We see a bright future ahead of us,” added EA spokesperson John Reseburg.

Still, according to Puck, Disney has the advantage in these negotiations with EA. The company with big ears would have opened discussions with the video game publisher as early as last March, with the desire to build a stronger common relationship. Disney is also an entertainment heavyweight and has some of the most popular licenses in the world. However, Disney is currently focused on growing its Disney+ platform, as well as a potential acquisition of sports giant ESPN, which would have a busy EA considering other options.

Electronic Arts soon to be acquired by Apple (or Amazon, or Disney)?

The video game giant Electronic Arts, the largest independent publisher, could soon be acquired by another giant of technology or media.

According to the Puck site, Apple is one of the companies that have discussed with Electronic Arts a possible takeover of the video game giant. Present in the sector since 1982, Electronic Arts (or EA) has already met several other potential buyers, including Amazon and Disney.

Owning a company like EA would not be superfluous for Apple, especially to power its Apple Arcade service. Note, however, that Andrew Wilson -CEO of EA- wishes to retain his position once the purchase has been made, which could make the transaction more complicated. Namely, EA’s first choice was Disney, the two companies had actually met in March to establish “a more serious relationship”… than simple licensing agreements. But Disney ultimately declined to make the purchase.