Apple is looking for a way to stop you driving drunk 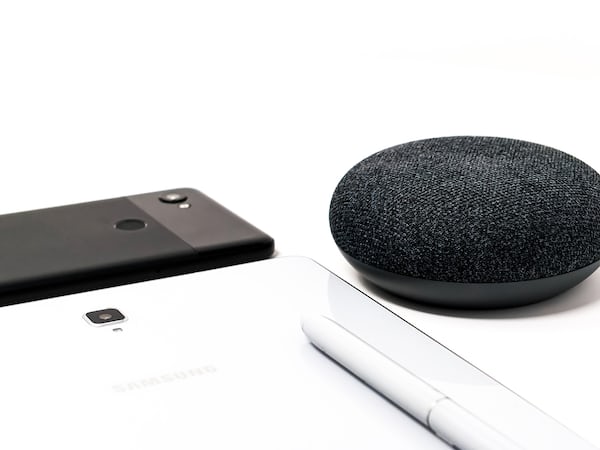 Apple is looking for a way to stop you driving drunk

Apple is one of the most understated companies in the tech industry. But even if he rarely mentions his projects, it happens that we have an idea of ​​the products or functionalities in the pipeline thanks to the firm’s patents or thanks to its acquisitions.

More precisely, the document would describe a mechanism by which the iPhone of the driver would know if this one has a high blood alcohol level, thanks to an integrated alcotest or an accessory. And if the blood alcohol level exceeds the authorized threshold, the iPhone would block access to the vehicle through the Car Keys functionality.

As a reminder, Car Keys is a feature of Apple’s Wallet app. This allows you to use the iPhone instead of car keys, thanks to the NFC module.

Of course, at the moment, this is just a rumor. And moreover, the existence of these documents does not make it possible to affirm that Apple will indeed launch the functionality described.

Nevertheless, Apple would have already made other patent applications in order to integrate breathalyzers into the iPhone or the Apple Watch. Rumors also evoke the possibility that future Apple watches will be equipped with optical sensors capable of measuring alcohol and blood sugar levels.

In any case, if Apple launches a feature against driving while intoxicated, it will probably not impose this system on its users, but rather rely on volunteering. For example, a person can activate the feature just before entering a bar, to ensure that they cannot drive if they have had one drink too many.

Moreover, it would be easy to circumvent the restrictions that Apple could impose via Car Keys, since the user would only have to take out the real keys of his car to start it. Unless it’s an Apple car…

Apple Car: the first model will be released in 2025

Indeed, it is possible that in a few years, Apple fans will be able to buy electric and autonomous cars designed by the firm. We’ve known for years that she’s been working on this project. And despite the difficulties that Apple has faced (such as departures of engineers), this project is still relevant.

Recently, SamaGame published an article indicating that to strengthen its future automotive branch, Apple would have recruited a former director of Ford Motors: Desi Ujkashevic.

She has worked at Ford since 1991 and her last role with the company was as global director of automotive safety engineering. Ujkashevic also reportedly oversaw interior, exterior chassis and electronics engineering at the automaker. Ford confirmed the departure of its director, but, as usual, Apple did not comment on the subject.

In any case, this news shows that the Apple Car is still under development. And according to SamaGame, the first model could be marketed from 2025.

Apple Car: you can control the car with your iPhone and with Siri

APPLE CAR: YOU CAN INDICATE THE DESTINATION ON YOUR IPHONE SCREEN

The descriptions included in the patent detail a tailor-made “guidance system” for the autonomous car. In the patent, Apple specifies that an autonomous vehicle is “capable of sensing its surroundings and navigating to destinations with little or no occupant interaction”.

In view of the latest leaks, the Apple Car should not require any interaction from a human. However, the user must indicate where he wishes to go. According to the patent, he will be able to indicate the destination directly on the screen of his iPhone. Apple is planning that the car owner can use the touch screen of an iPhone or iPad to enter the destination, probably through Apple Maps.

Pending official information, there is no indication that Apple really intends toexploit this technology described in the patent. It is not uncommon for the group to patent technologies without ever integrating them into products, solely in order to secure its inventions. For the record, the Apple Car should hit the market in 2025. The presentation could be organized several months before the arrival in stores.

Patent: the “Car key” function in tandem with a connected breathalyzer

Between drinking or driving, you know, you have to choose. And if your preference is for the first activity, then your iPhone may well refuse you to open the car! A patent filed by Apple describes a system that prevents the “Car Key” function from doing its job (opening the door of the vehicle) when the driver’s breath is a little too heavy.

The CarKey functionality, available for a very small handful of cars, could indeed work in tandem with a connected breathalyzer. The patent explains that to unlock his vehicle, CarKey would ask the user to blow into a breathalyzer: depending on the result, the car would open… or not, depending on the level of alcohol in the blood authorized to drive.

So of course, it remains a patent and nothing says that Apple really intends to block access to their cars by CarKey users who are a little too focused on the bottle. This function would also have to be seriously democratized for this idea to be really useful!

This guidance system will be easy to use even in areas where accurate map data may not be available. The patent encompasses various methods of driving the vehicle using multiple computing devices to indicate the destination of the vehicle, such as a shopping mall, office complex, etc.

The patent shows that the driver can use the touchscreen of an iPhone or iPad to give input. The devices could be used to mark a planned stopping point, plot a route, or indicate an expected direction using a virtual joystick.

Additionally, it looks like Siri will be able to be used to command the vehicle. For example, the user can command the application to park using a voice command such as “park over there”.

Clearly, at the moment it’s just a patent, but it certainly gives us an idea of ​​the work Apple is doing on this elusive Apple Car.