Apple is testing MacBooks with touchscreens, which it probably won’t ever release 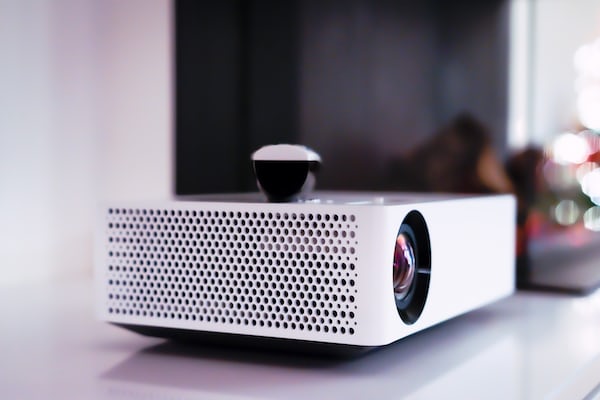 Apple is testing MacBooks with touchscreens, which it probably won’t ever release

The Apple factory does not stop thinking and devising products that could work. Some remain in the pipeline, either because of the costs or infeasibility of the same. Others end up seeing the light and it is the public who decides their future. And if there is something that represents a turning point in technology, it is nothing other than the touchscreen. Nowadays it is not possible to acquire a mobile device with good performance without this type of screen, that our thumb must evolve after millions of years.

But what about a laptop like the MacBook? Will its implementation be possible? Would it be successful? Would it be too expensive? All these questions are on the table, and the rumor is there. According to a Twitter user, Apple seems to be working on it, but the viability of the project does not seem very clear. What would Apple fans think? And the criticism? Is there some kind of patent pending?

A MacBook with a touch screen: a chimera

The tweet is explicit. It states that the company with the bitten apple could be working on this type of screen, but for MacBook. There is also an impact on the fact that it is only a project, and that it will probably not materialize in the future. The unknowns are enormous, but everything can be expected of Californians.

MacBook with a touchscreen

Apple working on it, but -very undecided- about it
tablet hybrid, can * change interfaces when you flip it

the one with a fixed screen as we have now, but with a touchscreen, unless things change, is not coming out anytime soon, if ever

As an active MacBook user, I spend too many hours a day with it, I admit that it would give me some apprehension to have a large screen that could interact with my fingers. First of all, because it looks like on a laptop, that function does not seem too clear. There are already times when it is difficult for me to use the Touch Bar, as to now put my finger on the screen.

I think that, on the other hand, the mouse is the natural extension of my finger on the screen. I don’t see much sense in it, I focus all my energy on the keyboard and mouse when working, not on the panel itself. For that I already have the iPad, which is a joy for its size and ability to interact with my fingers. Perhaps the company’s efforts will beg to be more helpful if MacOS could be run on a powerful enough iPad. That could mean a revolution when it comes to understanding productivity.

On the other hand, let’s talk about costs. Personally I do not know the amount of introducing touch technology on a MacBook screen. I understand that it should not be inexpensive, which could further inflate the prices of computers that already have a high cost. Would this extra cost be worth it for the user? Perhaps leaving things as they have been, or at least, until technology gets cheaper, would be the most recommended option for everyone.

That hybrid concept would not seem to please in Cupertino, because if they decided to launch it, something extra would have to be offered to be able to hit the table. At Apple they are clear, and this has been demonstrated by sierre, that they do not like to be trailed by anyone and that they are specialists in improving what already exists to provide a different user experience. Enter the ground of a touchscreen laptop maybe it’s very “Windows” and, and they know how to do it like no one else. Perhaps the smartest thing to do is to keep doing things as you have done now.

However, there is no other leak on it other than a simple tweet from a user with few followers. It does not seem very likely that this issue is a priority for Apple right now. But for Californians there is nothing impossible and something that for them sounded sacrilege in the past, now they are a reality. We can take as an example the famous Apple Pencil, a concept that they say Steve Jobs abhorred.

Be that as it may, for now we are going to wait to see what the next keynote that is scheduled for September 8, The most immediate objectives are to give the chest a do with the new iPhone 12 and revolutionize wearables again with a review of the Apple Watch. And that is no joke.