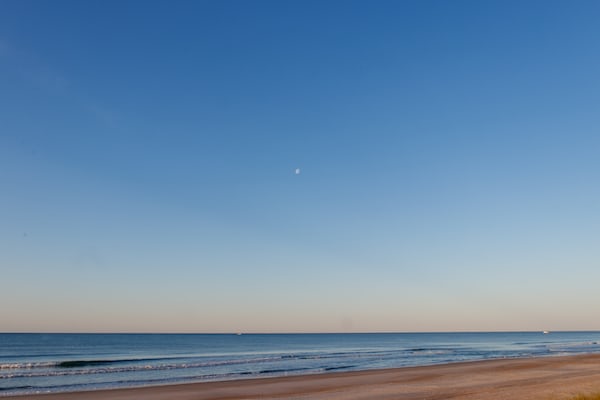 A BOX SIMILAR TO THE OLD VERSION, BUT A NEW REMOTE CONTROL

At first glance, the case of the Apple TV 4K is nothing revolutionary when we remember the 2017 model. The apple brand has in fact decided to keep a black box in the shape of a cube, which remains equally sober, minimalist and elegant. On the other hand, the remote control that accompanies it has a new look. With its false airs of iPod, it is now equipped with a touch surface on its central button. The control has also been improved to be smoother. In addition, this Siri Remote has the advantage of having two very practical buttons, Power and Mute, which could not be found on the older generation: they allow you to use only one remote control to turn on/ turn off your television, or mute the sound. Siri can also be requested using the button provided for this purpose, placed on the right edge.

In addition to the new design of the remote control, the Apple TV 4K also comes with some improvements to be found in terms of its performance. The box is for example equipped with an A12 Bionic chip, which replaces the previous A10X chip. If it is not the most powerful processor from the Californian firm, the performance will indeed be much better. That’s not all, since the Apple TV 4K is also full of compatibilities to offer you an ever more advanced and pleasant experience. The TV box thus ensures the display of videos in 4K Ultra HD (3,840 x 2,160 pixels) up to 60 frames per second, which allows us to enjoy sharp and well-detailed images. Dolby Vision, HDR10 as well as Dolby Atmos on the sound side will also be there.

Among the other features present, we can also count on the presence of support for HDMI 2.1, which therefore allows the display of 120 images per second in 4K, but also the appearance of a calibration of the television which exploits the brightness sensor environment of the iPhone.

The Apple TV 4K obviously comes with the Apple tvOS interface, which will meet every need. The TV application acts here as a unified interface for accessing programs from TV channels or VOD/SVOD services, without the user needing to open each application one by one, and, of course, the applications flagship streaming will be integrated. Regarding the gaming part, despite the existence of Apple Arcade, the Apple TV 4K does not act as a game console, even if some interesting titles may be launched.

The discount isn’t huge, but Apple TV promos are very rare. At this price, the 64GB model is only slightly more expensive than the 32GB, which costs €199. This 64 GB will be especially useful if you are a big fan of Apple Arcade and you store a lot of games.

This is the latest generation Apple TV 4K, the one released in 2021 with an A12 Bionic chip and the new, much more ergonomic metal remote control. A new generation of Apple TV could be released by the end of the year. It would be primarily an internal upgrade with a newer chip and a bit more RAM.

Back on the 14 and 16 inch MacBook Pro and on the MacBook Air M2, the USB-C to MagSafe cable is on sale at Amazon where it is displayed at 46 € instead of 55 € on the Apple Store. At this price, only the silver color is available.

If you plan to build a second charger, for example to lighten your bag between the office and home, it’s always a win. For the AC adapter, on the other hand, there is no particular promotion at the moment on the USB-C models;