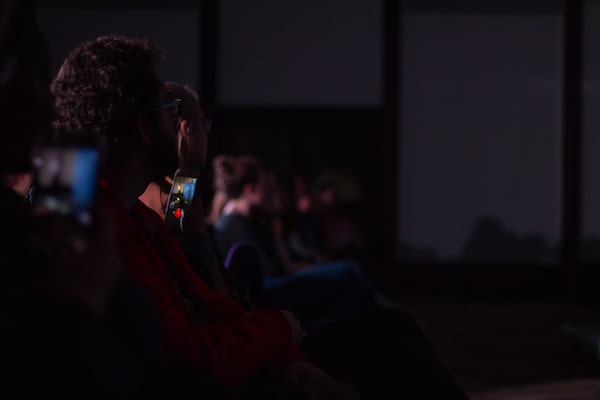 The tv boxes are small multimedia centers that connect to televisions to facilitate access to a multitude of services. These versatile devices can be used for stream content to your TVplay locally stored files, video games and more.

With the many options available, many from no-name brands, choose the best tv box for you maybe a discouraging experience. What does the list of the best TV boxes in 2022 tell us?

In 2021, Apple updated its best TV box. The design is identical to previous Apple TV 4K models: square, with the logo at the top and rounded edges. It is a little thick and has a LEDs which lights up when it powers up or receives commands. On the back, there are only three ports: charge, HDMI 2.1 and Gigabit-Ethernet. The remote control is now more compact, ergonomic, responds to commands efficiently and has an improved trackpad, which makes navigation smoother. Performance-wise, the Apple TV 4K is a beast thanks to the A12 Bionic processor.

This chip allows smooth navigation, with good refresh rates at 60 Hz, especially if you have an Apple TV 4K. The storage is also superior to that of the competition by far: 32 GB or 64 GB. Which is understandable since you won’t be able to use other types of external storage via USB. The video and audio quality is the best you will find on the market, to watch movies and shows from applications of streaming. You will be able to play 4K content on all platforms, be it Netflix, HBO, iTunes, Amazon Prime Video, and enjoy support for Dolby Vision and Atmos.

Contrary to Chromecast previous streaming devices, Google has installed, on this latest version, the Chromecast with a new user interface called Google TV, which is based on the platform android TV. You also get a remote to navigate the Google TV UI, search, and discover new content.

In terms of specifications, it comes with a Amlogic SoC (4-core Cortez A55 1.9GHz) and a Mali GPU. You also have 2 GB of RAM and 8 GB of storage, of which only 4.4 GB is usable by the user. The performances are excellent thanks to its 4 core processor with 2 GB of RAM, which will allow you to run videos in 4K at 60 frames per second, which in this price range is great. The Chromecast with Google TV also supports HDM + HDM 10 Dolby Vision and Dolby Atmos. It can also play 4K HDR content, HDR 10+ seamlessly and also has a separate section for live sports.

The Nvidia Shield TV Pro is one of the best devices to buy. The Shield TV Pro offers 3 GB of RAM and 16 GB of storage. In addition, it is equipped with the internal processor Nvidia’s Tegra X1+ and a 256-core Nvidia GPU, which makes it possible to display millions of pixels on a larger screen. In addition, this box supports 4K HDR Ready, Dolby Vision HDR and HDR10, features Dolby Audio and DTS-X surround sound, and more. Some may not like it, but Nvidia’s Shield TV Pro also supports upscaling of HD and FHD content to 4K 30FPS thanks to the AI ​​algorithm.

Test – Chromecast with Google TV: a discreet, functional and above all very useful little gadget

It is with a little that the new Chromecast model from Google is appearing on the Belgian market. In addition to an affordable price (69 €), this accessory designed to make outdated televisions connected scores many points thanks to a user experience with small onions.

With this device, the American giant is targeting a specific audience, those who have not yet passed the milestone of connected televisions. The Chromecast is indeed intended to make these devices smarter than they are, and this, at a lower cost and in a snap of the fingers.

The Chromecast with Google TV comes in the form of a small box with a sleek design that connects to a television via an HDMI input and connects to the mains. Installation is as simple as that. All you have to do is follow the instructions on the screen to enjoy your newly connected television. With the new remote control attached to the box, the process is easily done from your couch.

Once this is done, you can also install the Google Home application on your smartphone to be able to cast (project) photos or videos on your TV and share them with your loved ones.

Note that the device is compatible with 4K, Dolby Vision, Digital, Atmos, HDR + – but your television must be too. The display and sound quality – even over wifi – is impeccable.

A well thought out interface

But that’s not all, the Chromecast with Google TV centralizes all the applications found on traditional SmartTVs, in particular Netflix, YouTube, Prime Video or even RTBF Auvio, VTM and Apple TV+, through a particularly good interface. thought, GoogleTV.

As a developer of Android – the operating system used as an underlay by most manufacturers of connected televisions -, Google masters its software to perfection and offers a most effective finished product. In addition, the system offers rather relevant suggestions to users based on their viewing habits.

With 2 GB of RAM and 8 GB of memory (of which only 5 GB is really available), the Chromecast with Google TV is very fast. The user experience is indeed a real success, especially when the device is connected to the Internet via an Ethernet cable (optional).

The navigation is fluid and the connection to the various services is ultra-fast. We were pleasantly surprised. The difference with the first Chromecast of the name is obvious – the latter did not leave us with good memories. Here, the illusion of having a SmartTV is total.

The remote control, a real plus

Navigating through the menus is child’s play, especially thanks to the supplied remote control. This is a real asset. Its absence was indeed noticed with the brand’s first Chromecast. Back then, everything had to be done through the mobile app. So, of course, it is practical, but less than a dedicated device for navigating between the menus of a television and accessible at hand, without having to unlock it or launch an app.

The remote control is easy to use, although it differs quite a bit from those we are used to. Compact, the device has only about ten buttons, including two on the side. A provision that is disturbing, especially since it is the buttons to adjust the volume – the remote control is indeed able to control the sound of the television thanks to its infrared. It will take a little getting used to, but nothing too bad. And although the keys are limited, they all have a specific role to play – including shortcuts for YouTube and Netflix – and prove to be very useful.

We will also note the possibility of launching the virtual assistant of Google, Google Assistant, and of communicating orally with him. A plus, but here, it’s more of a gadget feature designed for those who have a whole range of connected devices at home. It is indeed possible to ask him to turn off connected bulbs or to launch a particular series.

For a very affordable price of 69 €, the Chromecast with Google TV offers to transform your aging television into a real SmartTV. The experience offered is worthy of current models, with a particularly well thought-out fluid interface. The cast of photos and videos is nice, although the main interest of the accessory remains the possibility of launching your favorite applications in record time on your outdated television. At this level, the Chromecast with Google TV really wins points. The experience is optimal, even on wifi. Finally, the supplied remote control really brings a plus compared to the first Chromecast. It also enriches the television experience and works with the vast majority of devices. A device to get for those who want to give a facelift to their television.