Apple TV+ is not progressing in France and remains at 3% 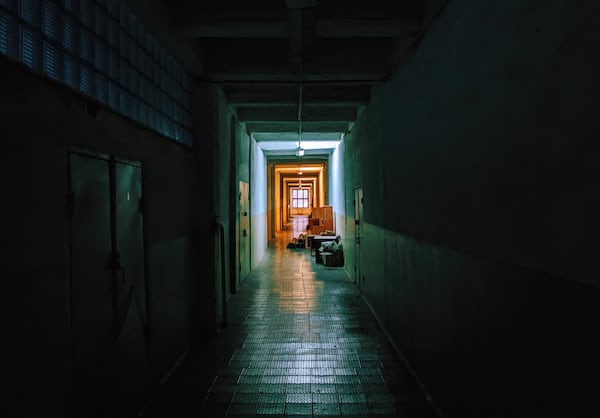 Apple TV+ is not progressing in France and remains at 3%

The market share of Apple TV+ in France is 3%. It is one of the least used streaming services with Salto, which is on par. The dominating platform is Netflix with 30%. The group recently announced that it had passed the milestone of 10 million subscribers in France. Then there is Amazon Prime Video with 28%. So it’s not that far. In third, we find Disney + with 18%.

The ranking also includes Canal+ and OCS, which are fourth and fifth respectively. Canal+ is at 9%, where OCS is at 6%. It will be interesting to see if OCS will seriously increase during the third quarter knowing that there will be the series House of the Dragon, which is a spin-off of Game of Thrones. There is a big expectation and this will naturally affect subscriptions. At the same time, there will be The Lord of the Rings: The Rings of Power series on Amazon Prime Video. Here too, there is a certain expectation.

For Apple TV+, the lack of success could partly be explained by availability. Android and Windows users still do not have the right to a dedicated application. Their only alternative is to go through the web version, but the experience with this one is more than average.

The red N no longer sails alone in the ocean of on-demand streaming. Other SVOD platforms have emerged, significantly increasing the number of alternatives for users. Significant fact, some offer you to test their catalog for free for a given time. A good way to discover the content available before paying a first monthly payment. Or unsubscribe if you are not convinced. When a particular series catches your eye, the trial period will allow you to binge-watch it without having to pay a penny.

Anyway, we advise you to set a reminder just before the end of the free period. Some services offer free trials in the hope that you forget to cancel your subscription.

Included in the Amazon Prime subscription, this SVOD platform is therefore available free of charge for an entire month. Because as a reminder, you have a free month of subscription to Amazon Prime when you subscribe for the first time.

Anxious to make its users pay for account sharing, Netflix should not let go of ballast on subscriptions in the future. Still hegemonic despite growing difficulties, the Red N does not offer a free trial.

Same story on the side of Disney +. Mickey’s platform, dear to Star Wars and Marvel lovers, does not offer a free trial.

The Bitten Apple also has its streaming service with some original nuggets like the Ted Lasso series. Good news, you can test the platform for free for seven days! Note that you will have three months free if you buy an Apple device.

The French entertainment platform embeds interesting programs and sometimes has exclusives such as And Just Like That (continuation of the series and the city), the reunion of the actors of Friends and those of the actors of the Harry Potter saga. You get a free trial month.

Rich in excellent series like The Wire, GoT or Euphoria, OCS will soon broadcast the Game of Thrones spin-off, House of the Dragon. This platform gives you free access to its catalog for seven days.

StarzPlay also offers movies and series that are worth watching. Content to discover for free during the seven-day trial period.

This service wants to put an end to the omerta of the platforms. Netflix, Prime Video.

Netflix, Amazon Prime Video or even Disney have announced the number of views available for certain programs in their catalogs. But who is really in a position to control these numbers? Now, the marketer wouldn’t have the ability to repeat what didn’t work and would always look for things that might work.

Mediametry tends to distance the omerta of the greats of streaming.

Apparently, the institute thinks it can expand some of its skills over the next couple of years. This is in any case how its CEO, Yannick Carriou, has just granted an interview to Le Figaro on this subject.

The objective of his company is to attract all followers of the various video on demand platforms, including Netflix, Amazon Video and Disney Video as well as popular streaming services in France such as TF1’s MyTF1 or France 24 TV.

Why? As a military tactic, the tension revolves around marketing.

Greater transparency and greater oversight will ensure this.

The introduction of a new American digital market aims to provide the French market with some uncertainty about the problematic attitude of the web giants and to put an end to the harsh practices towards streaming platforms like Netflix. Yannick Carriou is motivated to set up this kind of audience research based on an analysis by La Chaîne which points to a significant difference in the communication of the platforms between the audience and the viewing habit.

Netflix today announced its goal to be more transparent in its operations.

Which solution for Médiamétrie?

We do not know to what extent Médiamétrie will have to achieve its objective. Currently, it relies on a panel of approximately 11,500 people in 5,000 homes across the city. In each of these houses there is a television detector which registers television consumption.

Since 2008, the institute has relied on audio watermarking technology, in collaboration with television channels. It involves embedding a watermark in an audio track which is recognized by a fixed audiometer near the screen and by an audiometer worn (in a necklace or on the pants). A procedure which makes it possible to configure the flow according to the activity of the panelists.

As platforms do not want to be evaluated by institutions and do not wish to integrate this technological innovation, it seems complicated for institutes to gauge their target audiences.