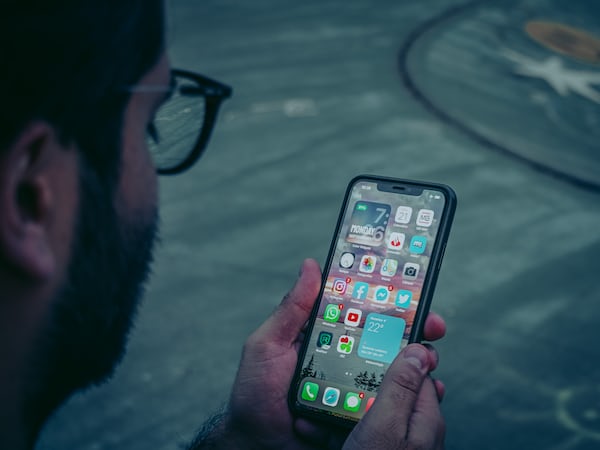 Apple and the advertising market is now a rolling story. As the App Store gets ready to welcome new announcements — you’re excited, aren’t you? —, Apple is clearly seeking to amplify its technical capabilities in the field

Apple would like to build its own Demand Side Platform (DSP), a technology that automates the various operations of advertising campaigns. A DSP is the equivalent of a control center for marketing, a central technology capable of taking investments to the next level.

“No company creates advertising technology like this if it does not intend to multiply its revenues in the field,” notes the site specializing in the advertising industry, which adds that Apple has accelerated the recruitments in its Ad Platform division this year.

While the sale of equipment is subject to disturbances, Apple has recently reorganized its Services activity in particular to promote the growth of advertising. “The advertising business is big enough to live on its own,” according to a person familiar with the matter. According to an estimate by Insider Intelligence, advertising could bring in $4.14 billion for Apple in 2022.

This is a case that Apple would have done well. In the United States, the Cupertino company is the subject of a complaint brought by Le Figaro and L’Équipe, president and vice-president of Le Geste, an association which represents publishers of content and online services. In question, the alleged abuse of position – even the violation of competition law – on the market for mobile applications on the part of Apple.

According to the complaint, the apple brand holds a “deliberate, anti-competitive and unjustifiable monopoly”. It is thus criticized for offering only one means of reaching users of the brand, via the App Store.

Apple has taken over the market for distributing applications on iOS (…), but not because it has built the best store. Apple deliberately built a monopoly by blocking any potential competition through technical means and contracts with developers.

Excerpt from the complaint

Access to customer data, protected by Apple, is another subject of tension: publishers would like a reader subscribing to a subscription on the App Store to be able to find it more easily on his computer. Finally, the plaintiffs wish to obtain more flexibility, in particular in the payment systems or in the tariff levels (prices currently fixed by Apple at 0.99 €, 1.99 €, etc.).

Why Le Figaro and L’Equipe file a complaint against Apple?

A “deliberate, anti-competitive and unjustifiable monopoly”. This is what Le Figaro and L’Equipe accuse the giant Apple.

Associated with Le Geste, an association representing publishers of online content and services, the two French media have therefore filed a complaint on Monday August 1 against the American company in court in San Jose, California. The plaintiffs want Apple to offer or allow alternative ways to access their apps.

“Apple has cornered the market for the distribution of apps on iOS (…) but not because it has built the best store” they explain. And to add:

Apple deliberately built a monopoly by blocking any potential competition through technical means and contracts with developers.

The plaintiffs’ lawyers are therefore asking for a jury trial and are asking, in addition to damages, for an injunction from the judge forcing Apple to change its practices in the distribution of applications on iOS.

An air of deja vu

This case is reminiscent of the soap opera Epic Games vs. Apple. The publisher of Fortnite had filed a complaint against Apple in 2020 for abuse of a dominant position and had won the case. But Apple appealed the decision. Like Le Figaro and L’Equipe, Epic criticized Apple for exercising a monopoly on the purchase of goods and services in its store.

To defend, Apple brandishes its shield marked with the seal of security. The company explains that the App Store is the safest portal to download an application on iOS. It says it provides the best guarantee in terms of payment security and data confidentiality. The judges will therefore decide if this argument is sufficient to keep the App Store as the one and only means of downloading an application.

But things seem to be going badly. In the United States, the company will have to justify these practices to the regulators.

On Android, alternative app stores have been around for years. However, the Play Store remains the preferred portal for users.

Hiring in the ad platforms division has increased significantly since the start of 2022. This is also reflected in the executive org chart. A report from May indicates that the Apple Services group now has a dedicated manager, Todd Teresi, to focus on advertising-related initiatives.

A demand-side platform allows advertisers to set up automations that scale campaigns based on KPI factors, aided by machine learning. As long as the platform is well designed, advertisers are happy and spend more.

Demand-side platforms also do other things, like help advertisers closely match their target audience demographics, and try multiple variations of an ad campaign with dynamic A/B testing, and ultimately optimize and grow spending around top-performing campaigns.

Creating a good DSP is a significant investment in cost and engineering hours. It could be used to power App Store search ads, media placements like the aforementioned MLB display ad (and other live sports rumors that Apple is bidding on, like the NFL Sunday Ticket Package) and more. .

It doesn’t seem so easy to expect Apple Search Ads to eventually escape the App Store app… and find their way into other parts of the Apple experience, like Spotlight or Maps when browsing. looking for places to go.

In streaming TV, ad-supported content is becoming increasingly popular. Soon, all of Apple TV+’s competitors like Netflix and Disney+ will offer an ad-supported tier. It’s possible that Apple wants to offer its own discounted tier with ads to compete.

Long-time Apple watchers will know that in 2010 Apple launched its own mobile banner ad solution for third-party developers called iAd. iAd was a widespread failure and was quietly discontinued a few years ago. But there’s always a chance that Apple might try another jab at this market, to add to its growing stack of service revenue streams.

Apple has come under fire for expanding its advertising initiatives while cracking down on the capabilities of third-party ad networks. Rolling out App Tracking Transparency was a clear win for consumers, but ad networks like Facebook and Snap struggled to keep their ad platforms efficient as a result, and felt it cost the industry tens of billions of dollars in the last year. Apple’s definition of “tracking” as sharing data with third parties indicates that its own personalized ads fall outside of ATT’s jurisdiction, as this is considered first-party data sharing.