Apple Watch: the latest model of Apple connected watch is finally at an attractive price 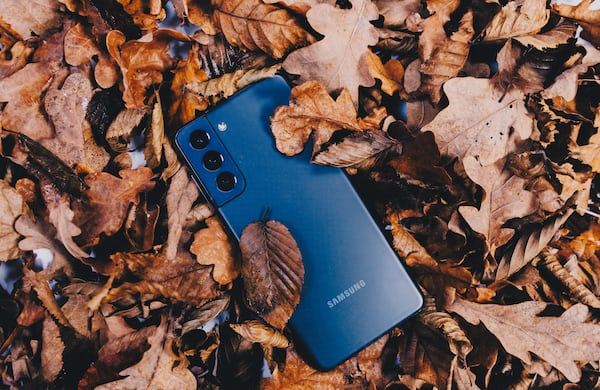 Apple Watch: the latest model of Apple connected watch is finally at an attractive price

The Apple Watch Series 7 connected watch is the most advanced model that can be found in the American brand’s catalog. Equipped with many high-performance sensors, this watch is aimed at both athletes and those who like to have access to their favorite features on the wrist.

The Apple Watch Series 7 is equipped with multiple sensors that allow you to measure your heart rate and the oxygen level in your blood. It is also one of the few models available on the market that allows an electrocardiogram to be performed on demand. Its Bluetooth connection allows you to connect it in a few moments to your iPhone, to give you access to all the notifications of your favorite social applications. However, you should know that the Apple Watch Series 7 is not compatible with Android devices.

Apple quality at a discount at Amazon

You can use the Apple watch to precisely measure your sports performance, in particular thanks to the presence of a very precise GPS. It comes with three months of included subscription to the Apple Fitness+ service. Apple Watch Series 7 can be used to listen to music, pay contactless with Apple Pay, and more. Its autonomy goes up to 24 hours and it comes with an easy-to-use magnetic charger.

The Apple Watch Series 7 connected watch, on sale at Amazon, is a real wellness coach. Its sensors record your physical activity and establish data on your state of health. The watch offers you exercises to improve your physical fitness. The Apple Watch Series 7 supports many types of training, such as yoga, Pilates, running or swimming. Its Retina screen is one of the strongest designed by Apple to date. It is water resistant. So you can go to the beach and swim in the pool with your watch. Amazon offers you a 12% discount on the Apple Watch Series 7 connected watch and its price drops to 379 euros instead of 429 euros. Among its key features, it can also measure your blood oxygen levels and track your heart rate.

Apple Watch Series 7 (GPS model) lets you take calls, reply to messages, and read your notifications. It is connected to your smartphone. Download the Apple Watch app to discover all your data and track your stats. The Fitness application on your iPhone tracks your progress and informs you of the number of steps you take or the quantity of calories burned. Good to know: the Apple Watch Series 7 is compatible with Apple Pay. You can pay for your orders with your wrist and without taking out your bank card. This smartwatch, on sale at Amazon, is for use with iPhone only (iPhone 6s or later) or iOS 5 (or later). The watch is therefore compatible with iPads or Macs.

Apple Watch SE 2: Everything we know so far

The SE will stick to the screen size of the current model, rather than jumping to the bigger size of the 7-series. But it may get the same S8 chip as the 8-series, an upgrade from the S5 in the current SE from 2020.

With that in mind, it’s unclear if Apple will bring an always-on display with this model. Even with 40mm and 44mm, Apple Watch Series 5 and Apple Watch Series 6 both featured this technology. Other than that, don’t expect any drastic changes as they say for the Apple Watch Pro.

The original Apple Watch SE includes the S5 chip, which was made available with the Apple Watch Series 5. It was similar to the one introduced earlier, the S4.

Currently, rumors suggest that the Apple Watch Series 8 will feature the same processor as the current generation – and the one before it. With the S6 chip, Apple was able to make it 20% faster than the old model.

Since Apple hasn’t updated the processor in recent years, it’s likely that the Apple Watch SE 2 chip will be as fast as the one available in the Apple Watch Series 8 or “Pro”, although some features may be missing.

What sensors will the Apple Watch SE 2 have?

The original Apple Watch SE does not have the Blood Oxygen app or the ECG app. Mark Gurman has already reported that this watch will not have the long-awaited body temperature sensor, indicating that Apple may add the blood oxygen monitor or at least the ability to take an ECG with the Apple Watch SE 2. .

Other than that, Apple may be planning to update some of the older sensors in light of the Apple Watch Series 8 announcement.

Apple is the biggest seller of watches. No connected watches, just watches. Ultra leader in its market, the Apple brand consolidates its lead by improving the Apple Watch each year.

The latest, the Series 7, is undeniably one of the best connected watches on the market, increasingly essential for iPhone owners.

You know Apple, the price of products is quite high and promotions are rare. But, right now, Amazon is showing a very strong price for the larger Series 7. Indeed, the price of an Apple Watch varies according to 3 parameters:

Apple is nothing if not consistent when it comes to announcing the Apple Watch and so although we have limited rumors regarding its release date, we can still be fairly confident that it will happen around September 13th of this year.

It’s all Tuesdays, so if Apple follows the same pattern, we come to the September 13 projection.

Apple is expected to stick to its current price for the Apple Watch with the base model starting at €399. Upgrading to the cellular model should again add €100 whether you get the base Apple Watch or on top of the €30 premium you’ll pay for the larger model. The price of different case materials like stainless steel or titanium will increase the price, probably matching the current prices of €699 and €799 once again.