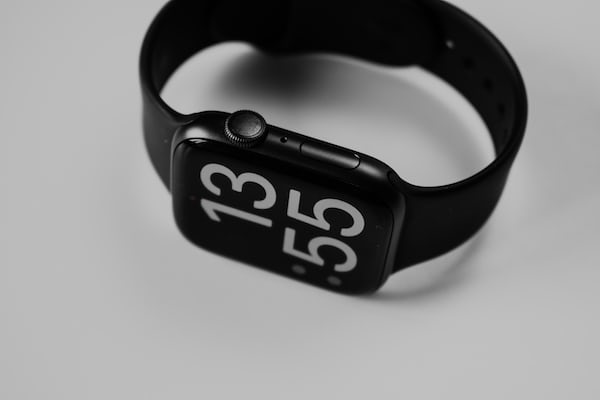 When Apple introduced the iPhone 8, iPhone 8 Plus, and iPhone X models, it did so in conjunction with announcing a base of universal wireless charging which they called AirPower. The accessory was promising, supposedly it would allow users to charge their iPhone, their Apple Watch and / or their AirPods. That is, it would be a wireless charging base capable of charging multiple devices at the same time.

But, be that as it may, the accessory was not finally released. During its presentation in September 2017, from Apple they assured that its commercialization would begin in early 2018. Unfortunately, it was not ready. Apple had problems developing and / or manufacturing the terminal and canceled its release in March 2019, after more than a year of waiting.

However, as it seems, the AirPower project might not have been completely abandoned. The device is still under development, as a recent leak indicates, and will be a vital component of Apple’s plans to develop a portless iPhone for a cable-free future.

Apple continues to work on the AirPower charging dock

At the end of March, we reported that Apple was allowing its employees to take their work home to further develop and individually refine their prototypes while in quarantine. At that time we were already anticipating that this could lead to many leaks, and it has been.

The YouTuber Jon prosser shared an image of a supposed AirPower prototype that an Apple engineer photographed while working while homebound due to the declaration of a state of alarm over the spread of the COVID-19 pandemic. In the image we see a prototype called “C68” of a wireless charging base:

While working from home, engineers on Apple’s ‘Sharing and Proximity’ team are receiving prototype units of something called “C68“.

They are being asked work on software communication between devices for a “future product” that has an A11 inside to “dynamically manage heat”. pic.twitter.com/q4UvnF4ksx

“While working from home, engineers from Apple’s ‘Proximity and Sharing’ team are receiving units of a prototype of something called the C68. They have been asked to work on inter-device communication software for a future product that has an A11 inside to dynamically manage heat. “

Jon Prosser also wanted to share some leaked details about the new wireless charging base from the bitten apple company:

Prototype material is a white leather, instead of the original silicone pic.twitter.com/BpHG3rbAY5

As indicated in its tweet, Apple believes that this charging dock is necessary to power an iPhone without ports. Its code name would be “Callisto”, the same secret code as the original AirPower and which would match the first letter of the prototype “C68” that Apple employees are receiving in their homes. On the other hand, it points out that it will have fewer transmitter coils but they will be bigger to solve the problem of overheating.

Finally, it indicates that the coating material of the prototype is leather instead of silicone, which the original AirPower prototype was made of.

The arrival of a future iPhone without ports

Although it may seem that manufacturers have reached the top when it comes to smartphone design, they are not. Not much less. Still have not finished perfecting the design of mobile phones. And there is still a lot to do: offer phones that are practically screen only on the front, eliminate the side buttons, integrate the front camera under the screen and remove the ports to give consumers a smartphone that does not need to use cables.

Apple has been working on this vision (a future without cables) for years, and they could be closer than we expect. First they removed the 3.5 mm jack from their iPhone, and later they worked on improving wireless software services such as AirDrop, AirPlay 2 or Share Audio.

But for a portless wireless iPhone to finally be unveiled, Apple first needs three things to happen. The first of them, the notch must disappear and the Face ID sensors must be incorporated under the screen. Second, AirDrop transfer speeds need to be improved to offer better performance and support larger data files. And finally, this future iPhone will need fast wireless charging.

Taking into account all the data collected so far with these latest leaks on the load base, everything seems to indicate that the problems that Apple faced during the development of the AirPower had to do with the overheating, not from the loaded devices, but from the base itself.

Recall that Apple has changed the material of these new AirPower prototypes and has given guidelines to its team of engineers to work from home to avoid overheating during communication between two devices.

This is how Jon Prosser himself spoke about the problem:

Using the A11, this new prototype has the ability to route power to specific coil regions and can dynamically wait for temperatures to drop before applying more power – preventing it from overheating.

The technology is kind of incredible.

In his words, the Apple Watch uses an improved charging method and, therefore, requires more energy to charge your battery. In other prototypes, if you placed the Apple Watch on the AirPower charging base next to other devices, the base would overheat and in some cases it would ignite.

Using the A11, the new AirPower prototype has the ability to redirect power to specific areas and dynamically manage temperatures before applying more power. Thus preventing the base from overheating. When will we finally see the charging base on the market? We don’t know, but knowing that Apple is still working on it is good news.