Apple’s weapon to protect its users from spyware 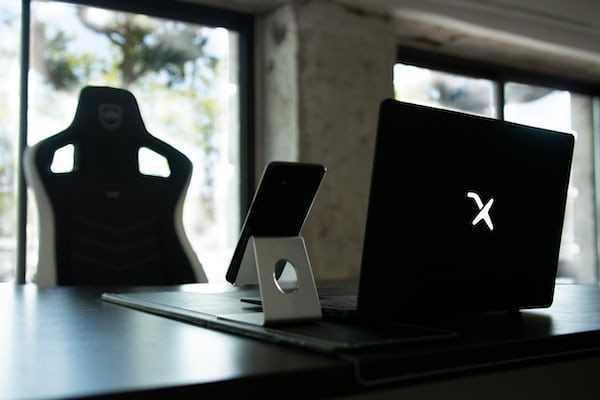 Apple’s weapon to protect its users from spyware

The American company has announced its Lockdown Mode, which limits certain features of its devices such as receiving attachments by SMS. It thus hopes to reduce the attack surface that can be exploited by this software.

Last month, at its developer conference, Apple unveiled several new features for its devices. They will be available this fall with the next versions of its operating systems (iOS 16, iPadOS 16 and macOS Ventura). Another function will also be offered in the company’s smartphones, tablets and computers, as announced on July 6. Called Lockdown Mode, its purpose is to protect users from spyware developed by private companies.

Concretely, this optional tool limits certain functionalities of the devices. Once activated, the user will no longer be able to receive attachments by messages – with the exception of images – and link previews will be disabled. It will also be impossible to receive a FaceTime call from a new correspondent. In other words, the latter will be blocked if there has never been a call or message from them before. “Complex” web browsing technologies will also be disabled.

Apple renders these features inoperable for good reason. Receiving attachments, calls and web browsing can indeed serve as an entry point for spyware, by exploiting security vulnerabilities. The Pegasus spyware from the Israeli company NSO Group can for example be installed following a click on a link sent by message, without the user knowing it. Intended to attack iOS and Android smartphones, it is able to access data such as messages, photos or files. It is also able to remotely activate the cameras and microphones of a smartphone.

Although Lockdown Mode will be available to all users, Apple believes that this feature will be most useful to the small number of users who are targeted by spyware in relation to what they do or who they are: defenders of human rights, journalists or even dissidents.

The Cupertino company plans to strengthen its Isolation mode and add new protections over time. It also relies on the community of security researchers to help it identify flaws in this functionality. With this in mind, Apple has created a new category within its bug hunting program, which rewards researchers finding vulnerabilities in its software. People who manage to discover workarounds to Lockdown Mode will receive bounties of up to $2 million.

The tech giant will also provide a $10 million grant to support organizations investigating, exposing and preventing highly targeted cyberattacks. It will be donated to the Dignity and Justice Fund of the Ford Foundation, an American philanthropic organization. The latter should announce its first financings in the field of the fight against spyware no later than the beginning of 2023. This contribution is in addition to the damages of the lawsuit brought by Apple against NSO Group, which the firm has promised to pay to entities engaged in research and defense in cyber surveillance. The company filed a complaint against the Israeli company last November in order, in particular, to prohibit it from using its software, services and devices.

By acting in this way, Apple wants to firmly counter the massive increase in threats developed by private companies that develop surveillance software, sometimes sponsored by states, such as Pegasus. The user can then activate this new locking mode himself if he suspects a cyberthreat.

Concretely, when this Lockdown mode will be activated, the defenses of the device will be much stronger and certain functionalities will be limited, so as to reduce as much as possible the attack attempts that could be carried out by spyware. Thereby, the device will for example block all attachments and images in messages and disable the preview. The same goes for shared albums in Photos. In addition to blocking message attachments, enabling Lockdown Mode will disallow link previews, invites, and Face Time calls from unknown senders.

The mode will also disable some default web browsing technologies, and it will also shut down wired connections to computers or other accessories. “When the iPhone is in lock mode, it won’t work as usual. Applications, websites and features will be strictly limited for security reasons, and some functions will be unavailable.

The feature is primarily aimed at protecting people in high-profile jobs, who are often prime targets for spyware, such as politicians or journalists. This new lock mode will not be enabled by default. For this, you will have to go to Settingsthen in Privacy and Securityand finally in Lock mode.

Apple launches “isolation” mode to protect its users from spyware

The smartphone manufacturer announced Wednesday evening the launch, in the next versions of its operating system, of an extreme protection tool. This will restrict certain functions of the phone to make it less vulnerable to spyware attacks, such as Pegasus.

“Lockdown mode”, or “isolation mode”: this is the name of this function that Apple will add to its iPhone, iPad and Mac operating systems in their future versions (respectively iOS16 , iPadOS16 and MacOS Ventura), currently in the testing phase, which will be available in the fall. A function intended to drastically restrict several functions of these devices to limit the risk of infection by spyware – and, if infected, to limit the data that can be read.

Concretely, once this “isolation mode” is activated, several functions for sending and receiving messages will be blocked, in particular the sending of attachments, with the exception of photos. Several tools used for Internet browsing will be disabled, as part of Javascript technologies or “configuration profiles” (sometimes used to access internal networks). Similarly, it will be impossible to receive a FaceTime call from someone who has not been called previously. Shared photo albums will be hidden, and any wired connection, between an iPhone and a Mac for example, will be impossible.

“Isolation Mode is a groundbreaking feature that reflects our unwavering commitment to protecting against the rarest, most sophisticated attacks,” said Apple Chief Security Officer Ivan Krstic. The company announces in its press release that this function that implements an “extreme and optional” level of security is intended for “very rare users“ : in particular, political representatives, journalists or whistleblowers whose work can be made difficult by this spyware.

Apple: Soon a feature to fight against spyware

Apple has announced the availability for owners of its brand’s devices of a “lockdown mode”, or “isolation mode” in French, from the fall of 2022. Concretely, this will be the possibility of ‘quickly activate reinforced security settings supposed to protect against spyware, explained the brand at the apple this Wednesday on its site.

The Cupertino company (United States) promises its users “an extreme level of security”. However, the brand wanted to point out that this type of functionality was rather intended for a particular audience, namely “the very few users who, because of who they are or what they do, can be personally targeted. by some of the most sophisticated digital threats.

And for good reason, certain features of Apple devices will become inactive when this configuration is activated, such as the possibility of receiving attachments by SMS or making a FaceTime video call with a new correspondent, details Le Monde. The preview of links by text message as well as certain advanced web browsing features will also be impacted. With the reduction of certain functionalities, Apple wishes to reduce the possible entry points for spyware.