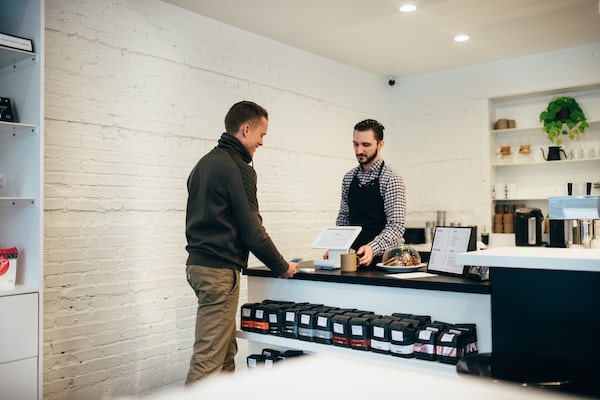 The Curse of the Pharaohs does not go with little girls: as soon as you set foot in Thebes, the great urban nucleus that serves as the basis of the narrative, this second downloadable content lets you see its letters clearly. A smart-looking boy assaults us offering us a guide, an escort or a new shield, and before we can react, a fine layer of dust begins to swirl at the back, in the square. Its supernatural origin is more than evident, but the locals do not seem to catch them again: “the curse”, they shout, abandoning carts and stalls to their fate in a rowdy attempt to save their lives while the sinister figure rises from the dead . It is a vision from another world, a blasphemy of sand and death that murders at random, seeding the market with bodies with his two ceremonial daggers. Despite the rotten appearance of his half-embalmed meat, he is also surprisingly agile, but Bayek is more so. We win. The creature returns to the abyss, but the lesson remains: forget the history, the political conspiracies and the guided tours. This story begins in Thebes, but continues in the afterlife.

This is not bad news at all. It is true that the reconstruction of its culture and the aroma of historical fidelity were one of the strengths of the base game, but Egypt is more than pyramids and pharaohs. Egypt is a set of myths, and above all a civilization obsessed with death and the transition to the afterlife. The Curse of the Pharaohs exploits all of this from the start, and strikes early to make its new rules clear. For example, that the kings of old do not rest in peace, and that they can rise at any moment. In fact they do it with some frequency, reproducing the previous confrontation in random points of the map and warning the player with a brief notification that says “the shadow of the pharaoh has risen”. If the prospect of a few dead villagers is not sufficient motivation, the experience shot should convince us to intervene, but the real priority is to find out why. The clues are also early: there is a reason why these people insisted on moving to the other neighborhood with a lot of trinkets, and stealing them without permission often has terrible consequences.

Thus begins the narrative and a handful of main missions tied to a great global arc that, during the three long hours that made up the test session, led us to investigate markets, to intercede in dice games that end with drawn swords, to Sneaking fraudulently into even more fraudulent auctions and searching a lot of corpses. Keeping track of the stolen relics is, as it often is in Assassin’s Creed, an almost trivial affair, a concatenation of waypoints and cinematics that nonetheless maintains the narrative tone throughout, spreading murals and scrolls here and there and making sure the player is steeped in certain knowledge. A story of thieves and thieves that at the same time speaks of Nefertiti and Akhenaten, and a succession of commissions varied enough to keep things interesting, at least during those initial sections in which the familiarity of the environment is not able to impact by Yes, alone. Sometimes it does, and for the memory there is a really well planned infiltration section through the successive terraces of a temple carved into the side of a mountain, but there are also skirmishes on small islands of the Nile, light puzzles and clashes with crocodiles. . Everything works, but the feeling of déjà vu does not take long to appear. Nor in vanishing, like that mummy in the square.

If, like a server, you spent the first couple of afternoons in the company of Origins reproducing over and over again that scene in which Máximo Décimo Meridio let his hand dance on that immense wheat field, believe me, this is your lucky day. In addition to a wonderful tribute, the aforementioned animation was at the time a class gesture, a detail to the Naughty Dog that instantly fell in love with and that, returning to play the wink, Ubi recycles and empowers now turning his beyond into a sea of ​​spikes that seems to have no end. This is at least the kingdom that hides the first of their tombs, a place away from time and the traditional map in which ships cross the surface of crops and pissed-off hippos give way to giant scorpions and other nightmarish beings. It is a dreamlike place halfway between real Egypt and dreams, and the setting for another handful of commissions that end high, with a confrontation that would be more than revealing. In the artistic sphere, it is a success: breaking with reality allows the team to let go of their hair and rely on a technology that was already superb to leave a few very impressive postcards, but not everything is from another world in this dreamed Egypt: there are vivid portraits from Anubis who come after you armed with halberds, but also a good handful of worldly objectives, the kind that involve setting an exact number of amphorae on fire while dealing with snakes. A certain secondary mission, for example, told us about rites and lost loves to end up specifying everything in the search for several sacks of bread, and although these tics of the most formulaic sandbox continue to bother fortunately there is enough real content to avoid wasting time with offal. After all, this world outside the world was only one of those that hide the burial chambers of the Valley of the Kings.

The official information speaks of a duration close to fifteen hours, and in view of these first bars I would not dare to doubt it. In terms of the plot, this test session only scratches the surface, it is obvious that there are a lot of things to do, and although not all maintain the same level, completism does not seem like a bad idea: in addition to a handful of new skills (some related to our stay in the afterlife) the DLC also raises the level cap to a succulent 55, and in the Thebes of the Pharaohs the dumbest makes clocks. And when I talk about the dumbest, I do it about gang members and low-ranking guards who easily exceed level 45, so standing at the doors of the DLC without having given a good account of the base game, although possible, is another good way to end up visiting fast beyond. For those who prefer to do it with guarantees of survival and enjoying the views, a date: March 13. More than plenty of time to re-exercise that muscle memory and regain familiarity with the controls, because there is little new in the playable: the combat continues to successfully walk that line between the action and the antics, the animations remain stellar, the Graphics are still breathtaking and playing with Spanish dubbing is still a bad idea. The basis is the same, and this DLC, paranormal ravings aside, is still an encore, a band taking to the stage for the second time when the applause dies down. More of the same, and if we have something to thank Origins is that this is once again excellent news. Perhaps that is why, out of all the possible stories, Ubi has chosen to tell us one about ancient kings rising from the dead.