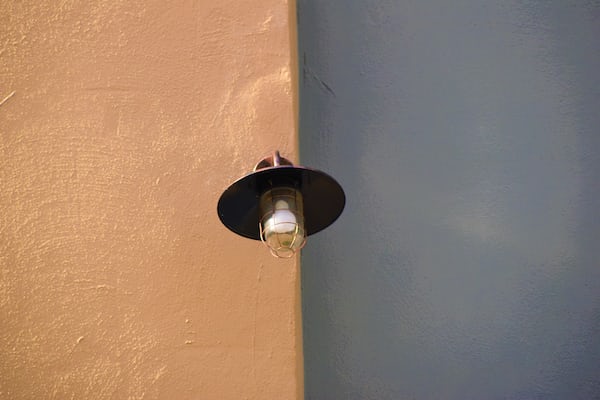 More “different” than “new”, Assassin’s Creed: Origins takes its first steps towards a different and much more challenging genre.

I do not know to what extent it will be premeditated -possibly a lot, although both critics and the public like to believe ourselves smarter than people who dedicate themselves to this-, but the name Assassin’s Creed: Origins has ended up being more descriptive than perhaps it would fit wait. The initial promise, an explanation about the origin of the Brotherhood of Assassins, has been clearly overshadowed by a very different conceptual idea of ​​the game from what we were used to in the saga. A year without Assassin’s Creed sounded strange, like seeing a man who is not Ramón García at the top of Puerta del Sol on New Year’s Eve, but also understandable given the lack of freshness that a limping franchise dragged when it came to attracting new audiences and convince him to come back twelve months later. It was obviously necessary to give it a good facelift, but Ubisoft Montreal has not settled for that alone and has decided to opt for a different path, perhaps not as definitive as we would like but indicative of where they are going from now on. your steps.

Forget for the moment the gigantic cities of modern times or the classic development of missions because from now on we are the official messenger of Egypt, an enormously vast area that encompasses different cities and environments, from the desert areas of the pyramids of Giza to the swampy lagoons of Memphis – not to mention a few more surprises that I prefer not to reveal. The importance of this new configuration of the space is capital, because it conditions the rest of the game: it is no longer a matter of touring the different emblematic points of the current metropolis, but rather that our path takes us to different spaces very far from each other and threads to through a main story that flutters immutable over the various wrongs in which we find ourselves involved. The argumentative justification for becoming this kind of handyman from the classical era is that we are a medjay, a word that in the New Kingdom was associated with warriors and explorers who guarded the areas protected by the pharaohs and that here serves so much to explain why we pay attention to everything that comes close to us in order to contextualize the multiple skills that we display.

It is a story that works when it comes to fitting together the different pieces that make up the mechanical core of the game, but when it comes down to it, we still find ourselves here with the weakest part of the whole. What is assumed as a story of revenge and redemption for our protagonist inevitably ends up mixed with past elements of the saga, and this mixture ends up becoming a hodgepodge in which the intentions of anything or anyone are never sufficiently clear, something moderately serious if It wasn’t because we quickly stop caring. It is curious that we are facing a clean slate in the playable and that here they have decided to keep so much of the original essence, especially because the further away from it, the more it shines. The fact of locating chronologically in such a turbulent and interesting period (the decline of the Hellenistic period in Egypt and the rise of Imperial Rome) gives rise to approaching real events, and it is in this convergence that the viewer finds the most satisfactory moments in what refers to narration, the rest being a missed opportunity to deal with interesting topics such as overcoming pain, affective relationships or the dichotomy between duty and personal; which touch slightly and end up diluted in absurd dialogues and hasty decisions.

The continuity of elements is a constant in all its sections, not only in the story, and when it comes to mechanics it is necessary to even talk about other Ubisoft games. Assassin’s Creed: Origins reinvents itself by borrowing from other franchises, and that is why many of the “novelties” will sound certain to the regulars of the company. The missions, for example, largely follow the ubiquitous camp structure in recent installments of both Ghost Recon and Far Cry; from the latter it also takes the presence of wild animals and their usefulness as material to improve our equipment. It is hard to be surprised playing this installment, something positive in terms of the familiarity that quickly envelops us at the controls – classics such as the watchtowers, the hidden leaf or the shameful dubbing in Spanish of historical figures continue here – but also negative at times due to its character conservative, especially when we have done more than three dozen missions and we begin to observe a certain repetition. Perhaps this is more the fault of the genre than of the work itself: I understand that it is difficult to innovate when you intend to offer 30-odd hours of main campaign and many more of secondary content, but the use and abuse of the same schemes ends up turning Ancient Egypt into the place and time in history with the most kidnappings per capita, and Bayek in a Just Eat crippled.

To make this repetition of schemes more bearable, we have a new combat system, infinitely more interesting for possibilities than in past iterations. The importance of the level system and the attributes of the different weapons that we find or buy ends up being capital, since a good command of the second is the only thing that allows us to slightly break the rigidity of the first. Facing enemies that exceed our profile by several numbers is an almost immediate death, and the difference between short-range and long-range weapons is almost as important as getting hold of those that claim to be “legendary” and guarantee us a few roll bonuses. recover health or elemental damage. The “rhythmic combat” to which we were accustomed thus gives way to a mixture of experience -in its most literal meaning- and skill, allowing us to simultaneously dispatch a more or less reduced number of enemies with blows and dodges and forcing us to protect ourselves with it. shield and learn its pattern for the largest and most dangerous. You can see the care taken by the study when it comes to posing a much more varied challenge, but in the end it costs not to maintain the weapons that work best for us (there is the possibility of adapting the level of each weapon to the level of our character, upon payment to merchants, so as not to have to abandon it once we advance in the main story) and opt first of all for stealth, which with much more open scenarios and linked to the development of the skill tree to add new actions to our arsenal such as poisoning corpses or numbing enemies works especially well when plotting our infiltration strategies.

Visually, the game hardly needs explanation: Assassin’s Creed has always been able to boast of muscle, and this is yet another one of those cases. Technically we are facing a true marvel, with an exceptional setting and characterization work that on this occasion, in addition to beauty, shows an enviable solidity. If anyone doubted the usefulness of that extra period that its managers have taken, let this serve as irrefutable proof: faced with one of the largest games that the industry has given in recent years, the engine presents unusual stability. ; and only a few numbered bugs as harmless as they were understandable made an appearance in the more than 40 hours dedicated to it. All that lack of surprise that I attributed to it before is more or less alleviated by an astonishing technical section, capable of supporting an amount of content that can only be classified as “insane”.

That extraordinary scale represents both the good and the bad of Origins. It is difficult, practically impossible, to get bored with it, not to find an activity in which to waste time or a mission that does not have its own interest, but investing a lot of time ends up generating doubts about how much it is artificially lengthened or how much it would gain from being more restrained. His is a map clearly designed for completists, with many secrets that wink even at other installments in the saga; and in the end it is fairly easy to circumvent the huge empty spaces with our horse / camel (animal) or by teleporting ourselves to the different watchtowers, but for each large city we find another much less interesting town, for each mission with a rich and varied background as many inconsequential. .. And with a difficulty so measured in detail, that it forces to “lose” some time to advance in the plot, it is inevitable to sink the confusing initial rhythm with a slightly tedious part in the middle; Although, luckily, it gives way to a much more agile and dynamic final stretch and a peaceful calm once we get rid of the weight of the main story and can spend hours walking through labyrinthine pyramids, participating in chariot races or solving puzzles.

Whoever thought that this initial sabbatical was going to serve to polish past mistakes and offer more of the same but better can go back to their seat and wait. Assassin’s Creed: Origins is a break not necessarily with what has already been conceived, but with the direction that the franchise has taken so far, heading to pastures only successfully traveled by a certain Polish studio. An amalgam of well-tested ideas coupled with a spectacular technical section make it one of the most interesting and stimulating installments of recent years, and only a few missed opportunities, a few cheaper than wrong decisions in terms of history and rhythm. prevent being the ultimate Assassin’s Creed. We will have to “settle”, among many quotes, with a very good (new) beginning.