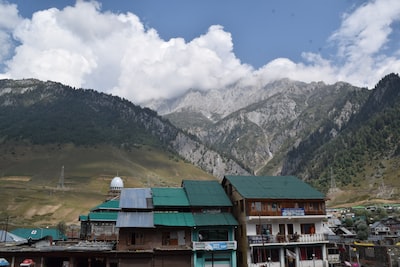 Register now for the Closed Beta that begins on September 5, and discover the Ghost War mode and much more!

On the Inside Xbox live at Gamescom 2019, Ubisoft has unveiled Ghost War, the PvP mode of Tom Clancy’s Ghost Recon Breakpoint, the latest installment in the franchise. Ghost War will be available to all players on launch day, October 4, and will receive frequent content updates thereafter. Players who want to try Tom Clancy’s Ghost Recon Breakpoint, including this mode, can sign up for the Beta that will take place between September 5 and September 8. The beta will be available on PlayStation®4, on the Xbox One family of devices (including Xbox One X), and on Windows PC. Players who pre-order any edition of the game will be able to access the Beta.

Ghost War is an intense 4v4 experience that is based on the tactical team play of the Ghost Recon series, where strategy and teamwork are as important as skill. At launch, players will be able to choose from four classes: Assault, Panther, Sniper, and Medic; Each one of them fulfills a fundamental role on the battlefield, as players face their enemies in the open environments of six unique maps. The experience will be even more interesting thanks to new features adapted from the Tom Clancy’s Ghost Recon Breakpoint campaign, such as the cover mechanics, the impact of the terrain or the wound system.

There will be two modes available at launch:

Elimination features a team deathmatch, in which players have to hunt down and eliminate their enemies. New mechanics, featuring a shrinking combat zone, will force players to jump into the heat of battle!

Sabotage is an asymmetric bomb mode, where the attackers have to plant and detonate a bomb in one of the indicated locations, while the defenders try to avoid it.

For the first time, Ghost War has been fully integrated into the Tom Clancy’s Ghost Recon Breakpoint experience. With the new shared progress system, players will advance through PvE and PvP modes with the same character, keeping their classes, abilities, customization items and weapons in both modes. Specific adjustments will be made to the PvP game to ensure a fair and skill-based experience for all players.

Ghost War benefits from the learnings that the development team has acquired in the last two years of PvP support for Tom Clancy’s Ghost Recon Wildlands. The team has introduced several improvements based on player feedback, such as improved detection mechanics, or the removal of team class restrictions. In addition, in Tom Clancy’s Ghost Recon Breakpoint, the Ghost War mode will have dedicated servers, which will reduce the loading screens and improve matchmaking.

Additionally, Ghost War will receive massive post-launch support. In addition to regular balance updates and upgrades, the development team will create new maps, new classes, new weapons, and even new modes and events, which will be added over time to enrich and refresh the experience.

Tom Clancy’s Ghost Recon Breakpoint will be available on October 4 on PlayStation 4, on the Xbox One family of devices (including Xbox One X), on Windows PC, and on Uplay +, Ubisoft’s subscription service. To learn more about Uplay +, visit uplayplus.com. Tom Clancy’s Ghost Recon Breakpoint will also launch on Stadia, the next-gen video game platform. Fans who purchase the Gold, Ultimate or Collector’s editions will have access to the game up to three days in advance. For more information on the different editions of the game, visit: store.ubi.com.