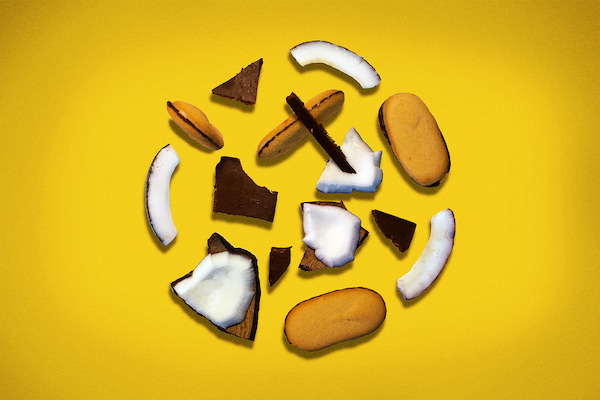 During the Xbox Games Showcase, Bethesda won unanimous support with the presentation of Starfield, its next sci-fi RPG with an impressive space setting. The Skyrim teams are carefully preparing an ambitious game with massive content. In addition to the 1000 procedurally generated planets in the style of No Man‘s Sky, the game will have its share of closely developed areas with cities that are more alive than ever, such as New Atlantis which will be the largest city ever created by the developers at Bethesda.

However, while Starfield is long overdue after its postponement to next year (for a good cause), there are other cult franchises from the studio that gamers are eagerly awaiting the return of. The Elder Scrolls and Fallout will indeed be back on our favorite platforms, but Skyrim’s dad confirms that it’s not for now.

In 2021, studio Bethesda hinted that the first ideas for a Fallout sequel were already on the table, but nothing was final or official. However, during an interview with our colleagues from IGN, Todd Howard revealed thata new Fallout title is actually in the works and that these are no longer just ideas put forward by the teams.

Despite everything, it will be necessary to be patient before finding the post-apocalyptic RPG that everyone adores since this new episode will not arrive until after The Elder Scrolls 6 whose production is still in its infancy. Although the latest addition to the Elder Scrolls saga was teased in 2018, Todd Howard confirmed that it was only in preproduction, thus suggesting a long waiting period before seeing the colors.

Bethesda’s next big title will therefore arrive next year, before leaving fans of the studio in an uncertain period while the teams work on the new major projects. Even so, it is reassuring to know that these licenses have not been forgotten and that the development of the next episodes is progressing slowly but surely.

The Elder Scrolls 6, Fallout 5… New clues on their release dates

Squid Game is coming for real, and could make you a millionaire!

You couldn’t miss Squid Game last year. Netflix‘s South Korean show came out of nowhere and broke all records. The pitch is quite simple: people on the verge of financial bankruptcy decide to participate in a series of games to try to win a good big jackpot. The problem is that it is simply a Battle Royale organized by the richest people on the planet. If you are unfortunate enough to be eliminated, you will die. The series is above all a critique of capitalist society. In short, given the success of its new series, Netflix will launch Squid Game: The Challenge, a reality show with a reward of 4.56 million dollars. The platform will set up castings open to all on a dedicated site. The only condition is to speak English and to be of legal age. Well, we reassure you right away, Netflix promises that all the candidates will leave the competition unscathed. The show will be shot and produced in the UK, but we don’t have a release date yet. Finally, know that the SVOD platform formalized a second season a few days ago.

Bethesda makes a big Starfield point and tells us about TES6 and Fallout 5!

Following the presentation of Starfield at the Summer Game Fest, Todd Howard, executive producer at Bethesda, conducted an interview for IGN media. The man took the opportunity to return to the return of Fallout and The Elder Scrolls, with the official announcement of Fallout 5. The problem is that we may wait a long time. Fallout 5 will come after The Elder Scrolls 6, which is still in pre-production. Bethesda’s schedule is therefore very busy: Starfield will arrive in 2023, then the studio will focus on The Elder Scrolls 6 and finally on Fallout 5. Knowing that work on Starfield began at the end of 2015, we let you imagine the date on which it will be released. this next Fallout. But this interview was above all an opportunity to return to Starfield, the next bomb from Bethesda. IGN questioned Todd Howard on the lifespan of the game and according to him, we can expect a campaign of around 30 to 40 hours of play. Remember that the title is ambitious, with more than 1000 planets to explore dispatched in a hundred different systems. 4 main cities will be involved, and the most important is named New Atlantis, which Todd Howard describes as the headquarters of the Constellation, the last group of space explorers to which the player belongs.

Fallout 5 is on the agenda, but it will come after The Elder Scrolls VI

Bethesda Game Studios has a busy schedule with Starfield, The Elder Scrolls VI, and Fallout 5 all in the works. However, AAA titles like these take time to perform well, so don’t expect to add the trio of games to your collection anytime soon.

In a recent interview with IGN, Todd Howard confirmed that the studio’s next game will be The Elder Scrolls VI. This tidbit isn’t exactly breaking news given that Bethesda first teased the game at E3 2018, but he added that the project is already in pre-production and will come after Starfield.

Speaking of which, Starfield was recently released with Redfall in the first half of 2023 to give developers more time to polish the games.

Howard said Bethesda would make Fallout 5 after The Elder Scrolls VI. This is great news for franchise fans, but there’s no reason to get too excited today.

The exec confirmed to IGN that work on Starfield began in late 2015. Assuming it ships in the first half of next year as planned, total development time will be somewhere in the ballpark. seven years old. Skyrim, which launched in 2011, took about five years to go from planning to finished product. Assuming similar development timelines, it could be over a decade before Fallout 5 begins to materialize.

“They’re taking a while, I wish they would come out faster, really, we’re trying as hard as we can, but we want them to be as good as possible for everyone,” Howard said.

We got our first look at Starfield gameplay footage earlier this week, and it’s looking good. “Skyrim in space” is set to be an Xbox/PC exclusive and could be the first real test of whether Microsoft‘s $7.5 billion purchase of Bethesda was worth it.

Fallout 5: light finally appears at the end of the tunnel?

How to play the composition

Your goal is to quickly get Sett 3* so that he can winstreak you and charge towards level 9. Save as much gold as possible in the first rounds, often by accepting to be weak and chain defeats .

Once your carry is ready to win streak, save to level up very quickly, up to level 8 or even 9 if you can. Find Shyvana and build the strongest possible board, in 6 or ideally 9 Furiails. Ideally, Xayah can serve as a secondary carry.