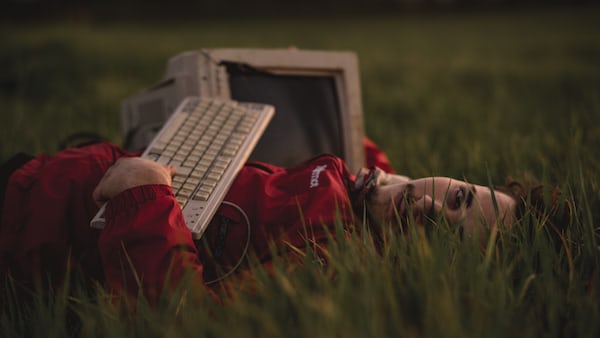 If you’re not very comfortable with the term VPN, don’t worry, there’s nothing complicated about it. A VPN (Virtual Private Network) is an application that adapts to your various connected devices and whose primary function is to ensure your security on the Internet.

A VPN will thus protect your personal data and preserve your privacy, while also giving you access to unique advantages. Among the best known are access to geo-blocked or censored sites or the purchase of cheaper services.

The exclusive benefits of the CyberGhost app

If a large number of Internet users choose CyberGhost VPN, it is because it offers you exclusive advantages on the Internet. First of all, know that CyberGhost VPN has developed a very easy to use application, which adapts to all your devices: computer, tablet, smartphone, but also console, smart TV and router. With a single account, you can use it on 7 devices at the same time, and therefore equip your whole family.

With CyberGhost, you will have access to over 8,000 servers worldwide. These cover 91 countries in total, so you will be able to access geo-restricted content from all these locations. CyberGhost will thanks to this allow you to unblock the Netflix catalogs of other countries, but also to watch French television from abroad. Whether you’re traveling or at home, CyberGhost will make your everyday browsing easier.

This VPN also offers very good connection speeds, which is particularly appreciable in the field of streaming, but also downloading torrents or gaming. The VPN also has servers optimized for these uses in order to satisfy all its users.

Interested? So know that currently, CyberGhost is doing you a favor by lowering its prices by 84%. The provider is even more generous and offers an additional 4 months of subscription for free. The subscription for 40 months will only be charged to you €77.61, which is equivalent to €1.94 per month over the period.

In addition, be aware that if you are interested in saving money, modifying your virtual location as CyberGhost allows you is very advantageous. Indeed, all services do not display the same prices in all countries, so you will be able to benefit from lower prices. For example, YouTube Premium can be up to 90% cheaper if you locate in certain countries like Argentina.

The benchmark VPN for cybersecurity

These advantages of CyberGhost VPN are very appreciable, but if you are looking for a VPN, it is surely above all to ensure your security on the Internet. So rest assured, because CyberGhost is also a benchmark in this area. How does he proceed? Very simply, CyberGhost performs two actions:

The encryption of your browsing data is done with a powerful algorithm (called AES-256, the best that exists in the field of cybersecurity) will scramble all of your traffic, thus preventing any malicious person from accessing it. Your personal information such as your bank details or the sites visited are therefore protected.

As for hiding your IP address, this maximizes your privacy and keeps your real location hidden. You will thus be able to browse anonymously, which is far more secure than private browsing. This is valid on all networks, whether on your home network, at home, or on public Wi-Fi, outside, which are known to be very insecure.

As a reminder, CyberGhost offers its services for only €1.94 per month, for a limited time. And even at that price, you’ll have access to all of the VPN’s other security options, like the Kill Switch, which suspends your traffic in the event of an accidental VPN disconnection.

Thanks to this, your data cannot therefore be exposed, even temporarily. Finally, be aware that CyberGhost is a No-Log VPN, and as such, it does not store any data relating to your online activity. Your confidentiality is therefore ensured in the best possible way.

NordVPN Sale: this offer on this VPN is simply amazing!

This license at NordVPN is really more affordable for the summer sales!

It’s just over ten years now, after a fittingly celebrated anniversary, that NordVPN shines on the VPN market, with nearly 14 million users conquered all over the world! So why not you ? Take advantage of a great offer for the summer sales at -74%, with a 2-year license at only €2.77/month excluding tax and 1 month free!

In short, a great deal that allows you to save on the price usually charged by NordVPN. This subscription costs you €69.36 for these two years, to which you must add 20% VAT. Thereafter, you can keep your license at the standard price at NordVPN.

NordVPN is simply the ace of aces in streaming

NordVPN is really loaded with state-of-the-art features to allow you to gain cyber privacy very quickly! A proof ? Open your application, click on the Quick Connect button, and you are connected to the service with an IP address and a substitute geolocation! Really, it couldn’t be simpler, but of course, you can easily narrow down your choice thanks to NordVPN’s 5500 servers in 60 countries.

In addition, this offer is as useful for those who love tech and have many devices connected at home, as it is for families! Computers (Linux, macOS, Windows), smartphones (Android, iOS), tablets, Smart TVs (Android TV, Apple, Fire TV, etc.), NAS, routers, game consoles (PS4, PS5, Switch, Xbox) and other internet boxes, stock up on cybersecurity, even on your Chrome and Firefox web browsers thanks to a dedicated extension!

NordVPN also excels at unblocking your favorite catalogs for ideal streaming sessions, including Prime, Netflix and other Disney+. With unlimited bandwidth and speeds up to 6.7 Gb/s, no risk of latency in sight. And in terms of cybersecurity, two in-house innovations are included, with the NordLynx security protocol based on WireGuard, for speeds and top security. NordVPN also includes its latest anti-threat feature for viruses eliminated in your downloaded files, as well as an alert for today’s most dangerous websites. 256-bit AES encryption, Kill Switch and no-logging policy are also there.

CYBERGHOST, A COMPLETE AND SERIOUS VPN 👇

In France and around the world, Le VPN Cyberghost is one of the oldest available on the market. As such, it has an experience that has won over many users for its functions, performance and attractive price. Cyberghost has a security and encryption protocol allowing you to secure your internet connection by hiding or replacing your IP address with another location. This way you are completely invisible in your web browsing, but you can also take advantage of it to access the catalogs of VOD services abroad by bypassing geoblocks.

Currently, Cyberghost is the remote VPN service with the largest number of servers in the world, they are about 7,900 spread over 91 countries. The performance is among the best on the market with optimal transfer rates depending on your use, whether it is simply for your security, for streaming, online gaming or torrenting. The other most common use, and Cyberghost knows this well, is to route your connection through an American server to take advantage of the US servers of platforms like Netflix, Amazon Prime or OCS.

AN APPLICATION THAT HAS NOTHING TO PROVE

All this with a very easy to use interface on your computer or mobile. It is even possible to access the VPN from your Android TV or your Amazon Fire TV. You can also configure Cyberghost directly on your router and make it available to all your connected devices at once.

Find out why ExpressVPN is the world’s leading VPN

If ExpressVPN is appreciated by Internet users around the world, it is for its levels of security and its unparalleled performance, but not only.

Until a few years ago, VPNs were almost unknown tools to the general public. Today, they are an integral part of the lives of many Internet users, in particular thanks to their great ease of use.

Thus, you will be able to ensure your security on the net simply, but also take advantage of the unique advantages of VPNs, such as anonymous browsing or the circumvention of geo-restrictions and digital censorship.

How does ExpressVPN protect you better than another?

It’s a fact: security is the primary goal of VPNs. But you should know that not everyone does it equally well. Indeed, some poor quality VPNs or free VPNs are clearly not effective in protecting you on the net, or even expose you to more risks, in particular by selling your information. With ExpressVPN, this will not be the case.

This VPN is the best when it comes to online security, and you’ll soon see why. As soon as you activate ExpressVPN, it encrypts your browsing data based on the robust AES-256 algorithm. This way, your online activities and personal information cannot be read by anyone. It also hides your source IP address to protect your identity and location.