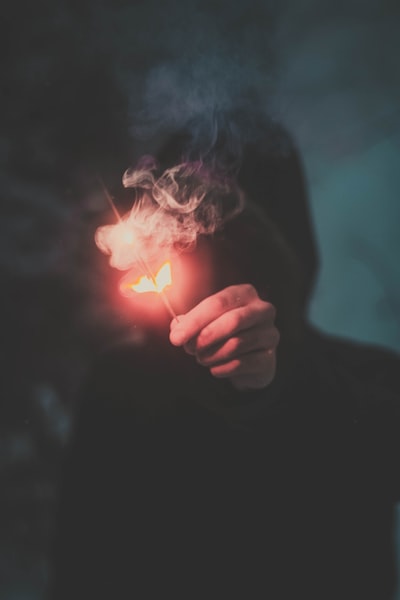 While the Shadowlands are currently waiting for Patch 9.1, many players are turning back to WoW Classic in the meantime. In preparation for the Burning Crusade expansion (starting June 2nd), the prepatch was played on the servers. Burning Crusade, or BC for short, is still considered by many to be the best expansion of all time (time erases all bad memories) and since I’m old enough to have seen the real release 14 years ago, I’ve got my brains a bit strained to check which glorious moments from that time I remember particularly well.

At BC, the first thing I think back to is the anticipation of the starting gun, as I haven’t seen anything like it before. WoW was at its peak and represented almost everywhere: on TV, on the Internet, with friends, advertising and so on. The announcement and release of the first expansion was correspondingly large. Similar to the hype about Star Wars of its time or the Harry Potter books.

For me, after three years of clapping around vanilla bosses and the same well-known zones, something new was more than welcome and so in the circle of friends and in the guild you had sucked in all the information like a sponge weeks before, and stood in the queue in front of the Media Markt for four hours posed to get his box and signed out for January 16, 2007 (and days after). On the day of the release, the whole of Eredar (one of the largest servers at the time) had already gathered in front of the Dark Portal hours before the starting shot to cheer for midnight with acquaintances, friends and guild colleagues in Teamspeak and set off into the Outland.

The last seconds were like New Year’s Eve: The team peak counted down, the starting shot was doused with energy drinks, the horde ran to the portal and … Disconnect! The servers weren’t up to the onslaught in any way and like the first round in Takeshi’s Castle, half of the players were screened out on the loading screen. Some guild members spent two hours cursing logging in and transit, I was lucky and spilled onto the BC servers with the second big wave. Here even the hopelessly over-farmed start zone (Hellfire Peninsula) could no longer curb the euphoria – and at that time there was still the mob flag mechanism, so you spent tedious hours snapping the mobs of the main quest line from each other’s noses (Moonfire ftw) .

There was a crowd in front of the dark portal that is otherwise only known from Apple stores in the USA.

New possibilities until you drop

In Vanilla I spent years farming all kinds of things (quests, gold, reputation, twinks, “pet heal equipment” for the hunter), but at some point you were through with everything. With BC you were suddenly faced with unimagined possibilities again. You were slain with hundreds of new quests almost on every corner, with well over a dozen new factions reputation wanted to be farmed and countless collectibles and mounts looted. There were also new rare enemies, bosses, dungeons, raids, resources, professions and so on. There was so much to do that it almost turned into work.

One experience that burned into my brain in particular was the farming of flowers and ore on the Hellfire Peninsula in the first few days: Always for hours in a large circle around the citadel, regularly being surprised by the gigantic devil reaver, either directly stamped in the ground or followed half the map until you finally got too close to the Honor Hold, which called the stupid Alli guards on the scene, who continued to play the game. Later, when they finally had the money to fly, they usually went to the Throne of the Elements in Nagrand to scare away the Allis and farm essences with the elementals for hours … In 2007 I had a lot of boring night shifts, But: lousy WiFi hot-spot reception in the farthest corner of a 3m², unventilated storage room – perfect for filling your pockets with essences while you are on standby.

Free as a bird (in the truest sense)

Another world-shattering experience in WoW was flying. After having crawled on the ground like a beetle for more than two years, the view from above was a real revelation – this must have felt like the moon landing in 1969. Suddenly you had a whole new perspective on the world and could bridge kilometers of detours for quests and NPCs in a few seconds. Not to mention how quickly the flower picking and ore tapping suddenly went.

Even more important: you could – if you noticed it in time – forgive yourself when the evil Allis once again banded together to a pillaging mob and staged a hunt for lonely, innocent, flower-picking horders. As a druid, flying was twice as special, because with BC the form of flight was introduced, which thanks to immediate transformation and interaction possibilities in the shape of a bird (picking flowers, collecting quest items, speaking to NPCs) is still the pinnacle of locomotion in WoW today.

Flying in WoW Bruning Crusade granted completely new freedoms … as if you had got the key to the first car.

The spice gold must flow

A constant problem in Vanilla was the perpetual shortage of gold. There were few pieces of copper and silver to be earned, while the cost of repairs, new spells, equipment, and countless deaths immediately wiped out every bit of savings. It was only with a successful raid and good equipment that farming became a little easier to amass some gold.

With BC, the eternal scarcity of money has changed for the opposite. Yes, you initially needed 6,200 gold for flying and a few thousand more for new spells and items – it was best to have already collected this as preparation in Vanilla – but there was far more money in your pocket than you would for the most essential things issued.

This was not only because quests and NPCs dropped more gold, but also because of the demand for new resources and the many rare and epic world drops that could be traded dearly. In addition, completely new branches of industry opened up with the new profession of jewel cutter: Today you can get gems for a few gold in the AH and “Juwe” as a profession is hardly worth anything, but in BC times you were king with it.

As a PvP server from the very beginning there was always something on offer on Eredar, even if with the Alliance / Horde ratio of 70:30 at the time, it was only a matter of time before the nasty Allis overran you. Away from the battlefields, Open PvP in the form of “Tarrens Mill vs. Southshore” was the main battle, but with BC many new battle zones have emerged in the game world: The fortresses on the Hellfire Peninsula, the Throne of the Elements in Nagrand ( where essences were farmed) as well as Halaa and around the Horde and Alli base, the mana forge Duro in front of the fortress of storms, the towers in the bone desert and so on.

Thanks to the addition of the blood elves to the Horde, Eredar also had an experience that was seldom enjoyed: winning. Suddenly the relationship had changed so drastically that an alli raid was not lurking around every corner and you started with a full crew and not five men less in battlefields like the “eye of the storm”.

With patch 2.2, druids got a special treat, because in the course of the epic flight form quest series they were the only class to get their hands on the “essence-filled moonstone” and were thus able to play the raven god Anzu in the Sethekk halls on a heroic level of difficulty conjure up. It had a minimal chance of dropping as a mount, which aroused covetousness among many players. Thus, as a druid, you were in great demand and at the same time cursed to farm the Sethekk halls until you drop (heroic dungeons could only be cleared once a day).

Since I really wanted to have the birdie myself, I asked my (un) voluntary dungeon group to do daily farming. At first the enthusiasm was still relatively high, but after two unsuccessful months it turned into a lot of whining – nothing helped them, they had to go through. 64 Trys finally took it until I proudly circled at walking pace, triumphant and spoiled by envious glances, on the terrace of light in Shattrath … and hundreds more until the rest of the troop (s) had a bird.

One of the few pictures after the Anzu drop that did not fall victim to a hard drive crash.

Not that Vanilla didn’t embroider a great story about MC, BWL, AQ and Naxx, but the story of BC was once again from a completely different world – in the truest sense, because while you hacked down the bad guys on and from Azeroth, you heard of the many otherworldly threats at best only from NPCs or got a few vague hints in gray books. You knew these dangers existed, but they weren’t present anywhere in the game.

With access to Outland, one could finally face one of these worlds and their dangers directly. No matter if Karazhan, Cave of the Snake Shrine, Fortress of Storms, the Black Temple or Sunwell Plateau, they are still among the best raids today – especially Kara and BT – because both the story around them was well told and the raid instance was great and challengingly designed. In addition, as a player you had a lot of time and the necessary patience to explore every corner and every aspect … Updates weren’t that regular.

Those were a few of the moments that stuck in my mind. Maybe you can add a few more so that I don’t have to feel so old on my own. Since the start of WoW Burning Crusade is not far away either, I am curious to see what will come up again from the moments I experienced and which new experiences will come.