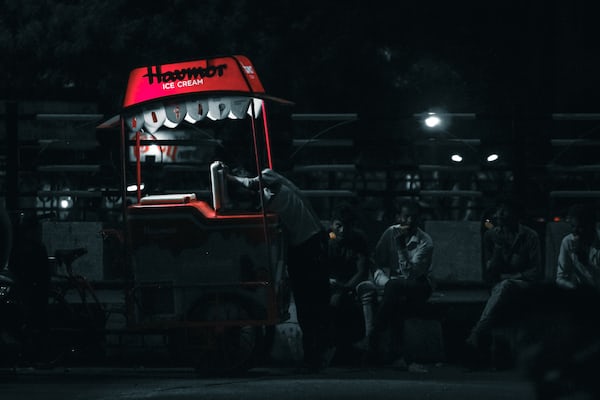 Halloween is just around the corner and a lot of games are celebrating the holiday. The Guardian found out what exactly you can expect in Fortnite and PUBG. Also in this N8W8: Artifact Beta deferment, Crackdown 3 playable during XO18, Jade Raymond exits EA and Intellivision announces console Amico.

Halloween is approaching! October 31st is the time to shiver. Lots of games celebrate the holiday, including Fortnite and PUBG. The Guardian looked at what these two Battle Royale games have in store for you.

Epic tries to warm us up via Twitter. The Halloween content for Fortnite is posted with the hashtag Fortnitemares. Three images have been posted so far:

The Guardian mainly expects skins and dances, but who knows what Fortnite has in store for us. In any case, it seems that the images are part of a larger whole. No doubt more details will follow in the coming days.

And then PUBG: this Battle Royal game also gets spooky content for Halloween, namely: four skins (clown, butcher, mummy and nurse) and two masks (skull and pumpkin). You can see exactly what that looks like in the trailer below:

Halloween is actually not that much alive in the Netherlands. Or at least, not so in Guardian circles. Her big question is therefore whether you are actually waiting for the corresponding content in games like Overwatch and Team Fortress 2. Let us know in the comments!

The beta of the DotA 2 card game Artifact has been postponed to November 19. And that while the game still just has to be released on November 28 … That means that the term of the beta will be shortened.

The people who need access to the invite-only beta received an email from Valve, in which the company states that it is not yet ready for an influx of players:

“We have added Artifact to your account but we have a bit more work to do before letting everyone in. Right now we’re planning for that to happen on November 19. ”

The beta keys were handed out last summer, including during The International and on social media.

Do you see that funny picture at the top of this N8W8? Yes, with an article from The Guardian you can be sure that you will be treated to a number of fresh trailers. Take a look today at:

Xbox has announced on Twitter that their Crackdown 3 will be playable during XO18, which takes place next month in Mexico City.

Crackdown 3 was last playable at E3 2017! So while ago. And even worse, the game was announced sometime in 2014. Anyway, with a bit of luck, the cyber shooter will still be released in February of 2019.

The XO18 event takes place on November 10th. This includes an Inside Xbox live stream that lasts two hours.

EA has announced that Jade Raymond is leaving the company. Raymond headed the Motive studio. She joined EA in 2015 after previously working on games like Assassin’s Creed and Watch Dogs at Ubisoft.

In her time with us, Jade helped to build great teams, and our projects underway at Motive and other studios continue unchanged. We’re appreciative of all of her efforts, and we wish Jade all the best as she moves on to her next adventure. “

Motive was involved in the Star Wars title that Visceral Games was working on. Unfortunately, the latter had to close its doors earlier this year. Furthermore, you may know Motive for their help in the development of Star Wars: Battlefront II. The studio is now working on a new Star Wars game and a completely new IP.

Raymond will be succeeded by Samantha Ryan, who currently heads BioWare, Maxis and the mobile arm of EA. It is not yet known what Raymond’s next challenge will be.

Intellivision is making a comeback! The original console came out in 1979, but the Guardian thinks that many of you weren’t able to hold a controller back then. Fortunately, Intellivision now comes with the Amico.

Although the Amico is still at the beginning of its development, the Guardian can already treat you to some details. In fact, it already has an expected launch date: October 10, 2020. The price tag should be between $ 149 and $ 179. The console comes with a number of built-in titles. In addition, there must already be at least 20 games in the in-game store at launch. These and other games – all of which should come to the platform exclusively, by the way – cost about $ 2.99 to $ 7.99.

Intellivision CEO Tommy Tallarico says their Amico should also be great for the casual gamer and kids / families. Therefore, you should not expect titles with a high age rating:

“We are creating a console that parents want to buy, not that they were asked to buy. Most every game being made for the home consoles these days is created with only the hardcore gamer in mind. We see a world where everyone is interested in playing at home and with friends, but this isn’t currently possible because the barrier to entry is nearly impossible for a non-gamer due to the complexity of the controllers, intricacy of gameplay, expense of the hardware and software and steep learning curve with an unbalanced fun factor for the beginner. Our goal was to create a console that both gamers and non-gamers are able to have fun with and play together. The Intellivision Amico is our answer to this gaping hole we see within the current video game industry. ”

Concept art for the Amico shows a white console as well as Bluetooth controllers. The controllers will have a color touchscreen and also work with motion controls. Up to six controllers can be connected by means of a free app for Android and iOS.

And then on to the most important thing: the games. Below the full list of launch titles:

What is your first impression?

Today in memes and things 8 moments that completely ruined a game and a cool documentary about the development of Fallout Shelter.