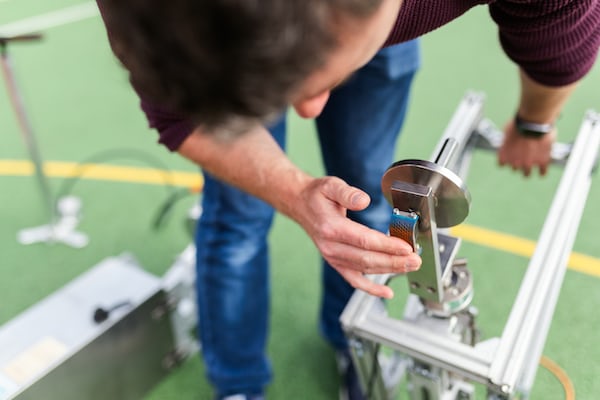 The United States is experiencing a very difficult time due to the murder of George Floyd, every day there are thousands of people who take to the streets to protest the racist acts that continue to take place in the country. However, some are taking advantage of these protests to rob and loot businesses, including the Apple Store.

Tim Cook himself has commented on the matter in a letter and even his own Apple has taken action in many of its stores, some are bricked up and others have improvised a barricade to prevent theft of devices. Something that on the other hand is worthless, since all the iPhone and iPad exposed in the Apple Store are blocked when they leave the stores.

However, now Apple stores are becoming a very special place of meeting and peaceful protests with murals, drawings and inspirational phrases right now. An example to send messages of support and protest.

The Apple Store is a gathering place

Many of the Apple Stores around the world are located in very emblematic places in each city, so they tend to be visually very attractive. Many communities have begun to decorate the Apple Stores that are closed and many artists have “taken over” Apple stores to promote peace over violence.

One of the most famous Apple Stores has been Naperville in Illinois. This was one of the Apple Stores that were looted a few days ago and Apple was forced to wall the entrance with a large wood that blocks the entrance. Many teens in the community pasted heart-shaped notes and these were ripped off overnight, and this act has caused thousands of people to approach to the store to put their own messages on a huge mural.

In Portland, artist Emma Berger painted a George Floyd mural with the words “I can’t breathe” on the wall surrounding the Apple Pioneer Place store, which was also severely damaged by looting. It also seems that the artist wants to add new faces to the mural with more victims.

The Apple Store’s got a bit more color to it #Portland pic.twitter.com/yPbTcegpgH

One of the Apple Stores closest to Apple’s headquarters, in Palo Alto, has also been another of the stores that the artists have decorated, with a mural of Black Lives Matter and many improvised phrases.

My local @Apple store, boarded up to protect from looters but creating a canvas for #peaceful # protest ~ # PaloAlto #GeorgeFloyd #BlackLivesMatter pic.twitter.com/KOh3ym7HaG

It may interest you | The Apple Store reopens in Spain: 4 stores open today June 4

Without a doubt it is a beautiful initiative by the community that wants protest peacefully against the injustices caused by racism. This is a true example and a better way to get all these messages out.