SamaGame > LATEST > Companies in Spain, until now, could not launch financial services on an experimental basis and the “Sandbox” law has come to change this 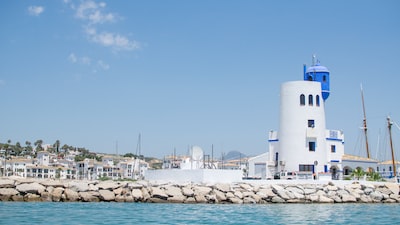 Companies in Spain, until now, could not launch financial services on an experimental basis and the “Sandbox” law has come to change this

Companies in Spain, until now, could not launch financial services on an experimental basis and the “Sandbox” law has come to change this

Bankia has presented a blockchain-based payment platform that wants to digitize checks, promissory notes, letters of credit and other payment methods widely used between companies. Other giants of finance in this country, such as Santander, BBVA and CaixaBank They have also commented on their interest in presenting innovative financial projects. This is possible thanks to the recently released “Sandbox”, which finally started its activity last Wednesday, January 13. But what exactly is this law and how does it work?

Spain has a new law that seeks, according to its promoters, to allow innovation within the financial system in a controlled way. The Commission for Economic Affairs and Digital Transformation of the Spanish Congress of Deputies unanimously approved the Law of Digital Transformation of the Financial System, known as the “Sandbox Law”, came into force at the end of 2020 and that on January 13 began to be a reality. .

“Sandbox” refers to a space in which companies fintech (technology-based financial services) and insurtech (technology-based insurance services) can test innovative financial products or services in real life. Thus, before launching a financial novelty on the market, there are citizens who can test it for a while, safely and knowing that they will not suffer loss of their money or their properties. This process is done under the supervision of official bodies.

In addition, another objective of the “sandbox” law is that regulators can have a space where observe the changes that are taking place in the financial environment and on your needs. Thus, if they deem it appropriate, they can adapt the regulations that exist in this regard.

With this new regulation, a project can be presented to regulatory bodies of the sector so that they consider if the existing law can be modified, if necessary. “The objective must be to adapt the legislative reality to digital innovations in the financial sector”, as the Official State Gazette explains.

Among the novelties that this new law brings to the payments landscape, fintech and segrtech, we find:

A law that has been talked about for years

In 2016, fintech associations, in collaboration with the Government, began to work on the development of a white paper that would serve as the basis for future regulation to test new financial services in a safe way.

Various political parties carried this proposal in their electoral program in 2019. Achieving unanimity in the approval of the law was not easy. During the last months, different political parties presented 39 amendments to the initial Bill, which the government had approved in February of this year.

In other European countries there is already a regulatory framework similar to this new “Sandbox law”. The UK pioneered on the continent after creating a law in 2016 that allowed companies to test financial news in a regulated way.