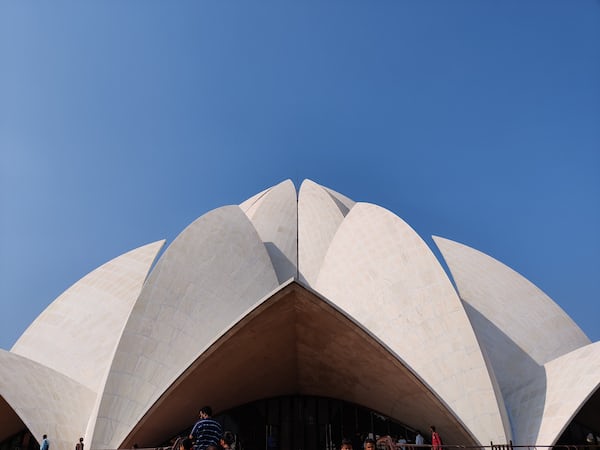 The rumors are true: the Xbox 360 version of Final Fantasy XIII is nowhere near as spectacular as the PlayStation 3. The main problem, moreover, is that it is much worse than it should have been.

Square Enix’s latest work – after four and a half years in development – follows the principles established by all of its predecessors on PlayStation by combining an excellent 3D engine with large amounts of pre-rendered CG sequences. This posed two major problems for developers tasked with converting an already mature PS3 project to Xbox 360.

The first place had to port the Crystal Tools engine to the Microsoft platform. Second, the team had to find a way to compress about 32GB of CG footage to the space allowed by three Xbox 360 DVDs – which is already reduced by an anti-copy system that leaves only 6.8GB available, less than what can potentially occupy on PlayStation 2 or Wii.

The mere idea of ​​moving a Blu-ray game as large as this one might sound crazy, but the good news from a conversion perspective is that the game is extremely linear. The core of most of the game is limited to very limited environments with only a few routes, following a yellow arrow to your next destination and fighting a myriad of enemies in the process.

Very rarely do you go back to previous settings – with only one chapter in the game dedicated to the kind of free JRPG gameplay that Final Fantasy is known for.

That being the case, even though you can install all three drives on the hard drive for a continuous experience, there is really little reason to do so except for convenience and noise reduction. Disc changes on Xbox 360 are minimal and have no impact on the experience of playing Final Fantasy XIII.

Ironically, one of the main concerns about conversion turns out to have very little consequence. Unfortunately, the rest of the complaints are far more significant.

Creating the game from scratch taking into account the space limitations and architectural differences of the two HD consoles, Square Enix would have had many numbers to achieve a practically equal game on both platforms. But, and taking into account all kinds of criteria, it seems that the Xbox 360 version of Final Fantasy XIII is a fast and running port of the existing PS3 material in which everything has been done very roughly to work on the Microsoft console.

To get started, let’s talk about the Crystal Tools engine. Square mentioned in an interview with the Official Dutch PlayStation Magazine that a “new engine” had to be programmed for the Xbox 360, but it really seems to be the same as the PS3 with just a couple of very obvious differences.

Let’s talk about resolution. A large number of European and American websites have published images of the Xbox 360 debug version, showing a considerable reduction in definition with various galleries showing a somewhat blurry look. The problem with using these types of captures is that there is little transparency in the methods used to obtain them. Some even had mouse pointers on them, suggesting the use of a PC “print screen” type of function.

But some experienced eyes are able to tell a good shot when they see it, and it was soon discovered that the Xbox 360 version had a 1024×576 resolution with 2x multisampling anti-aliasing. This, compared to the native 720p resolution of the PS3 original, also at 2x MSAA, represents a resolution reduction of almost a third. So … are the stories about the lower resolution of FFXIII’s Xbox 360 port true? You can bet it does.

For those who are curious to know how we are so sure, the principles of pixel counting are more or less infallible. In a 720p game, a 20 pixel high diagonal line will have 20 steps from top to bottom. When you take a look at FFXIII, they clearly see 16. So … (16/20) x 720 gives you a vertical resolution of 1024 pixels. The only confusion could come from the HUD, which renders at normal 720p resolution before being overlaid on top of the 576p image. This has been a common practice for years with sub-HD games, and FFXIII is no exception.

So sub-HD already 1024×576. With careful use and better texture filtering, sub-HD games can compete with native 720p, something that has already been demonstrated, for example, with Tekken 6. However, Namco’s game is unique in this regard, since which is the only console game that running at a lower resolution appears sharper than when running at 720p.

Unfortunately, here it appears that the downsampling is due to converting the PS3 engine as quickly and easily as possible, which means using the maximum possible power from the console with the least possible penalty. This being the case, it appears that Square Enix has kept the framebuffer within the Xbox 360’s 10MB eDRAM to optimize speed without having to “copy” multiples of those 10MB to main RAM.

Matching PS3 resolution and anti-aliasing would require two tiles, introducing potential performance bottlenecks. This is not usually a problem for many cross-platform developers (Fallout 3 and DiRT 2, for example, use three tiles to accommodate a 4x MSAA), but the only plausible explanation here is that Square Enix had trouble getting Crystal Tools to work on 360. and reduced the framebuffer as a consequence.

So, focusing on video generated by Crystal Tools, let’s see how the Xbox 360 and PlayStation 3 versions of Final Fantasy XIII look side by side. Remember to use the full screen button to view the video in HD resolution, or the link to EGTV for a larger version. You can also take a look at the huge comparison gallery, with about 50 captures.

“Adequate but disappointing” would be the best summary for the Xbox 360 version. The edges lose precision, and although the effect is mitigated thanks to the use of MSAA and various post-processing filters available to the graphics engine, the fact is that the lower resolution makes the Xbox 360 version look worse. The CG look of the PS3 version is compromised, and while it’s still equally beautiful for an Xbox 360 game, it loses some of its competitor’s flawless presentation.

And it could have been worse, really. As you may have seen in the video, the quality of the scaling when the game is in motion is not at all bad.