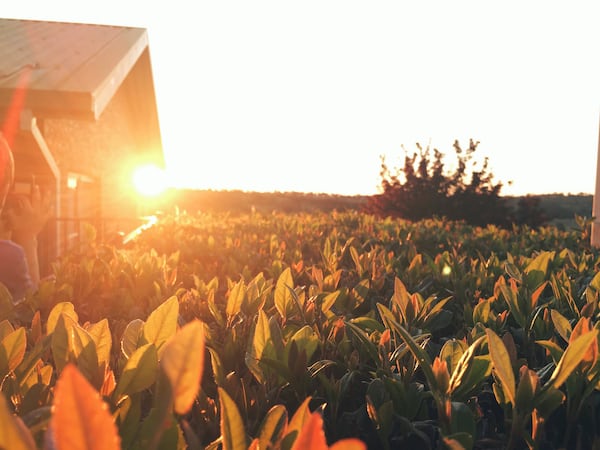 As the first fighting game on the seventh generation of consoles, Dead or Alive 4 didn’t need to do anything special to stand out. The recipe for success, though, was more than just looking good: it offered a familiar yet robust combat system and featured the first appearance of a Spartan on Xbox 360. But now that (presumably) we are nearing the end of combat Between Nintendo, Sony and Microsoft, the genre has a few very important exponents. The question is, can Dead or Alive 5 stand up to the kings of the genre or should it retreat to bikinis and beach balls?

After spending some time playing an extended demo, it is clear to me that Team Ninja is focused on what they do best: creating a solid structure that combines fast action with accessibility in execution and a great focus on counterattack. Basic combat moves are punch, kick, throw, and block, and by mixing two attacks with one direction you can pull off satisfying combos that end with a lock.

What sets Dead or Alive apart from other fighting games is that rock–paper-scissors dynamic that introduces a certain risk every time you press a button. You can block a predictable hit, counterattack, and then perform a brace. This three-step mantra was and continues to be the cornerstone of the DOA experience. But while Dead or Alive looks and plays similar to its predecessor, it also offers new mechanics and some pretty cool changes.

Anyone who has played the demo of Dead or Alive 5 that came with Ninja Gaiden 3 (undoubtedly the best of that disc) knows that Team Ninja initially intended to use the lock system of Dear or Alive 3 and the recent Dimensions. In the end it has changed for a philosophy close to Dead or Alive 4, since although the basic high and low block does not differentiate between punches and kicks, now there is no longer a counter for medium attacks and you must guess correctly between feet and hands.

It’s a successful move that allows some characters, like Christie and Zack, to be more effective and less likely to be blocked. Others who rely heavily on keys, such as Bayman or Leifang, have advanced keys that can take a good amount of the opponent’s life bar. And just as Tekken recovered the counter mechanics after years without them, Dead or Alive 5 does the same by giving the option to grab from behind.

This is done with the new Power Blow system, which allows you to charge a special attack that, if it hits successfully, unleashes a cinematic succession of martial arts that can knock out your opponent in a Danger Zone for even more damage. In the NG3 demo the Power Blow could be used at any time during combat, but now only when you are at 50% health or less. You can also vary the charge time and lure the opponent into a bug, but while the Power Blow can be blocked it’s smarter to step to the side as it can break your guard and make you vulnerable.

The Power Blow seems like little more than a simple trick that serves to catch people hitting buttons by surprise, but when used with the new Critical Stun to stun their lag it seems less of a problem. It’s not exactly one of the easiest mechanics to explain on paper, but suffice it to say that each character has at least one attack that can cause a Critical Burst when used at the end of a combo. Hitomi, for example, has a double punch that when hitting twice in rapid succession forces the opponent into a Critical Burst, with enough time to charge and perform a Power Blow.

The key is that the opponent cannot make a key to turn the tables once he has been stunned, and for characters like Bayman – who benefits greatly from the new mechanics – it is even possible to attack with a combo that does not you can escape once the first blow has struck. This changes the pace of the game on several levels, because where keys were a useful wild card now the Critical Burst system allows you to orchestrate situations that guarantee good damage. And that in DOA is something important.

More about Dead or Alive 5

A new Dead or Alive 5 DLC is available

It did not appear in the demo, but in the final version the classic Tag Match mode will return. Manage cookie settings

Even more important is the inclusion of Akira Yuki and Sarah Bryant from SEGA’s cult Virtua Fighter saga. Needless to say, Akira is one of the most technically complex characters in the history of the genre, and while his transition from rings to multi-level arenas has smoothed him out a bit, he’s still strikingly similar to how he was in VF. Sarah, with her high kicks, was absent in the demo, but it seems like a natural choice for the game.

The rest of the roster is made up of four men of action, including the ninjas Hayabusa and Ayate, with their ninjitsu skills, and the women Tina Armstrong, a wrestling fighter, Kokoro and her powerful blows with the man and the attractive Katsumi. , with his characteristic speed and ability to teleport between flower petals. The new arenas are also an improvement in terms of design and functionality, and although the quality of the animation will not make Namco Bandai sleep, the fluidity of the movements between the techniques has nothing to envy.

While Dead or Alive 5 may be compelling to play, it’s hard to ignore the fact that when it hits stores in September, it will face off against Tekken Tag Tournament 2, a game whose name alone is already guaranteed to steal some of the attention. . To counter this Team Ninja must publish a well balanced fighting game. Not only at the roster level, but also in the quality and variety of game modes. If they can do this with the addition of the indispensable training mode, reliable network code, and an above-average story mode (be realistic), then DoA5 could achieve something similar to what Dimensions did in 3DS.

When Tomonobu Itagaki left Team Ninja in 2008, fans were concerned that his absence would have an adverse effect on the studio’s games. Unfortunately, in the case of Ninja Gaiden that pessimism was more than justified. But based on what was seen in this demo, Dead or Alive 5 seems to be a great fighting game that although it is familiar in general terms includes interesting new mechanics. It’s still a festival of swaying b*****s, yes, but underneath that frivolous aspect is a frenzied fighting game with depth and substance.