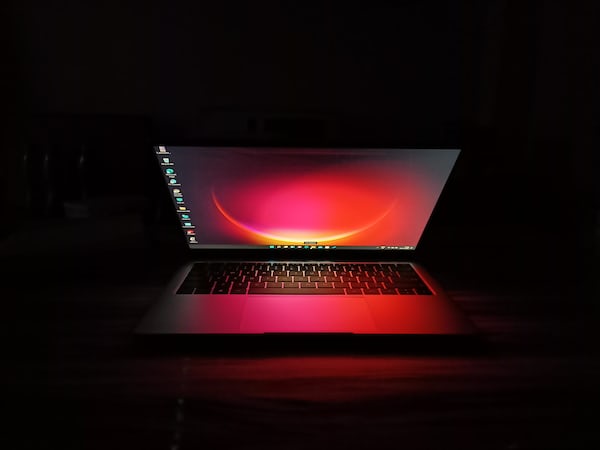 “When we were looking at what to do with Dead or Alive we wanted to make sure it offered something new, something different and took the genre further. It’s not about going backwards, but about trying to raise the bar in fighting games.”

Yosuke Hayashi, head of Team Ninja, spoke of innovation; a very complicated subject within the fighting genre, which, after all, is based on two characters giving each other hostiles. In the last 25 years, since the birth of Street Fighter, fighting games have learned how to move to the back of the stage, they have learned to do ultras, to fight in pairs … and little else. Everything has been perfected, obviously, but little has evolved. So Mr. Hayashi set the bar very high for his own game.

Dead or Alive 5 is cool, yes, but it is not a new level for the genre, it is more of a bonus level. Tecmo’s title is the same for better and for worse; The girls are exuberant, well, they’re still too exuberant, the combat mechanics are still largely intact, the control is fast and accessible as well as deep, and the scenarios can alter the outcome of each fight – this is where you try to take a step ahead.

The locations are full of life, and that carries over to the gameplay. They have zones that, if they hit them, they will damage the character or alter the level drastically. For example: there is a scenario in which we can push the opponent against some beams that will come loose and create a gap with a gap through which we can launch the opponent to another location. These very cinematic and spectacular transitions are other new features for Team Ninja. They are not a recorded sequence – which after a few fights we will hate – but they have a minimum of interactivity and allow both characters to have a certain level of decision about how to face the critical moment.

Control is the same as always. Fast, fluid, accessible and deep.

Each level is really well designed, the different handicaps for each one are well resolved and the transition sequences are a respite from the uninterrupted speed of combat; but they do not suppose any revolution either.

In fact, these new features can be deactivated and the game gives all the facilities to do so at any time. The first time we play, it asks us if we want to use Action or Classic mode. The difference between the two, basically, is that the first one uses cinematographic cameras, as well as a higher level of interaction with the new Power Blows, when deciding where to launch the rival – we can even launch it against missiles. The Power Blows are almost the only novelty in the control. They are special movements (they can only be performed once per combat) that throw the enemy against the stage in a brutal way. These attacks gain a lot with Action mode activated; otherwise they are nothing more than movements that take more life than normal.

We can also deactivate the critical areas of each scenario, so if we play in Classic and remove the explosions – something that you may end up doing – we are left with a Dead or Alive of a lifetime.

The defense takes a backseat in favor of the counterattack, so the fights tend to last less than in other games.

Control is the same as always. Fast, fluid, accessible and deep. Only two attack buttons, plus one for grip, and one for cover – although we can also do it by moving backwards. Against the competition, DOA5 is more attractive; the fights are more spectacular, the girls are stunning, the pace is very high and the control does not require any prior learning to link insane combos. But it also has enough complexity to satisfy the most expert. The key to being a master is to control the counterattack, an easy action, a priori, since you only need a button and a direction, but which is actually quite difficult to master.

When we are receiving a combo we cannot counterattack, but we can do counterattack braces that stop the blows and turn the tables. In this way, the defense takes a back seat in favor of the counterattack, and that makes the fights last less than in the rest of the games. In fact, if we play in Tag mode, the fights have a single round, so the duration is the same as the individual fights. But yes, you have to end the two characters. Which, by the way, have hardly changed: in addition to Pai, Akira and Sarah, from Virtua Fighter, there are only two new characters, Mila and Rig -which are cool, yes-.

Dead or Alive is, after all, a game that enters through the eyes. It’s like when you buy a T-shirt that doesn’t fit you, but is so pretty that you think: well, it’ll look good on me one day. The girls are still one of the great claims, whatever the developers say, and eroticism is still too present. The last straw is when you lose a match; the girl stays on the floor, in a more than suggestive posture, moaning non-stop and looking at you with sweaty cleavage. There is also no countdown and they even allow you to move the camera as you please – it’s a bit too obvious. Abuse makes this look vulgar and out of place.

In the end, it offers the usual and not only in regard to the theme or mechanics. The game modes remain the classics of the genre (History, Arcade, Survival, Time Attack, Training and Online). The only one that has undergone a major change is the story mode. Now it works as a tutorial, teaching us all the movements and techniques while telling a pathetic, shabby and worn story in the worst of ways. The best thing is to take it directly as training rather than as a real story mode. Somehow he tries to put us in the shoes of all the characters, as in the last Mortal Kombat, but such an oriental treatment, let’s say, a lousy story and a totally wrong and meaningless development makes that after a few chapters we are asking screams to end.

In conclusion, Dead or Alive 5 is a good fighting game although it does not offer that revolutionary leap that Yosuke Hayashi talked about a year ago. The repertoire of characters hardly varies, the game modes do not offer any novelty with respect to their competitors -in any case for the worse- and it is played practically the same as always. Although they go a step further when it comes to the environments, the spectacularity ends up taking precedence over everything else and turns all this interaction into a more visual factor than anything else, and most likely we will end up deactivating it. Dead or Alive 5 is entertaining, addictive up to a point and very accessible, but it is still too reminiscent of previous editions; game modes and characters are lacking, and frivolity abounds.