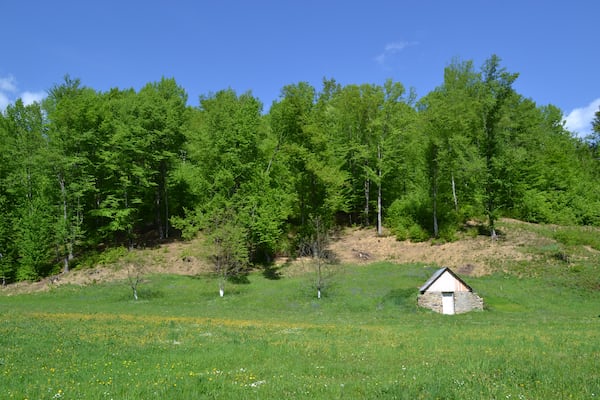 Announced by surprise last week through Koei Tecmo, Dead or Alive 6 is one of the novelties I made a point of trying at E3 2018 and as a big fan of this Team Ninja series, I couldn’t have been more curious. After a long period of support for Dead or Alive 5, Koei Tecmo finally responded to fan requests and created a Dead or Alive made from scratch for the current generation.

This is something that stands out from the start, Dead or Alive 6 is a game visually superior to what you saw in the series and which could figure as one of the most beautiful 3D fighting games on PlayStation 4, Xbox One and PC. The attention to detail and visual elements such as facial expressions, the sweat that runs down the face and body of the fighters, the clothes they tear, the lighting, the dirt on the clothes, the characters around the scene in the night alley are immediately noticeable, Dead or Alive 6 is already visually surprising.

If the visuals seem to put Dead or Alive 6 firmly in the new generation, especially since it will now have interactive arenas (the audience grabs you and pushes you back into the fight and you may be susceptible to more banging) and the characters are visually amazing, the gameplay seems to combine traditional elements with new mechanics that make it much more dynamic.

The Dead or Alive series has always presented itself as a series of very accessible, furious and authentically explosive games. The combos are easy to execute, the triangulation of rules sharpens your instincts and when you are not trying to apply an easy combo (repeatedly pressing the same button), you are trying one of those devastating attacks or a grab.

:: PlayStation Plus Collection kicks off with 20 games on PS5

The counter system is still here and is very useful, especially since you can punish this hammering of buttons. It’s the usual and highly familiar if you’ve played the previous games in the series.

Where Dead or Alive 6 introduces new features is the new Special button, a button that further enhances the explosive tone of the extremely accessible gameplay you found in previous games in the series.

The Special has three functions – one is defensive and can break an opponent’s combo, getting rid of it, while the second executes a counter-attack hit that can take a lot of damage. However, it is the third function that becomes truly delicious and introduces a little more diversity and even strategy in combat.

Like other games have already done, Tekken 7 is an example of this, this mechanic puts a second bar on the screen and when full, you can repeatedly press the Special button. If the first move connects with the opponent, a series of strikes follows and ends with a very strong blow. If this is correct, the opponent’s life may suffer an incredible amount of years. If you fail, you have lost a precious asset.

If Dead or Alive 6 maintains the same tone of quick reflexes and faster actions than thought, this Special mechanic introduces a new and irreverent layer in the range of gameplay features. You can quickly turn the course of the fight with a Special at the most opportune timing.

After playing My Hero One’s Justice, Soulcalibur 6 and Dead or Alive 6, the feeling is that there is a clear trend among studios that are developing fighting games – greater visual spectacularity, familiar mechanics, novelties that introduce extra depth, but above everything a focus on accessibility. The genre is going through a good time and the proposals are incredibly varied. Dead or Alive 6 seems to fulfill a vision that was not fully realized in Dead or Alive 5.

After 20 minutes of playing this initial version of Dead or Alive 6, which wears all the DNA in the series, but tries to move forward, I have this game in my memory and as one of the titles to follow. The wait until 2019 is still long.