Dead or Alive 6 – Review – More than a guilty pleasure 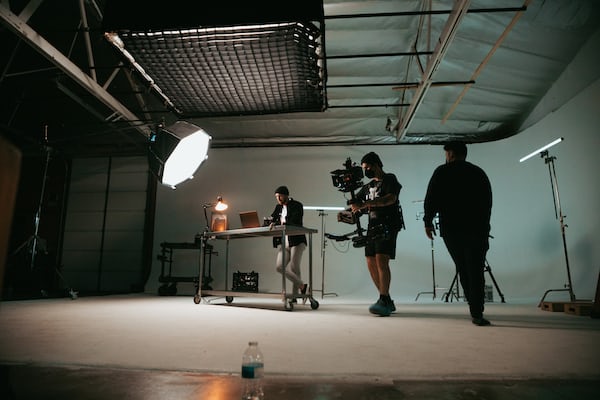 Dead or Alive 6 – Review – More than a guilty pleasure

It remains an accessible and highly frantic fighter. The fantastic visuals and the various game modes make it highly entertaining.

Dead or Alive 6 represents the opportunity to return to the controversial series of Koei Tecmo and Team Ninja which, in the eyes of the outside, remains a strange property focused solely on the cleavage and sensual poses of women fighting in these arenas. Playing a game in this series in 2019 represents an unexpected and refreshing sensation because by refining your experience without losing your values, Dead or Alive 6 shows that there is space for you and it is even more fun.

Anyone who became a fan of the series, for one reason or another, discovered that there is more than that, there is much more here than mere bouncy b*****s – there is a furious and incredibly accessible gameplay, but it still wears enough depth to challenge you . In Dead or Alive 6, Team Ninja worked to further balance this accessibility with mechanics and systems that make it more explosive.

In such an apparently simple gameplay, it is a delicate balancing effort that can easily pull the game to one side of the scale and mischaracterize the soul of the series and perhaps it is when I realized that these efforts resulted that I felt enormous fun in Dead or Alive 6. S**y women are still here, the clothing that rips or destroys remains and there are lots of s**y poses, but the gameplay is even more fun and has become the main element.

The triangular system that characterizes the Dead or Alive series and allows you to wear highly accessible gameplay, but full of mechanics to counterattack or destroy the predictable hammering of buttons, is glorified with the agility of the characters – there is space for strategy and it is essential do not fall into predictable patterns. Dead or Alive 6 can be seen as an enhancement of the core values ​​of this series, a sensual fighter where 24 characters give you access to different fighting styles with their pros and cons.

If you’re going to look at Dead or Alive 6 as a dizzy fighter that only serves to see b*****s swaying, forget it. As mentioned, Team Ninja does not hide what the series is, but fine-tunes the gameplay so that the fighting becomes at its greatest value. The result is a game that, although very similar to itself, continues to amuse me as it has not had in this series in a long time.

“There are some rough edges, but by investing in improvements to the dynamic DNA of the series, Dead or Alive 6 becomes a highly entertaining game.”

The extensive but confusing Story Mode (the episodic narrative has interesting moments for the lore of the series, but the constant jumps in time and interruptions spoil the execution), Arcade Mode, Survival and Time Attack do well to keep you busy. However, it is the DOA Quest mode and the ways to learn to master the characters that make the most impact.

In DOA Quest you have access to more than 100 challenges, in which you have 3 different objectives in each one. Some force you to face several opponents and if you comply with what is requested (3 Throws or 5 Hi-Counters, for example), you receive money to buy personalization items, songs, titles, parts to unlock suits and even accessories. This is one of the most interesting modes of the new Dead or Alive 6 and where I spent most of my time.

In addition to these offline modes, you will also have the Combo Challenge, Training and Tutorial, which help you to master each of the different characters. Team Ninja applied to reinforce the image of Dead or Alive 6 as a fighter with qualities and merits, strongly evidenced by offline modes. Many will immediately notice the lack of a Tag Mode, which is a shame, but the modes present here make up a good package.

In all of these modes, you’ll enjoy that incredibly fast and acrobatic gameplay, but Team Ninja rewards those who explore the depth that exists and rewards those who go beyond the obvious. In addition, following the example of other series, Dead or Alive 6 received a devastating new mechanic – called Final Rush. When you fill the Break Gauge, you can unleash two devastating types of attacks – Fatal Rush and Break Blow (which, if applied well, can make a difference).

A Fatal Rush can put the opponent on Fatal Stun and most players will be able to deliver quick strikes in this time window in which the opponent is exposed. However, the more advanced will use this to go further and prolong their combos and ingenious act of breaking the expected pattern of movements and alternating carefully between strokes. Dead or Alive 6 could become an unexpectedly tactical game in some matches. Choosing Break Blow allows you to apply a devastating movement that is visually spectacular and that destroys clothes or accessories (the characters will continue the fight, displaying the ills gained in that blow).

The triangular system was reinforced with these support mechanics that vibrate with the high dynamics of the fighting, but, as always, there are risks and counterparts to be taken into account. I believe that these new features and the refinement of the characteristic gameplay have made Dead or Alive 6 a strong and very fun game to play. Highly familiar, but strongly energetic. There are also mechanics like the side-attack and the scenarios with parts that are destroyed and give access to new places that become more weapons to explore. Nothing is as simple as many might think.

One of the most prominent elements is the graphic quality – Koei Tecmo bet on the quality of the scenarios, the explosions and even designed locations that benefit the electric tone of the gameplay – many battles can end in less than 30 seconds. The characters appear highly detailed, many scenarios are full of points that make them more organic and, in general, Dead or Alive 6 is a beautiful game to see, with a performance that fulfills. Team Ninja has put a lot of effort into the characters and makes Dead or Alive 6 one of the 3D fighters with the best graphics in this generation.

Sensuality still reigns in Dead or Alive 6, but the fighting system takes on a prominent role – just as it should be.

As mentioned, Dead or Alive 6 has become something superior to a guilty pleasure. It became a fun game that, despite not reducing its sensuality as some initially feared, made it an element of its personality and not in its prominence. However, there is still room for improvement and the Online Rank mode – one of the ways to extend your longevity, is proof of that. There are no lobbies and the connections do not always correspond to the quality initially indicated. Often, you will have to face a wait of around 1 minute between looking for a game and starting playing, which can make the experience less fluid. Team Ninja has some work ahead of them here.

Dead or Alive 6 shows that Team Ninja has no problem maintaining the essence of the series, on the contrary, embraces it fully. However, sensuality is only part of your personality and is far from your only appeal. The team refined the gameplay, kept it accessible to the point of hammering the buttons still to have an effect, but those who dedicate themselves to it will discover how easily to destroy that strategy. The triangular system ensures that despite being explosive and frantic, there is some order and balance in the midst of chaos. Visually beautiful, highly accessible and equal to its identity, Dead or Alive 6 figures as one of the best entries in the series.