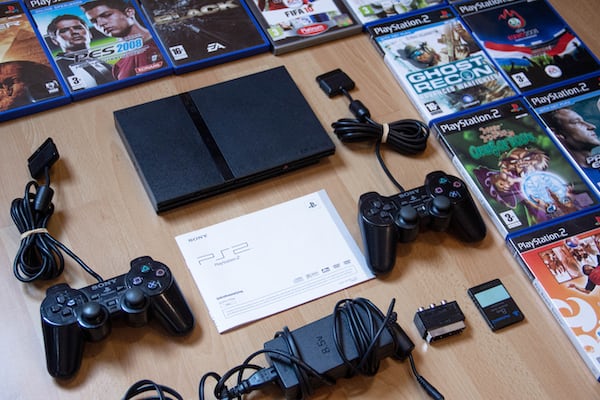 From some points of view, Star Wars: Battlefront is the best-looking game to date with the Frostbite 3 engine, which thanks to physics-based rendering makes every map and weapon faithful to the original material. That said, after testing the PC beta code we can say that some aspects of its technology have been scaled back compared to Battlefield. Obviously we’re talking about a different game, so what are the repercussions on gameplay and performance on PC?

The three maps, coming in the public beta on PS4, Xbox One and PC, are undoubtedly impressive during panoramic shots: crisp, well-lit, albeit limited to some extent in physical destruction. The most recent map, Sullust, demonstrates these two characteristics. The merits of the lighting are easy to see among volcanic rocks and downed ships, and enhance the photogrammetry used by DICE to acquire data for each material in the game.

Using the original materials helps: the locations where the original trilogy was filmed, and props such as lightsabers or X-Wing models, have been scanned and digitally reproduced. This is where physics-based rendering comes in: material properties are applied to every weapon, character and terrain, and objects react to light based on characteristics such as color, roughness, opacity, or reflectance. All these qualities come to the surface whether you look at the deep footprints of the snowy scenery of Hoth or the opaque banners of the red canyons of Tatooine.

This strength of the Star Wars: Battlefront beta is used without compromise: whether you use the low, medium, high or ultra settings, physics-based lighting is always on.

However, there is something to indulge in the options, and it’s good news for those thinking of playing on a lower-end PC. As you can see in the video above, the rumors are many. At the low level we inevitably see the major compromises in terms of ambient occlusion (completely disabled), texture quality and shadow resolution, but in general the graphics hold up very well.

The same goes for draw distances and ground texture filtering, which improve dramatically when switching to high or ultra values. With the lowest settings we see that decorative elements such as debris are only displayed when you are close, and only at high or ultra values ​​Parallax Occlusion Mapping is used, which deforms the ground to give surfaces a more three-dimensional appearance. This aspect disappears entirely at the lowest graphics settings, with entirely flat surfaces with no protrusions or cavities.

The graphical menu is very similar to those in Battlefield 4 and Hardline, but the option for mult-sampling anti-aliasing has been removed from Star Wars: Battlefront. MSAA is a very expensive method that works well in conjunction with FXAA, but now only the latter post-processing approach is present, in three quality levels.

The best FXAA available does a pretty good job of cleaning up the roughest edges of the image, with minimal impact on performance. This method still leaves some residual blur, and it’s a shame that the alternative method has been eliminated. Fortunately, DICE has introduced other options such as TAA, which makes a time pass on the image reducing visual disturbance in motion. Hopefully we can look into this technique in more depth after the public beta begins, as it will likely be associated with another form of AA.

Star Wars: Battlefront has the scalability you’d expect from a Frostbite 3-based title. At both low and ultra settings, the viewing distance of fundamental geometry remains the same.The resolution of the shadows remains at good levels regardless of the settings. The only drop occurs at minimum settings, with aliasing on the edges of the shadows.Parallax Occlusion Mapping (POM) is used at the high and ultra levels, while at the lower levels the maps are flat. Notice how the effect adds thickness to the rocks in the upper left.As for post-processing, the ultra settings trigger a bokeh depth of field effect. The other layers use a less refined Gaussian blur.The intensity of the ambient occlusion varies widely: the low settings turn it off altogether and use much simpler geometry, as can be seen from the urns to the right.Physics-based lighting remains active regardless of graphics settings.Draw distance limits are rarely visible, even during massive 40-player battles on maps like Hoth. Minimum settings only reduce the rendering radius of shadows and secondary geometry.All in one image: going from low to ultra is a big leap forward in shading techniques and texture quality.

But how is Battlefield with the best settings? While each map looks great from afar, there are limits to what DICE is aiming for. The Walker Assault level is the most technically ambitious, with gigantic AT-ATs advancing through the tundra, and thanks to the excellent lighting it is a real sight from afar. After a few games, however, it becomes clear that the ambitions of the game are not comparable in some ways to those of Battlefield 4 or Hardline.

The fact is that, with 40 players, the gameplay is generally less lively than that of the newer Battlefields, with their 64 players. In addition, physics-based destruction is used in a limited way, with mostly static structures eliminating some of the original Frostbite 3-based titles. Unlike Battlefield, vehicles are activated through power-ups found on the ground, and this makes the map of Hoth thinner than it should be. From a technical point of view, the scale and flexibility of the map are not at the level of DICE’s best work: the whole thing is beautifully illuminated, but it seems somehow intangible due to the more limited interactivity of the scenarios.

As for performance at ultra settings, it’s clear that DICE’s engine is well optimized for PC after several iterations of development since Battlefield 3. The game supports multi-core CPUs, and holds up well the stress test in the mission. survival on Tatooine.

Curiously, a high-end PC was not used in the preview event: the machine was not equipped with SLI or Crossfire, but not even single powerful cards like Fury X or GTX 980 Ti. Battlefront ran on lower spec hardware, which allows for a good performance estimate on typical gaming PCs. The configuration included an i7 4790 processor, 8GB of RAM and an AMD R9 290X – odd, given that the recommended specs mention 16GB of RAM (we didn’t encounter any memory-related issues in our tests). With unlocked frame-rates and ultra settings, the featured PC kept the game above 60fps. The 80fps recorded in the Walker Assault map then made it possible to activate vertical sync without having to worry about any shots.

Overall, it’s a shame that Star Wars: Battlefront doesn’t offer a real campaign that takes advantage of DICE’s great design. The potential of Frostbite 3 technology is barely tapped with map introductions, glimpses of what could have been. To see what the game offers in each map, we’ll have to wait. We saw seven multiplayer maps in the build we tested, and 12 were promised for the final version, which we hope will prove to be as ambitious as the three in this beta.

As for the PC experience as a whole, the build is a beta but its performance is already good. We encountered no stability issues (tap iron) and the available settings offer ample calibration possibilities depending on the GPU used. For now, everything seems solid, but given the reduction in destructible elements compared to Battlefield and the relative scarcity of vehicles, we are not facing a real advancement of the engine.

It may be that these trade-offs serve to facilitate console development, as physics-based action has proved problematic for the performance of previous games. In view of the PS4 and Xbox One versions, the frame-rate on PC is promising for now. For sure, Star Wars: Battlefront is in a position to make its mark as one of the most loyal titles to the Star Wars universe. We’ll see if that’s enough to capture long-term interest. We didn’t have access to the console builds on our visit to DICE, so we’ll tell you about them soon after the public beta starts.