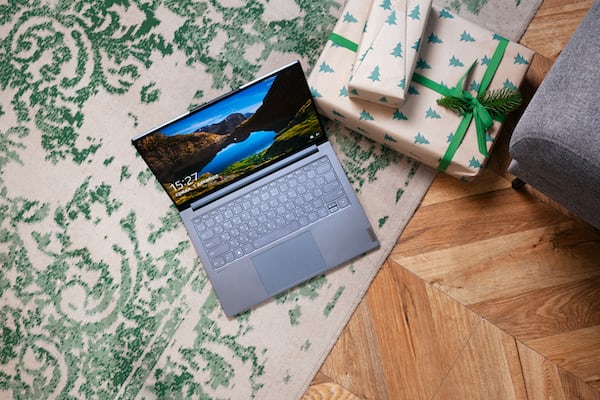 In his youth, my father was a rally driver. It is a strange genetics pirouette, because a server took the card on the sixth, but anyway, my mother also painted and you should see my Pokémon drawings. The thing is that despite having had zero interest in cars and the motor world since I was little, rallies called me in a special way, and even today I still look at them with a certain romanticism. It was a love-hate relationship, paved by many Sundays out in the open, waiting for hours at any bend while the sandwiches were soaked and no one could explain to me why seeing a car pass every three quarters of an hour was a formidable thing, but also for many visits to the storage room. There he kept his trophies, sharing dust with furniture and encyclopedias from the seventies after a life dedicated to working and leaving nonsense. Every time he had to go up there, he would spend a while teaching them and counting battles, and his eyes seldom shone in the same way. There was pride there. There was passion. Older, I took advantage of Christmas to carry out my master plan: give him a steering wheel, and try to use the whole rally business so that he could see with better eyes the hundreds of hours that I myself spent playing Martians. The game that accompanied it, of course, was a Colin McRae, and the good man spent weeks locked up, with that self-absorbed expression that parents put when they discover his video game. Over time, however, it passed, and the flyer ended up accompanying his trophies. The other day, playing Dirt Rally, I remembered a lot about my father.

I don’t think saying that Ken Block isn’t a particularly popular guy with fans of driving simulators is news at this point. And it’s probably not their fault, because they don’t seem like bad people, but one way or another the evolution of the Codemasters saga of simulators has been turning Block into a kind of banner of something that has very little to do with rallies and a lot with the empty show, the narrators who call you “colleague” and the alternative rock and electronic garrafón tracklists. Thus, under the public image of a man who owns a brand of skateboarding shoes and has competed in international snowboarding events, the saga has been abandoning the umbrella of myth to descend for years in a spiral completely away from the romantic vision of those Muddy drivers who got out of the car cissing all over because, well, you had to try to start it. It is a dark stage that would have filled Poochie, the surfing dog from The Simpsons, with pride, and that after a few games and a brief conversation with Paul Coleman, its chief designer, seems to drift away with the speed of a drifter through the alleys of Tokyo Again, you just need to look him in the eye.

And it is an illusion that is contagious. Because if there is something that I learned from those years of curves and wet sandwiches, it is that what makes the rally special does not happen in the ditch, but inside the car. It is the connection with the highway. It is to stand on an icy track with a machine of enormous power and tame a route that is not there for the rider, nor does it offer the guarantees of a closed circuit designed for racing. A dialogue based on inertia, grip and tonnage that obsesses its designer to the point of taking advantage of weekends to don a competition suit, and that turns the game into a small crash course that seeks to convey the sensations of a racing suit. real race. In this sense, his particular way of understanding the tutorials is tremendously revealing: a set of short videos that completely ignore the game to offer advice and theoretical lessons on real sport. I can’t think of a stronger statement of intent than that.

The problem, of course, is to adapt all these good intentions to an engine with more than ten years behind it, and that in recent times had been home to a gymkhana and sack racing festival that relegated realism to the last place in the world. list. And the solution, how could it be otherwise when things get serious, has gone through throwing most of it in the trash and rewriting a new physics engine from scratch that translates into code that obsession to make the car something more than a camera with wheels. Beyond equations and fluid mechanics, what the new system models is that connection that we mentioned before, literally: the penetration of the tire on each surface, its depth, the density of each layer of gravel and the lateral movements of each wheel trying to escape. Back on the track, the result is an ever-present sensation of weight, and an absolute predominance of traction and grip as basic pieces of gameplay. Dirt Rally is a tough game, no doubt, but its main triumph is in each wrong corner, in each spin, and in being able to identify exactly the moment when traction is lost and we are going to make a fool of ourselves. It is relentless, but it is tremendously fair.

But the devil is in the details, and if Dirt Rally is a spectacular simulator, it is because it knows how not to stay in science, and it also pays attention to magic. Coleman talks about conversations with the stewards and pints of beer after the race, and while it is understandable that it may have been to aim very high, the whole game is peppered with small details aimed at how one can smell gasoline: from the way the sound dampened by activating interior sight, to a damage engine that knows how to hold back and rewards our first bouts of ineptitude with small cracks in the front window, Dirt Rally is a love letter. A love that knows how to be subtle enough to intersperse the copilot’s curve reading with a “calm, don’t force”, and who also knows how to be understanding: it is undeniable that the natural habitat of the game is in the steering wheels of 900 degrees and hundreds more. euros, but the study’s care when translating the experience to the One and PS4 pads brings the game closer to ordinary mortals.

And it is not without its sad part, because I am very afraid that it is a declaration of love that is going to be met with a couple of doors slammed in the face. Because the PC is a world apart, but the console market today is too used to brute force and bulk content, and a selection of 39 cars and 70 stages to be divided between three main modalities (Rally, Rallycross and Hillclimb) could gradually getting to know a type of user more used to competing in drift mini-games while listening to licensed songs from the latest Bloc Party album. It is a type of terrain (perhaps the only one) in which Dirt rally cannot compete, and that is why its bet is on depth, affection and knowing how to look with pride at its own past. Coleman says there is a type of player out there who will appreciate it, and I can think of someone. Maybe it’s time to get that steering wheel out of the storage room. Well thought out, maybe it’s time to drop the trophies too.