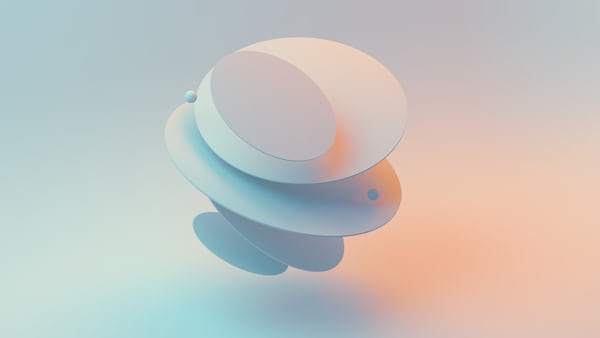 It’s fun and unique, celebrates this series in a spectacular way, but the scarcity of modes and the focus on multiplayer weighs too much.

After the initial release in the Japanese arcades, Square Enix now features Dissidia: Final Fantasy NT in console version, allowing you to play the third game in the acclaimed series derived from Final Fantasy. Dissdia is a series very cherished by the fans, who saw Square Enix take their beloved characters and transport them to a combat game, with mechanics that respect their amazing powers and abilities. In addition to a very characteristic combat system, the two games in the Dissidia series captivated by the way they mixed these characters and still gave us robust, long-lasting modes that seemed to efficiently combine DNA from the series with that of a new genre.

Now comes that part of the analysis in which I tell you how I am a huge fan of the Final Fantasy series and how I loved playing the first two games on the Dissidia line. It was wonderful on PSP that enchanted me and was company for many months. It is these two games that have become the basis of almost all the excitement surrounding this new NT. Perhaps because I still have such a special affection for these two games, the new one became even more of a shock when I started playing it. It took some time to fit the notion of the structure chosen by Square Enix for this new game. It is a strange structure, weak in game modes, with serious flaws, which tarnish what could be a magnificent celebration of the Final Fantasy universe.

But first I’m going to talk about what this game is. Dissidia NT is a new confrontation between the heroes and villains of Square Enix’s 17 main games in the Final Fantasy series, in the form of a 3 vs 3 fighting game by the hands of Team Ninja, known as Dead or Alive or Ninja Gaiden. The three characters of your team are present in the fight, but you will only control one of them, leaving the other two to an artificial intelligence that will often leave you on the verge of a nervous breakdown. Despite being a fighting game, Dissidia NT is, like the previous two, very peculiar, with its own rules and concepts that radically separate it from the traditional game of the genre.

“To play the Story mode you will first have to play other modes, leveling up and gaining Memory that unlocks chapters in Story mode”.

Characters can fly through scenarios, resort to special abilities directly from an RPG (such as Regen, Blind, Confuse and others), they can destroy crystals to summon a Summon, demonstrating their roots in the Final Fantasy series. However, the most important thing in Dissidia NT is to take into account that there are two types of attack and only one removes HP. The vast majority of the time you will be using Brave attacks, which increase in number with each hit you hit. When you accumulate bravery points by executing simple combos (a button + directions for a change), you can trigger an HP attack and then disable the opponent. Do this three times, to any of the opponents, and you will be victorious.

This is the premise of this fighting game so peculiar, something that will easily captivate fans of the previous ones. However, you need to take into account that there are mechanics that give some depth to the experience. In addition to the different classes of characters (some have benefits over others), which dictate whether they attack from a distance, whether they are slower but stronger, or faster and weaker, Dissidia NT lets you dodge, and run the Dash to fly through the scenarios . All of these mechanics and elements allow Dissidia NT to wear some depth and make it a fun game in which there is no point in randomly hammering buttons.

This is the healthiest that Koei Tecmo could achieve, a gameplay that respects the originals and feels simple, dynamic, but with several rules to respect. Especially because they pay homage to the JRPG legacy of these characters. It is when you are fighting that Dissidia NT will most easily get you excited. However, there is a side of this Dissidia that will not be exactly to everyone’s liking, it will not be so stimulating. It is the side that makes you feel that NT is specifically prepared for online multiplayer and that the offline aspect was prepared in “minimal services” mode. More than that, you may even be shocked at the first contact with the game.

Let’s go in parts so that you can understand my initial shock. Once you start Dissidia NT, the best thing you have to do is follow all the tutorials to discover all the mechanics of this gameplay. This NT is a 3v3 fighting game in which you control only one character and there are several specifics that you need to learn. This is not a simple fly through the scenes and hammering buttons waiting for a magic lock-on to solve everything. After completing the tutorial, you arrive at the main menu and discover that you have three options: Multi Online, History and Offline. The naked menu is already an indicator of what awaits you and the apparent scarcity of modes is evident when you realize that there are only two options on the online and offline side, but that is not even the worst.

I immediately started by choosing the story mode and quickly discovered that I couldn’t play it. The answer is simple. To play the story mode, mostly a succession of cinematics with some fights in between, you have to play the modes offline or online to level up. When you get it, you get a Memoria point, a treasure and Gil. This Memory is used to unlock one of the more than 30 points in the story mode tree. Basically, you are forced to play the other modes to advance the story. This is a strange decision and one that makes the History mode unnecessarily complicated and broken. This structure in Dissidia NT almost suggests that the game was developed separately, planned by different teams and then patched into one package. Earning points for watching cinematics and then not being able to continue is a strange thing.

You are then forced to play the other modes to advance in History mode and here you will feel the lack of options and in a way rich in longevity as in the other two games. In offline mode you can choose between basic mode or Core mode. The first is a succession of 6 fights in which the difficulty grows, while the second is a confrontation focused on attacking the Crystals (whoever first destroys the opposing team’s crystal wins). Online, you have two options: one against one or 3 vs 3, this and only this. As you progress through Story mode, you unlock the possibility to repeat specific battles in that way and that includes confrontations against Summons, from the best moments of the game. So focused on the online side, Dissidia NT doesn’t even include an offline multiplayer mode.

“Prepare to be betrayed frequently by your teammates’ AI in solo modes”.

It is apparent from an early age that Dissidia NT was thought of as an online multiplayer game, with only a few basic modes to meet certain requirements that have proven to be sensitive previously. The controversial case of Street Fighter 5 still hangs over the industry. You’ll be able to unlock tons of skins, weapons, blows, songs, and a wide range of items that any Final Fantasy fan will love, but it’s hard to look at the overall experience and not feel too limited. Offline modes are as basic as possible and the structure is not the best. It may even be confusing for some. All of this makes Dissidia NT a game of ups and downs, with a lot that can charm you, but so much that it will leave you confused or asking for more.

Something that deserves only praise is the entire graphic and sound aspect of this Dissidia NT. Square Enix and Team Ninja went to great lengths and any fan will be amazed at the representation of their beloved characters or locations. The soundtrack, composed of new themes by Square Enix composers and themes coming directly from each of these 17 games, is of great quality. When combined with the fast paced matches and the high quality and faithful graphics, it is sublime. Dissidia NT manages to have fantastic moments, like the arenas that change radically in the middle of the fighting or the impressive models of the characters. The gameplay is interesting enough to make fans of the series interested, the graphic and visual quality too, pity the scarcity of game modes, especially in a robust and epic way.

Dissidia: Final Fantasy NT celebrates the Final Fantasy series in a very peculiar way. This is a fighting game unlike practically everything you can find in the genre. Everything about visual and sound design is simply masterful, paying homage to the series and leaving any fan delighted. However, unlike the previous ones, the story mode is not the focus, but the online multiplayer mode that tries to demonstrate Dissidia’s ability to figure as a potential eSports game. If you want a toast to the series you love so much, have no doubt that Square Enix and Koei Tecmo did it very well: it’s fun and exciting, but you’ll have to take into account the severe lack of content and the specifics of the experience.