Does our future lie in the Metaverse? 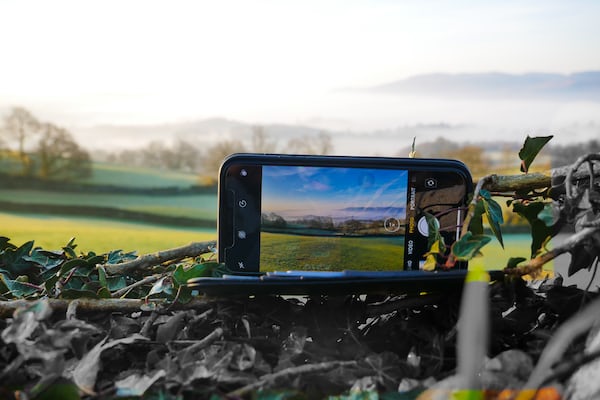 Does our future lie in the Metaverse?

The concept of metaverse is not new to us. We have seen it in movies, novels and other works of fiction. Movies like “The Matrix”, “Ready Player One”, “Avatar” are based on the idea of metaverse.

Even games like Minecraft are also based on this idea. Over the years, people have invested a lot of effort to make this concept a reality.

Since Facebook made it official, the idea of spending most of our time in a metaverse doesn’t seem so far fetched. Recently, some major companies have launched into this space and it’s growing rapidly. So what exactly is a metaverse?

What is a metaverse?

The metaverse is a term coined by science fiction writer Neal Stephenson in his 1992 book Snow Crash. It describes a possible future virtual reality network where people interact with each other and share information online.

We’re likely to see the beginnings of the metaverse in the coming years, as it becomes easier to create immersive experiences that are both compelling and realistic.

Facebook is working on creating the next computing platform, which they call the metaverse.

This platform will be a massive virtual reality space where we can be social and transact in a digital environment.

It will basically be like living in two worlds. Our current physical one, and in the metaverse.

Imagine doing your 9-5 work but in a metaverse. Or perhaps you’re looking for a payday loan to pay off a quick bill. All taken care of in virtual reality.

If you think about it, it kind of makes sense. Most of us do work from home and what if there is a bigger pandemic ahead? How would you go to work then? However, if you had a full time job in a metaverse, you could simply work from home.

The metaverse can be an important part of future society. The metaverse provides opportunities for people to work, play, and socialize in a digital environment.

It can also provide an opportunity for people who are not able to leave their homes to feel like they are still living in the world with other people.

Another side is the business side of things. Stores that may be struggling with monthly and other expenses, can simply open up another presence in the metaverse. Where you can actually interact with their virtual employees and get what you need in real life.

In fact, companies like Nike, Adidas and many others are looking for ways to buy virtual real estate just so they can continue their operations online. In fact, a lot of them have already spent millions on these virtual lands.

Some say that metaverses can replace physical banks and other financial systems too. In fact, maybe being in the metaverse is the next ‘internet’. Or who knows, the internet might be obsolete.

This new form of communication and interaction is definitely something that comes with it’s own challenges. A totally immersive virtual reality sounds fun, but this may also have many disadvantages.

One of the most important disadvantage is that people have already started to forget how to interact with other humans in real life.

As they are so used to living in this virtual world already (Apps, augmented reality, etc).

Some people can’t even enjoy their time with their families or friends because they are all on their phones staring at the screens. Instead of being fully present in the conversation.

With more and more people using social media, there is a very thin line between what is real and what is not anymore.

So it seems like this is where we need to be extra careful.

It’s very clear that sooner or later (Most likely sooner), the metaverse or metaverses will be part of our lives.

With the pandemic, and people already working from home, in a way, it actually does make sense.

Now let’s see how everything turns out.

The real question is . . . is the metaverse the next “matrix”, or are we already living in one?

Something to think about perhaps.