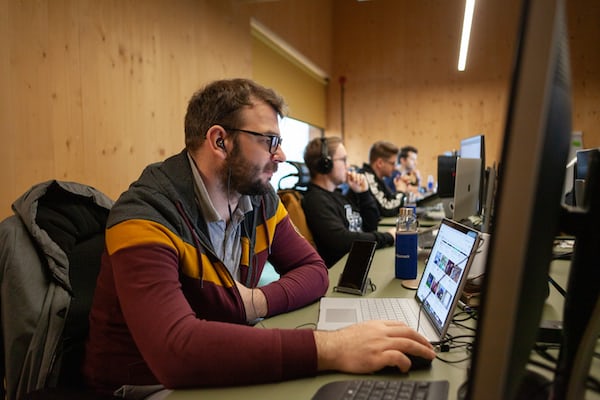 Elite: Dangerous lands on Xbox One – try it

Elite: Dangerous lands on Xbox One – try it

On the stage of the conference held a few weeks ago during E3, Microsoft announced the arrival of the “Game Preview Program”, in practice the possibility of early access to games still under development, obviously paying less. The first title to take advantage of this new option is Elite: Dangerous, a game that has been available on PC for a few months and now makes the leap by moving to consoles.

We tried the version currently available on the marketplace and the opinion we made of it is much more than good. Elite: Dangerous is a space simulator that puts us at the helm of spaceships that travel in the deepest space, passing from one system to another, from a known space-port to one managed by factions hostile to us.

On board your vehicle, which during the game you can modify in various ways or join other faster, more powerful spaceships or with a larger hold, you will find yourself traveling among a huge number of solar systems to complete the various missions. that you will have found in the space bases. In doing so, you will build relationships by creating friends and enemies, with the related consequences.

Among the various possible missions, there are also those dedicated to the collection of minerals.

Don’t get the wrong idea, though: Elite: Dangerous is a hard and pure simulator, which does not allow you to pick up the joypad and launch yourself to blow up everything in front of you with laser shots. On the contrary, it takes a good deal of dedication to learn all the ship’s driving mechanics and the rules of the universe you are in.

It is no coincidence that the developers have included a rich tutorial accompanied by videos on Youtube that illustrate everything you need to start playing. Things to do and watch, because otherwise you will not be able to complete even a simple maneuver like landing in a space-port. The videos, as well as the whole game, are entirely in English, a language that you need to know very well in order to explore the depth of the game. More details can be found in the review of Elite: Dangerous in PC version, released at the end of 2014.

Moving on to gaming on Xbox One, the first thing you notice is how everything looks practically perfect and ready to launch. Graphics and sound have no problem and everything about the story is already there. Even after several hours of gameplay, we never encountered a crash or any bug that justified the preview version.

It’s all so calm and peaceful… until it takes off!

The only real detectable flaw is a slight tendency to snap in some situations. Which, however, are also the less important ones, such as when you jump into hyperspace (where you don’t have to do anything but wait to be at your destination) or a small wait of three or four seconds when you open the map of the planets. of a solar system. Nothing annoying, in short. Apart from that, everything flows so smoothly and without problems that one wonders why the choice of the “Game Preview Program”.

Probably the developers, who are well-known perfectionists, have decided to release the final version only together with the new CQC Championship mode, consisting of online clashes between various players, available first for Xbox One and only later for PC, which however is not yet available. Better for those interested in the game, however, because they can buy it right away but at half price, saving a lot and finding in the hard disk a much more accurate title than many others with high-sounding names.

Finally, a special note should be made to how the developers handled the transition from keyboard to joypad. All the commands that on PC are assigned to a specific key, in the Xbox One version are accessible by direct pressure or through a menu that is obtained by holding down one of the four colored buttons of the joypad for a long time.

A simple but effective mechanism, which never proves uncomfortable, even in the most agitated situations. But if you ever find yourself wrong for some reason, there is the option to remap almost any command (which could be very useful in multiplayer, especially with Microsoft’s Elite Controller coming this fall).

In conclusion, if you are interested in the genre and you know English well, you don’t need to wait a single day more. You will not regret it.