Elmedia Video Player, more than a video player for our Mac: App of the week 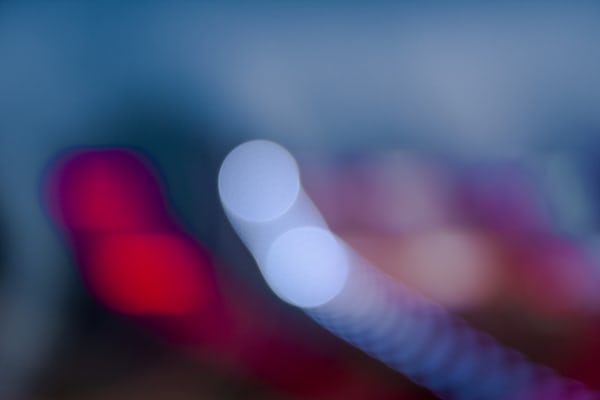 Elmedia Video Player, more than a video player for our Mac: App of the week

There are many, many video players for the Mac, and choosing one goes beyond its functions and almost falls into the personal tastes of each one. For me, a good player has to be aesthetic, be in the App Store and offer some extra specific options that I usually use regularly.. In this regard, I have been using Elmedia Video Player for years, a player that, according to my priorities, is the best that I have tried.

In terms of design, Elmedia Video Player is a very minimalist player. It consists of a single playback window in which the controls appear and disappear. In the main window, clean but with the necessary options, the playback controls appear, as well as the playlist in which we can store, for example, the different episodes of a series to watch them.

Along with these options we find the AirPlay button, with which to play the content wirelessly on an Apple TV or almost any other SmartTV on the market, and the button web links, which allow us to watch YouTube, Vimeo or DailyMotion videos, among others, through a native app.

Functionality: playlist and online videos, among others

With regard to functionality, the application has many options with which we can adjust practically all aspects. In the field of reproduction, for example, we can adjust the speed, the delay of the audio, of the subtitles, equalize the video, the audio, etc. But the options go even further. We can configure the Elmedia player so that automatically look for the subtitles of the content in opensubtitles.org and show them to us, an option that also works with videos from YouTube, Vimeo, DailyMotion, etc.

Another option that is useful is the playlist to which we can add content that will chain its reproduction as we progress. The playlist is saved when we close the application, as well as the point where the playback was left, so resuming our favorite series is as easy as opening the app and pressing Play, we will continue exactly in the episode and minute in which we leave it.

Playlists, videos from the web, automatic subtitles, personalized equalization, streaming to our Smart TV, and much more.

Playback can be fully controlled via keyboard. Our use of this function may be reduced to the most basic keys, such as play / pause or activate subtitles, but if we want to adjust the offset of the subtitles we can also do it.

Regarding the last point, the availability in the App Store, I have to say that a long time ago I made the decision to reduce to 0 the applications that come from outside the Mac App Store on my Mac. The reasons for this decision lie in security and, above all, how easy it is to reinstall the app from the App Store shopping list when I completely restore the computer. Therefore, although There are many alternatives to play videos on our Mac outside of the App Store, I prefer Elmedia Video Player.