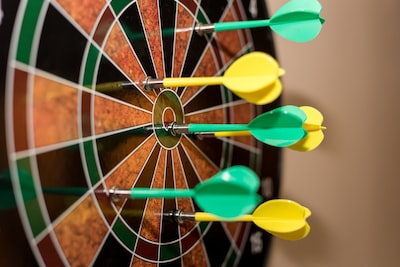 After the expulsion of Fortnite from the App Store on August 28, Epic Games has requested before Judge Yvonne Gonzalez Rogers the readmission of its game in the Apple store. At your request for the injunction that returns Fortnite to the App Store, Epic Games calls Apple’s decision “retaliation”. This is a new judicial chapter in a saga that is already on its way to its second month of experience and that will probably last even longer.

Today we asked the Court to stop Apple’s retaliation against Epic for daring to challenge its unlawful restrictions while our antitrust case proceeds. This is a necessary step to free consumers and developers from Apple’s costly, anti-competitive control. https://t.co/r2XxhitjMp

In a request of more than 180 pages, Epic Games refers to Apple in very harsh terms. In addition to ensuring that from Cupertino they have decided to punish Epic Games canceling your developer account as well as all the games associated with it (Fortnite is the most prominent), they continue to argue about an alleged monopoly in the App Store by Apple. The bases of this precautionary measure include that:

Perhaps the most striking thing about the writing is the mention of a metaverse, a kind of “meta-universe”. Epic Games describes it as “a persistent and multipurpose interactive virtual space”, where Fortnite would already contain many of those features. Apple would be preventing its creation with the expulsion from the App Store, so it would be causing “irreparable damage”.

An injunction unlikely to succeed

The injunction requested by Epic against Apple has little sign of success. And is that Judge Gonzalez Rogers already refused to take action in this regard a few weeks ago. At that moment prevented the Unreal Engine from entering the conflagration between both companies, and stated that:

Epic Games is free to maintain its agreements with Apple in a state of rupture while the litigation continues, but as the Seventh Circuit recognizes in the Second City Music case, “the logical way to proceed is that and continue trading while you build the case. “

In other words, Epic Games was free to redirect the situation, remove the hotfix that made it violate the rules of the App Store, be reinstated and continue with the litigation. Or not. The judge went so far as to affirm that by going a different path, the damages would be the result of “his own decision”. An analysis that aligns with that carried out by the Cupertino company.

Apple claimed to be willing to re-admit Fortnite to the App Store, provided it resolved the change that caused the conflict. From Cupertino they said that this would not prevent them from continuing their fight in court. Epic Games decided to continue to defy Apple’s rules, which led to its final expulsion from all its apps from the App Store on August 28.

We will have to wait for the final decision of the judge in this case. However, everything points towards a more than probable rejection of precautionary measures requested by Epic Games.