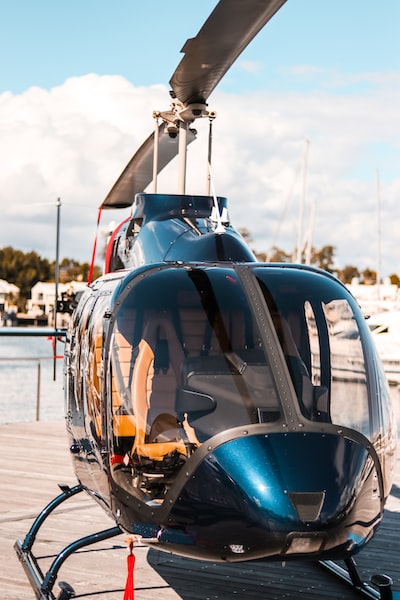 Did you put February with hearts in your calendar for reasons other than Valentine’s Day? Then we have some bad news for you: Far Cry 6 will not be released in that month. It is still unknown when you can show your best guerrilla tactics. More about this in a double-thick N8W8!

Good night everyone on this October 30th. A busy day. For example, the first TV images were shot today in 1925 by John Logie Baird. He did that in your Guard’s favorite European city: London. Yep, the city to which NS now trains directly, without us actually being able to use it. On this day in 1973, something special also happened: the bridge connecting Europe and Asia was opened in Istanbul. Do you know what is also open (look, a bridge): this packed N8W8!

It’s a lot of Borderlands 3 and a lot of battle royale: Arms Race. The expansion Arms Race lets you plunge onto an island without weapons or anything. You have to work hard to get power-ups and finish the others before it happens the other way around. In itself it sounds pretty straightforward so far, but partly due to the Borderlands background, this can be quite cool. November 10, Arms Race appears in Borderlands 3’s Designer’s Cut.

Far Cry 6 and Rainbow Six: Quarantine are being delayed

Far Cry 6 and Rainbow Six: Quarantine have both been rolled over by Ubisoft to next fiscal year. The reason is that the development of these games is stagnating due to working from home. The games will be released after April 1, 2021, as that’s when Ubisoft’s fiscal year begins. Too bad, because Far Cry 6 would actually be released on February 18, 2021. On the other hand, the delay could mean that the team behind the hugely hyped game will hopefully not have to do crunchtime because of this, which is considerably healthier for the developers.

World of Warcraft Shadowlands will be released November 23

If you are erasing something from your calendar: put in something new. At noon on November 23 (this year) Shadowlands will be released for World of Warcraft. The pre-expansion event also kicks off on November 10th. Want to know more about Shadowlands? Read more about the expansion of the long-term MMO here.

This is Destiny 2: Beyond Light’s launch trailer

Darkness has arrived and a little while longer and the new time begins. That ominous fate awaits the guardians in Destiny 2. The new DLC Beyond Light is almost out and that is why Bungie has made a nice bombastic launch trailer. November 10th is the day!

These are the Xbox games with Gold for November

DualSense 5 controller vibrations can be turned off

Good to know: You can turn off the haptic feedback from PlayStation DualSense controller. This is what Sony writes in the owner’s manual: “Do not use the vibration or trigger effects if you are having problems with the bones, joints or the muscles of your hands or arms. If you have medical issues with this, do not play titles that use these controller capabilities unless you have these settings turned ‘off’. To turn these features on or off, go to Settings> Accessories. “

In addition, Sony has indicated that the console has various options to help blind gamers, for example:

PlayStation 5 offers a voice dictation feature to quickly enter text without the use of a virtual keyboard. Just speak the words and they will appear on the screen. Screen Reader provides blind and partially sighted users with options to hear text on the screen while deaf and hard of hearing users can type text messages that are spoken aloud. These features support multiple languages ​​worldwide on PS5. ”

It won’t be long before the next Call of Duty game appears. However, you may still have some homework for that time: the game requires quite a few gigabytes: 50 to 250 pieces. Last year it was said of Call of Duty: Modern Warfare that it needed a lot of memory, but the same is now true for the new game. The hardware specifications of the game have been announced, showing that at least 175 GB of space is required to play the full game. Below you can see the full specifications, which, among other things, explain how much you need when enabling ray tracing or ultra rtx.

These are the minimum specifications:

The streaming competition is fierce and Netflix feels that. For example, it will push prices up in the United States. The HD Standard plan will go up by one dollar ($ 13.99) and the 4K Premium plan will go from $ 15.99 to $ 17.99. If an American now takes Netflix, he or she must immediately pay more. Netflix sends an email about it to its subscribers in the United States, who can flix for a few more months without the price increase. Sounds far from our bed? Well, if we’ve learned anything from the past, it’s that Netflix price increases don’t often remain nationwide.

This is when The Mandalorian returns exactly

It’s hard to be patient, because your Wait is eager to see how The Child fares: The Mandalorian season 2 luckily appears on Disney + today! At least the first episode. On the other hand, October 30 is a very broad concept. Is the episode already on Disney +? Not yet at the time of writing this N8W8. According to sources from Polygon, that can be true, if we stick to American times in the Netherlands. In America (PST) the episode appears ‘shortly after’ 12 am. That means that in the Netherlands we can expect it just after 8 am. Good to know: there is a new episode every week and there are no gaps. The eighth and last episode of this second season can therefore be seen on December 18. Come on baby!

Hey, Michael Myers is back!

It’s kind of how you describe Wait herself when she just woke up: Michael Myers is back. The horror character keeps rising from semi-death every year at Halloween and this strange year is no exception. He is in the trailer of Halloween Kills. The film was supposed to be released this year, but a rapidly spreading disease threw a spanner in the works. It will be entertaining again, because the director of the film is David Gordon Green, known from Halloween from 2018. October 15, 2021 Halloween Kills will (probably?) Be in theaters.

Michael Bay is making a film about the pandemic

Another Michael then? The trailer for Michael Bay’s new film may be a bit intense: especially now that things are not going very well in the Netherlands in terms of virus figures .. Bay, known from the Transformers films, shows in his new flick what can happen if we still suffer in 2024 of the coronavirus. In fact, COVID-23 will already exist in 2024 and this evolution of the virus means that the world will be in lockdown for the fourth year. Other actors Alexandra Daddario, Bardley Whitford, Demi Moore and Jenna Ortega can be seen in the film, which is probably less full of surreptitious advertising than we are used to from Mr. Bay.

Tonight is Devil’s Night, the night before Halloween and the equivalent of lazy. Yep, the United States is getting ready for Halloween. Your Wait was already a creepy cop before her gym class, are you doing anything about this spooky party night? DidYouKnowGaming did: that made an extra spooky episode of their fine film series about retro gaming.

This vampire dives into her coffin, juicy necks have to be bitten tomorrow. Enjoy your Friday and Baby Yoda. Have a very nice day today!