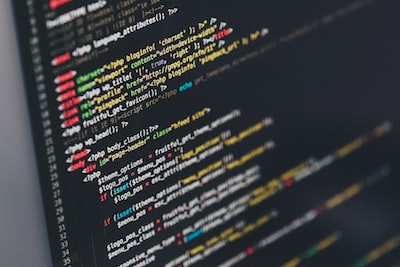 Log in by 23:59 on September 23 to get a free Silver Reward Pack containing players, consumables and club items

UPDATE AT 19:00: The Web App is finally available! Read our review before you start doing some transfer market!

EA Sports has opened the doors of the new FUT 20 version of the Web App. By connecting according to the rules set out below, you will receive welcome kits and packages, as well as rewards for daily access. You can connect to this address

With the packages received, having access to the market even without having the game yet, you can start trading and earning money. We recommend that you look at the prices on FUTBIN first.

FIFA 20 is coming, and as usual EA Sports will be making it available for players to FIFA 20 Ultimate Team (FUT), the new edition of the Web App which allows you to manage your team as you would from the menu of your game on console or PC, from the comfort of the browser of your desktop PC, tablet or notebook. The Web App, as the name implies, is in fact an application that works on any browser. Most importantly, the Web App allows you to market and receive daily bonuses even without having bought the game yet. On this page we will explain how to make the most of this very useful tool, which will save you a lot of time.

September 27 is the official date of the release of FIFA 20 by EA Sports, but through EA Access and Origin Access it will be possible to access well 4 days in advance, on September 24.

Like every year, you will be able to access the Web App to manage your club and get other benefits even before you own the game. On this page we will explain how to do it.

But what many are waiting for is the release of the Web App, a PC application that allows you to access your club and the FIFA Ultimate Team market.

On September 13, the FIFA 19 Web App was officially taken offline for maintenance operations and made it compatible with FIFA 20. Maintenance is indefinite, but should end on September 18, while the Companion App for iOS and Android will be available the next day.

Like every year, the Web App, together with the Companion App, will allow you to manage your club without accessing the game, in particular the following functions are crucial:

First of all, you will be able to manage every management aspect of your team (you will be able to do everything that is possible to do from the game, except play the games, and in addition it offers several advantages that we will illustrate on this page.

If you haven’t had early access, you can still use the app after purchasing your copy of FIFA 20.

This year the versions for each platform and the different editions of FIFA 19 are several. Here is a series of pre-order offers that will guarantee you different bonuses explained below in the article:

FIFA 20 Standard Edition will be available from 27 September:

The Champions Edition will instead be available three days before, or from September 24:

For a limited time, until October 10th, EA Sports offers you daily rewards for accessing the Web App. They are random and even something quite rare may happen to you.

Redeeming these packs is very important to get you off to a good start with FUT. In this mode, in fact, the credits generate credits, and if you stay at zero you will not be able to do anything, the contracts will expire, and you will not have credits to buy extensions or other players, in short you will find yourself in difficulty. You will therefore understand that it is very important to grab these packages to find valuable items to sell in the transfer market, in order to start with a good budget.

We have estimated that an initial credit of between 10,000 and 20,000 credits will allow you to build a fairly competitive team.

Play on the Market: if you have a lot of time available, know that this topic is a lot covered by Youtubers and specialized blogs. Everyone has their own theory or best method on how to earn credits easily on the FUT Transfer Market, a bit like the stock market. Finding great deals and players at a much lower market price than usual is quite simple. There are currently around 2 million players in the market, during peak hours, so there’s no shortage of supply. As usual, the best advice is to buy in the most unlikely hours (late night or early morning), and sell during peak hours (from late afternoon to after dinner).

TRICK: ALWAYS CONSULT FUTBIN TO KNOW THE VALUE OF THE PLAYERS YOU INTEND TO BUY AND SELL, THEY ROCK A LOT FROM HOUR TO NOW!

FIFA 20 – How to earn credits through SBCs or SBCs (Squad Creation Challenges) available at launch:

FIFA 20 Ultimate Team – the best ways to earn credits with the Web App:

FIFA 20 Ultimate Team – Create a squad without having credits.

Are you short of money? No problem! This guide below will give you a tip on how to create a competitive squad without funds.

Transfer Market: Earn 10K to 100k credits with it sniping

If you love the management aspect of FIFA 20 FUT, much more than playing the games themselves, this method is for you. It will allow you to accumulate a good number of credits in a relatively short time.