Final Fantasy 12 The Zodiac Age – Classes, Zodiac License Board, Zodiac Job, Gambits and how to build the best party 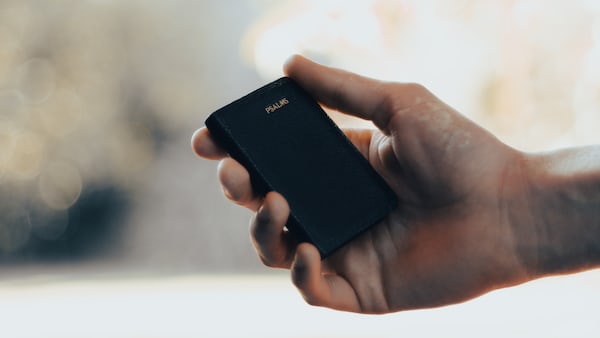 Final Fantasy 12 The Zodiac Age – Classes, Zodiac License Board, Zodiac Job, Gambits and how to build the best party

As you may already know, the Final Fantasy 12 Zodiac Age remaster is based on the “International Zodiac Jobs System” from Japan, which is different from the original PS2 version in some ways.

The most notable difference is, of course, the new way in which the Licenses. Characters can now choose a permanent class, known as the Zodiac Job, and within those classes there is a License Board, which has several upgrades, including new Gambits for your character.

At first it may seem very confusing, but in this guide we will explain everything you need to know in order to get the most out of Final Fantasy 12 The Zodiac Age. If you are still undecided whether to buy the game or not, you can read more about him on Digital Foundry.

Zodiac Jobs and License Board – which class should you choose?

When you unlock Zodiac Jobs and the License system, each time a new character joins your party, you can assign them a job. The game gives you the opportunity to analyze each one before deciding which one you want to choose. Bearing in mind that this choice is permanent, it is better not to choose a job until you decide which way of playing you like best.

The twelve Zodiac Jobs, corresponding to the signs of the Zodiac.

When a new character joins your team, he will come equipped with armor and a weapon, which suggest the class you should choose. For example, Basch has a sword, Fran has a bow, etc. Although you are free to choose the class you want for the characters, we recommend that you don’t stray too far from the “pre-defined” path – although you can make Basch a White Mage, he has more HP, so choose a melee class it is a better choice.

Bearing this in mind, when you have the opportunity to add a second license (after defeating Belias and winning your first Esper), it can be advantageous to choose a “wrong” class for your characters, in order to balance your team. For example, melee classes have more HP bonuses available on their License Board, which can be used to evolve Mages, and add some magic skills to a melee fighter, which means that a class melee can continue to be useful in a situation where you cannot use physical attacks. Further on, you can find more information about this.

:: Check out the November PS Plus offers

Theoretically, there are trillions of combinations available when you are building your party and its Zodiac Jobs, so we are not going to list all the options, of course, we will just make a brief presentation of each class:

At the beginning of the game you will only have 3 characters available, but as you progress through the game you will gain access to 6 characters, from which you will be able to choose a team of three, so it is important to carefully choose the classes in order to be prepared for all the occasions. There is no “correct” way to choose your team, but there are a few tips to help you choose:

In addition, it is very likely that you will end up choosing three “favorite” characters for your party, but remember that it is also important to use the other characters. Characters can earn LP to unlock new skills even if they are not being used, but the only way to earn EXP is if you put them in your Party. Imagine that you are already in an advanced stage of the game and suddenly you need a character or class that you never used, you will be at a disadvantage because you have never evolved that character. So it’s a good idea to switch parties.

The best Licenses to choose from on the License Board

With the huge amount of things you can choose from on the License Board, you can end up getting confused, so it is important to set a goal. Our suggestion is that, instead of always choosing the same type of Licenses, choose a little bit of everything, in order to keep the board balanced.

Another thing to keep in mind is the fact that high-level weapons, armor, spells and accessories will only be unlocked as you progress through the game. Therefore, it will not be very useful to obtain a level 5 Sword license when stores only sell level 3 stores.

In this case, you should assign the points to something that can be useful immediately, instead of focusing on just one type of upgrade.

How Gambits and Gambit Licenses Work

Gambits are a list of instructions that your party members will follow. The items at the top are the ones with the highest priority, so when it is your characters’ turn to play, they will start to “read” the list from the first item until they find an action that is appropriate for that situation. At the beginning of the game you will have few slots and options available, but you can buy shares at the various merchants located in different places, in addition to that you can also unlock additional slots on the License board.

Most of the time you can choose what you want, but in some battles you will need to add or remove certain things. For example, if you have a Black Mage with a Gambit that causes him to launch a fire attack at the nearest enemy, and the enemy is a Fire type, you will have to disable the Gambit. Otherwise, you will take little damage and Gambits will become a nuisance instead of helping you.

We recommend that you always have a member in your party with a “Self: Libra” gambit first, so that you will have an advantage in battle and you will discover the pitfalls. In addition, we also recommend that another member of your party have “Ally: Cure / Cura” in first place. The limit you set for this Gambit will depend on your HP and MP levels. For example, if you call it too early you can waste MP, but if you call it too late your enemy may already be dead.