Final Fantasy 7 Remake on Steam Deck: Does it live up to the PS4 masterpiece? 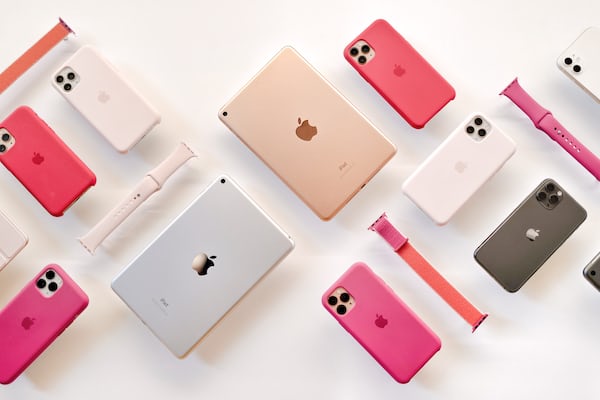 Final Fantasy 7 Remake on Steam Deck: Does it live up to the PS4 masterpiece?

Turning 25 is something to celebrate, especially when your name is Final Fantasy VII and you introduced the J-RPG to millions of players. It probably did not escape you: Square-Enix took advantage of this anniversary to announce several new features around its cult game. Among them, the arrival of Final Fantasy VII Remake Intergrade on Steam, which may seem trivial. And yet, with this news comes another promise: a game that runs flawlessly on Valve’s Steam Deck. We couldn’t resist the urge to check it all out.


As a reminder, Final Fantasy VII Remake Intergrade (which includes the Intermission single player DLC) was released on PC in December 2021, but exclusively on the Epic Game Store. A version that had disappointed us a little, especially in relation to the lack of graphic settings and the impossibility of taking advantage of a 21:9 format for compatible screens.


A few months later, Square-Enix’s J-RPG arrives on Steam, for a version that remains identical. On this point, do not expect new graphics options (still no DLSS, FSR or ray-tracing) and the content is strictly the same. On the settings side, we limit ourselves to the resolution of the textures, the resolution of the shadows, the display rate and the density of the crowd… and that’s it. However, the game is expected to run well, thanks to a well-mastered Unreal Engine 4. Unsurprisingly, if you already have the game on the Epic Game Store, you have no interest in picking it up on Steam… Except maybe if you have a Steam Deck.

Because yes, FF7 Remake is indeed “Perfect for the Steam Deck”. Remember that this “label” from Valve guarantees your game to run at an acceptable level of fluidity (at least 30 FPS), to offer smooth handling and well-readable texts. The list of games fully compatible with the Steam Deck is growing day by day and there were over 1200 by the start of May. And the good news is that Final Fantasy VII Remake Intergrade makes the list and the game quality is indeed there.


But apart from this defect, we must admit that the fluidity is impressive, even if the framerate tends to yoyo. On large combat scenes with multiple characters and loaded effects, for example, the game will drop to 35-40 FPS, but this will not impact the quality of the gaming experience. If you want to keep a framerate more stable, it will however be necessary to set the display rate to “30 FPS” in the graphics options. A choice which is, in our opinion, not the wisest, because the exploration phases “out of combat” display most of the time between 50 and 60 FPS.


This observation is however especially valid for the main campaign of FF7 Remake. The Intermission DLC is indeed a little more demanding: with the level of detail at maximum, it is difficult to exceed 40 FPS in exploration, while the combat phases will run most of the time at 30 FPS, with some drops to 25 FPS. Fortunately, it is enough to lower the resolution of the textures and shadows to boost the fluidity and increase to an average of 40-45 FPS.

The 7-inch format of the screen, moreover, remains pleasant and the texts are very readable. 720p, on the other hand, will tend to give a slight blurring effect to certain textures. On the other hand, Final Fantasy VII Remake will bring your Steam Deck to its knees somewhat in terms of heating and autonomy. Since the last update of SteamOS, the noise of the ventilation is much more controlled, but the back of the console will quickly rise in temperature. And without limiting the power of the chip via the dedicated option in the console settings, the playing time will struggle to exceed 1:45. It is a constant defect for the “AAA” on the console of Valve: the autonomy in free fall.

As a reminder, the Steam Deck is currently available on the official website of its manufacturer Valve. Delivery times have lengthened in recent months and a reservation today should allow you to receive it in October 2022 at the earliest. The reservation does not commit you to buy, but you have to pay 4 euros down payment.


Final Fantasy 7: the remake arrives on Steam, but still not on Xbox

In addition to being compatible with the Steam Deck (gaming PC in portable console format), Final Fantasy 7 Remake Intergrade on Steam is accompanied by the Episode INTERmission extension dedicated to Yuffie Kisaragi, the shinobi of Wutai, as on PS5 and the Epic Games Store. For the record, this improved and amplified version of the Final Fantasy 7 Remake includes a completely customizable photo mode as well as a classic difficulty mode.


For the occasion, the Japanese publisher Square Enix once again reveals the synopsis of this first part: “The world is controlled by the company Shinra Electric Power Company which exploits the mako, the vital energy of the planet. In the megalopolis of Midgar, a group of idealistic outlaws known as the Avalanche are one of the last strongholds of resistance. Cloud, a former member of Shinra’s elite troops, accompanies Avalanche on an operation to destroy Mako Reactor #1. The explosion plunges the city into a chaotic inferno, and Cloud is tormented by visions of a enemy he thought long dead.”