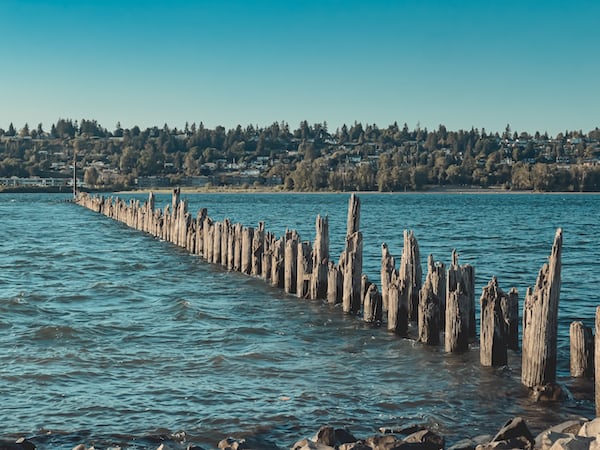 It’s frankly hard to miss just how extraordinarily good Midgar and its inhabitants look in the PlayStation 5 version of Final Fantasy VII Remake. A game frankly already very solvent – although with some flaws – in its version of the previous generation it takes on a new life with improved lighting, sharper textures, and extra pampering and detail in the faces and animations of the characters that make everything seem , at the same time, realistic and dreamlike. The work Square has done is so striking that it is difficult to understand why it is hidden behind a bureaucratic micro inferno, of menus and versions and extended editions and downloads within other downloads.

Surely, if you have jumped to the new generation lately, all this will not catch you again. Most of us are sadly used to the technical chaos of updating our games from their previous version to the improved one. The case of Final Fantasy VII Remake, however, seems a bit more ambiguous than what we are used to, and that the bar is quite high. Those who have purchased Final Fantasy VII Remake through the PlayStation Store will be able to upgrade to Final Fantasy VII Remake: Intergrade for free, but if instead of paying for the game you have achieved it through the promotion of the PlayStation Plus service last March, then Not only will you not be able to update it for free, but you won’t be able to do it at all. To enjoy the added content, you would have to buy the full game on PS4, and then update it to PS5.

Final Fantasy VII Remake: Intergrade includes all the improvements to graphics, textures and loading times that have been added to the game thanks to the capabilities of the new Sony console. The title also adds a small scene to the previous ending that gives us more clues and solves some doubts about the outcome. If Tetsuya Nomura left us a bit in suspense with a series of details at the end of this remake that we were not very clear about how they fit into the original Final Fantasy VII timeline, here we will find, at least, a small clue. However, this barely thirty-second scene is all the original content that the patch offers; If we want the new plot, we will need the DLC, Final Fantasy VII Remake: INTERmission, an adventure that allows us to control Yuffie – a very classic character from the original game that has not yet appeared in this first part of the remake – and that offers us his perspective on certain events that had already happened in the main game. This expansion is included with the Digital Deluxe Edition of Final Fantasy VII Remake, and those who have the game on disc or in the standard version can buy it on PlayStation 5 at a price of € 19.99.

The episode intended for Yuffie, in all fairness, is pretty cool. It is reminiscent, to some extent, of the later DLCs of Final Fantasy XV: a self-concluding story in which we experience the specific point of view of a character, and that makes us revisit certain scenes that we already knew from another prism. At the same time, half an act of inclusion, half an extreme marketing maneuver, these new chapters contextualize the character, give him a more concrete background and serve to make those who did not play the original at the time understand why the release is so fondly expected. inclusion of this little ninja girl in the next part of the remake. INTERmission – I’ve written it a ton of times, and I still don’t know if it’s a brilliant or a horrible name – it’s completely free to play, via a menu on the home screen, and it doesn’t use our level, progress, or our objects, so technically we could finish it at any time. Even so, and as Square Enix itself warns us, it is better enjoyed if we have already finished the main story.

The main value of INTERmission is that Yuffie is totally and utterly adorable. The character retains that particular charisma of being a girl with a young and adorable appearance, but a very bad character; a confident ninja who doesn’t hesitate to throw flowers at herself when she makes a good combo or solves a puzzle. We will interpret her from her arrival in Sector 7 until a certain event that takes place there towards the end of the game, and it is a kind of origin story that tells us a little more about her birthplace and the purposes that ultimately lead. Yuffie to intersect with the destinies of the protagonists we already know. There is no shortage of references to the main story, but also to other works from the Final Fantasy VII universe, such as Dirge of Cerberus.

Most of the time we will go through familiar scenarios, but through Yuffie’s different combat style and movement dynamics. When using shurikens as a weapon, ranged attack will be more critical than ever. With one button, we can launch them from afar, and with another, we can get closer to the enemy that we just shot to hit them from close up. The character also has a series of abilities that allow him to create blows with a greater attack range or change the elemental magic that shurikens use, to cause weaknesses to enemies, raise his fatigue bar and do more damage when we have already stunned him. . While it is true that it takes a bit of getting used to how their weapons work to the game’s signature action and turn-based combat hybrid – something more, I would say, than the combat styles of characters like Aeris or Tifa – after a few first measures something more run over your system flows just as well as everyone else.

Taking advantage of the dynamics of the launches, the already known phases are complemented by other new areas more focused on the platform. We will hook ourselves to chains to jump from one platform to another, we will climb through gates – it is, after all, a ninja – and we will activate buttons and collect loot that a priori would not be in our range. But these phases are more of a small curiosity than a general element: most of the time we will spend it either in Sector 7 or in Shinra Barracks. This means that, graphical improvements aside, INTERmission does not make much effort to hide the already known defects of the base game. Some levels are a bit more repetitive, or at least maintain the usual dynamic of looking for buttons to activate to go back, open doors that we could not enter, or restore the power to take an elevator, and so on. We had also seen the mini-bosses that we are meeting already in the main story, and perhaps they lack packaging for this; yes there is a totally new battle where the game decides to put all the meat on the spit and show us complex patterns, different phases and much more picturesque kinematics.

The new episode is around four or five hours long if we don’t stop too long, but there are a handful of side quests and minigames that we can spread out further if we wish and add a couple more to the counter. We can also spend quite a few minutes trying out different combinations of materials, which will alter the way Yuffie uses her weapons and also the way her attacks synergize with her adventure partner. The result is a small addition that, without great fanfare or news, is quite interesting to play because it allows us to enjoy more specifically all the technical improvements offered by the PlayStation 5 patch.

It is also an extremely rare chapter to play. He mentioned that in the transition from one generation to another, the implementation of Final Fantasy VII Remake: Intergrade is excessively complex, full of buts and conditions and extra payments that surely a large number of players will incorporate in order to have the full experience. It is not just a complaint from a well-to-do player who doesn’t feel like having to grapple with charts and graphs every time she wants to install a game – even though she may have a bit of this – but one more drop of water that is about to fill the glass. of Square Enix games’ marketing and backward compatibility policies. Without having fully recovered, yet, from the piles of compilations of the Kingdom Hearts saga, and the excessive convolution of something that could be as simple as simply playing the entire saga, the same company attacks again by unnecessarily fragmenting a title which is already divided into several packages. As if they had turned a deaf ear to all the controversy that led to Final Fantasy VII Remake being a game divided into different parts – and not only that, but the number of chapters it will consist of is still undetermined – we attended a new division of content that, on this occasion, leaves out all those who have bought the game on PlayStation 4 and have not wanted or have not been able to make the leap to the next generation.

Due to its intergenerational gameplay feature – or at least, intergenerational in the future, when the second part comes out – the Playstation 5 patch for Final Fantasy VII Remake was a practically unavoidable addition. Isolating additional content that, by all accounts, and being largely made up of recycled content, has absolutely nothing that could not have fit equally well on the PlayStation 4 puts a bit of a strain on the consumer’s hand. But hiding it behind another payment barrier, and leaving it completely out of certain versions of the game begins to be difficult to accept. And even if what is offered in this Intergrade and this INTERmission is, honestly, enjoyable by fans of the game, the original, the remake and the saga, it is hard not to think about the need to dilute this Final Fantasy VII of this a way so artificial and so little considerate of the player who has supported the title from the beginning. An attitude somewhat symptomatic of the video game industry and current consumer dynamics, but even more pressing in a company that continues to do so, saga after saga, indifferent to the criticism or claims of the people who buy its products. Perhaps, in the total set of things, a trifling and expendable detail, but definitely not a good place to look towards the future of the Final Fantasy saga and Square Enix video games, in general.