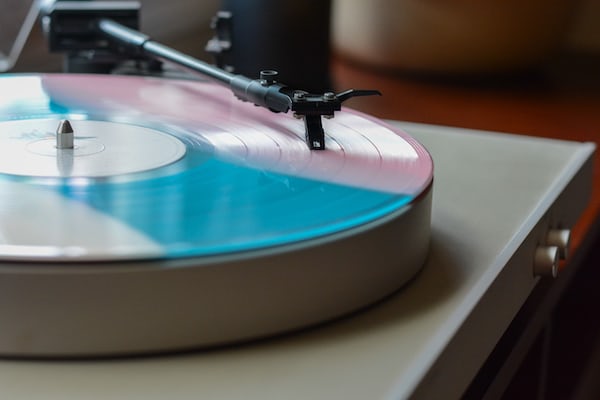 You will remember a few months ago the review of Final Fantasy XIV: A Realm Reborn by the good Lorenzo Fantoni, in which he talked about how Square Enix had revived his latest MMO from the ashes. In that article he praised the positive aspects without forgetting to list those details that were still missing and that could represent a problem once the maximum level was reached.

Reading the notes of the 2.1 update, called A Realm Awoken, it almost seems that the closing lines of that article have been considered and applied. In fact, on December 17 a new update was released, decidedly full-bodied, which adds to Final Fantasy XIV: A Realm Reborn some really interesting news, both from the point of view of history and longevity, as well as fixing some bugs and filing down some imperfections.

A Realm Awoken therefore adds a lot of meat to the fire, dramatically increasing the possibilities for fun in a continuous evolution of the story that will accompany us in the months to come. Numerous missions have been added to the Main Scenario, the main story strand to be clear, the one that takes us step by step around the continent of Eorzea in an attempt to unravel its mysteries.

Our little house outside: pretty isn’t it?

These new chapters will be usable only by reaching the fiftieth level, thus prolonging our adventure that will lead us to the discovery of fantastic locations and, of course, new rewards. Thanks to this update we will also be able to try the first missions concerning the Beast Tribes, or those tribes of creatures that populate Eorzea. At the moment, thanks to the daily missions it will be possible to find out more about the history concerning the Sylphs and Amalj’aa tribe, certain that new ones will be added in the future.

“The Crystal Tower, brought to light by a cataclysm, is a gigantic structure that for many ages has been considered a legend”

With A Realm Awoken also comes the Crystal Tower, a gigantic crystal structure that for many ages has been considered only a legend. Unearthed by a cataclysm, this dangerous maze hides precious artifacts from the past, guarded by guardians unwilling to warmly welcome. This adventure is designed to be completed by a maximum of 24 players and will obviously see us engaged in an attempt to steal the precious artifacts from the forces of evil, a not exactly ordinary undertaking, where numerous bosses are waiting for us to send us back to the sender.

We could not refrain from trying this difficult test and the result was certainly not the best, since unfortunately the time limit was not enough to finish our race, but we will not fail to try again as the Crystal Tower is truly a fascinating place and we are lovers of impossible challenges.

Ifrit in extreme mode will give us a hard time.

Staying on the subject of challenges, two dungeons designed for low-level players, Haukke Manor and the Copperbell Mines, have been revised, and we will be given the opportunity to explore them in Hard Mode, again once we reach the current maximum level. However, they can still be visited in their normal version, so don’t despair.

“It will be possible to face three dangerous Primals again as Ifrit, Garuda and Titan in Extreme mode”

It will also be possible to face again three dangerous Primals such as Ifrit, Garuda and Titan in Extreme mode, where the extreme will not only be the challenge but also the amount of patience necessary to endure any defeats. A virtue also necessary to face the unfriendly Ultima Weapon again in a new test called Ultima’s Bane, a name that is anything but reassuring. Of these challenges we wanted to try to meet Ifrit again and if we tell you that it was easy we will lie to you shamelessly but with a good organization and a good group it is a feasible meeting.

The monsters, whether new or old, will not be the only ones ready to give us loud blows: A Realm Awoken also introduces a new map called Wolve’s Den entirely dedicated to PvP, to the delight of young and old alike who love fighting between players. We can access it using the ferry from Moraby Drydocks, located in Lower La Noscea. A mission will accompany us to discover this new mode and will be obtainable once the thirtieth level is reached by speaking with the NPC designated in the headquarters of the Grand Company to which it belongs.

We will be able to enter PVP thanks also to the Duty Finder.

The system is fairly straightforward, with two teams with balanced levels and blistering blows until one team is defeated. Even this PvP, like any other self-respecting, has its ranks and its rewards at the end of the clashes, with which to buy equipment designed specifically to help us survive in battle. In short, if we are tired of the blows taken in PvE we can go to Wolven’s Den and take others from human opponents.

“This update introduces Housing, so that our Free Companies can have a home”

If, on the other hand, we are tired of being used as punching bags, we can relax comfortably in our warm and welcoming house. That’s right, this update finally introduces Housing, so that our Free Companies can have a home. There are three residential areas and can be accessed, always guided by a convenient explanatory mission, from the three city-states that also host the headquarters of the Grand Companies.

Once we have bought a plot of land, we will build our house having the possibility to customize it at will, both internally and externally, in its total entirety. Roof, windows, doors, wall color and whatever else will be changeable to make our stay in Eorzea pleasant.

We will find Duty Roulette in our indispensable Duty Finder.

However, if the sedentary life is not what suits you but you still want to make improvements to your home, it will also be possible to do it with some of the materials that we will find with the new treasure hunter skill.

“The new contents seem to offer an endless amount of novelty”

Shovel in hand, we will be able to go to Wineport in Eastern La Noscea from H’loonh, a nice NPC ready to assign us a mission, which as always will help us understand the basic mechanics of this new skill. But let us remember to be careful because unearthing the treasures will not always be easy and there will be no lack of pitfalls deriving from monsters and other enemies placed on guard.

The news, however, is not over yet and for the joy of those who do not know how to choose which activity to dedicate their time to, Duty Roulette has been added to the already present Duty Finder system. The name itself says a lot and in practice consists in the possibility of leaving the choice of what to participate to the case; in addition, at the end of the trial we will get a bonus reward. The Duty Finder itself has received numerous improvements and for example it will now be possible to find in each explanation of the activities also the optimal composition of the group required to complete it.

Together with Duty Roulette, a system of commendations that can be assigned to other players has also been included and, once the challenge is over, we will have only one point to assign to the player who in our opinion was most useful, giving him the possibility to unlock some achievements and to have access to useful rewards. The same goes for us: by receiving these points we will be able to spend them as we want but from what we have seen, the players who have chosen classes devoted to damage will have a very hard life in this respect.

“Gargantuan”: This was the first word that came to mind as we rehearsed the new content of a truly epic aspect ratio update, with a seemingly endless amount of novelty. But it must be said that A Realm Awoken it is not only quantity but also quality, so much so that it is easy to get lost if you want to experience them all in a short time.

We must therefore congratulate the team again Final Fantasy XIV: A Realm Reborn for having conceived A Realm Awoken, which we can enjoy with serenity during this winter break. So get ready to spend pleasant moments on Eorzea, without forgetting that in the next 2014 the version for PS4 will see the light. Happy Holidays, and Kupo!