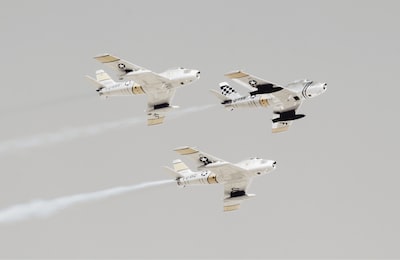 Final Fantasy XV offers a particularly vast game world that can obviously be explored on foot but which also allows the player to take advantage of some decidedly useful and faster means.

There Regalia has been your travel companion from the very beginning of the game but has a flying variant that must be unlocked. THE Chocobo on the other hand they can be unlocked in the course of your adventure by completing a handful of tasks. Therefore, our guide promptly arrives to offer us all the tips necessary to obtain these two very important means of travel.

We start with the flying Regalia.

How to get the Flying Regalia

The Regalia Type F is an absolutely optional vehicle that can only be unlocked at the end of the game. In order to unlock the vehicle it is essential to first clean up three imperial bases. Two are related to the main story and allow you to obtain two key items: Warped Wings (Curved Wings) and Unstable Stabilizer (Unstable Stabilizer).

The third component is the Strange Engine and is linked to a secondary mission that should activate once you have completed the previous bases and that will push you towards Fortmouth Garrison. In this case the mission is very difficult to complete and a higher level than the recommended one is recommended. Get ready because you will have to face battles with two giant mechs.

Once you have also recovered the third component, you can ask Cindy to improve the car to transform it into a flying vehicle.

By obtaining this improvement, you will guarantee a vehicle that does not need additional fuel, you will get a trophy / achievement and the possibility, according to some rumors yet to be confirmed, to reach otherwise inaccessible and secret areas.

How to unlock the Chocobos

To unlock the Chocobo it is necessary to progress within the game world until you get to the region of Duscae. It will be Prompto to talk about the possibility of using creatures as a means of moving but to do so it will be necessary to speak with Wiz at the Chocobo Wiz Outpost (Wiz Chocobo Outpost).

Wiz will reveal to you that it is unsafe to use Chocobos for travel due to the Behemoth named Deadeye roaming the area. Your task will be to defeat this creature in order to be able to rent the Chocobo. To defeat Deadyeye as simply as possible you will have to take advantage of the lack of the right eye by attacking from that side and using fire spells on the oil barrels that are in the area of ​​the creature’s lair.

When the Behemoth is close to the barrels, use fire magic to deal a lot of damage. As for the defensive aspect, the best way to survive is to take advantage of the various rocks present as covers.

Once this sort of Behemoth hunt is complete, you can get rental tickets from the dedicated terminals and finally start taking advantage of the Chocobo.

Fantasy, Final Fantasy, How To